Africa: the current challenger the continent of the future 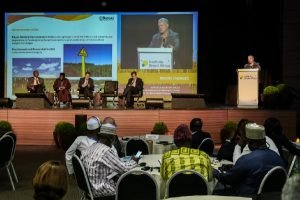 Responsible for 40% of Africa’s GDP, agriculture is a source of income for more than 70% (seventy percent) of the African people. There is also the potentiality for becoming one of the main global food suppliers; the Continent faces challenges such as technological deficiencies and a limited capacity for innovation. That panorama has been gradually changing due to important exchanges of technological and scientific knowledge.

In this perspective, representatives of governments and the private sector, business leaders, investors, and academics gathered in the city of Foz do Iguaçu to participate in the fourth Brazil-Africa Forum in November 2016. The event was organized by the Instituto Brazil-Africa (which publishes ATLANTICO Magazine), was not only seeking to strengthen the dialog between Africa and Brazil in the field of agriculture, but also to introduced new perspectives for institutional partnerships and business opportunities. Africans look towards Brazil for inspiration to reduce poverty and increasing productivity; Brazilians, on the other hand, find in Africa a field full of possibilities.

“Although agriculture is the main source of financial support for Africans — employing the majority (⅔) of its entire labor force — it has not been given sufficient importance to South-South Cooperation”, laments Yemi Akinbamijo, executive director of the Forum for Agricultural Research in Africa (FARA). “On the other hand, it is encouraging that Brazil has prioritized agriculture, as the main field of cooperation with partners from the South”.

Relevant in all aspects, Africa is the second largest continent on Earth. It owns 60% of the world’s uncultivated land, 30% of the global mineral reserves, and 15% of the world’s population. “US$ 1.4 trillion in consumer spending and also the second largest population by 2020. All these reasons expose the dimension of the potential for investing in Africa”, reminds Andréa Menezes, president of Standard Bank in Brazil.

A defender of cooperation with Brazil in areas such as research, mechanization and infrastructure, Chiji Ojukwo, director of agriculture at the African Development Bank (AFDB), calls attention to the changes that agriculture on the African continent needs in the coming years. According to him, the AfDB expects to invest from 2017 to 2019 in at least 92 agricultural projects, distributed throughout all regions in Africa, expecting to reach US$ 4.89 billion in financial support.

For the bank, infrastructure, agriculture, energy, and the business environment are integrated and cannot be analyzed in isolation. “Universal energy access by 2025 implies an investment of 60 billion dollars per year, to make it possible to increase production to 160 gigawatts/year. In order to achieve this, private investment is essential”, says Kapil Kapoor, AfDB’s vice president, adding that 60% of the population in Africa depends on agriculture.

Brazil has gone through a similar process. For 50 years, the country was a food importer and in last decades, it has become one of the largest exporters in the world. “Here, the grower plants corn and harvests seasoned and pre-cooked chicken, and ready for consumption. Here, the grower plants soy beans and harvests ham, yogurt, and other added value products”, says Jorge Samek, Brazilian director of Itaipu Binacional. “Brazil has already made a huge leap in the pesticides, nutrition, technology regarding machinery and equipment, agricultural machines for harvesting and storage”, adds Luiz Cornacchioni, president of the Brazilian Agribusiness Association (Abag).

Brazilian agribusiness has world reference status, among the world’s largest grain exporters in the world, together with the United States, Canada, Australia, Argentina, and the European Union. In addition, the Brazilian government has carried out technical cooperation projects through the Brazilian Cooperation Agency (ABC) and the Brazilian Agribusiness Research Company (Embrapa) in such countries as Togo, Tanzania, Ghana, Mozambique, and Angola.

Projects, especially technological transfer, have helped in the development of crops such as cassava, beans, and cotton. Seventy-two percent of the 2016 fundss invested by the agency are in Africa, in partnership with other governmental and private sector sources.

“Nowadays, there are 107 partners and in the next three years we will invest 18 million dollars in Africa”, reveals João Almino, ambassador and director of ABC. Burkina-Faso is among the destinations for investments for strengthening the daily-livestock business there, support for the installation of the PAIS (Sustainable Integrated Agro-ecological Production) system units in Senegal and support for increasing cassava production and domestic consumption, for the purpose of food safety and generating income in Kenya. 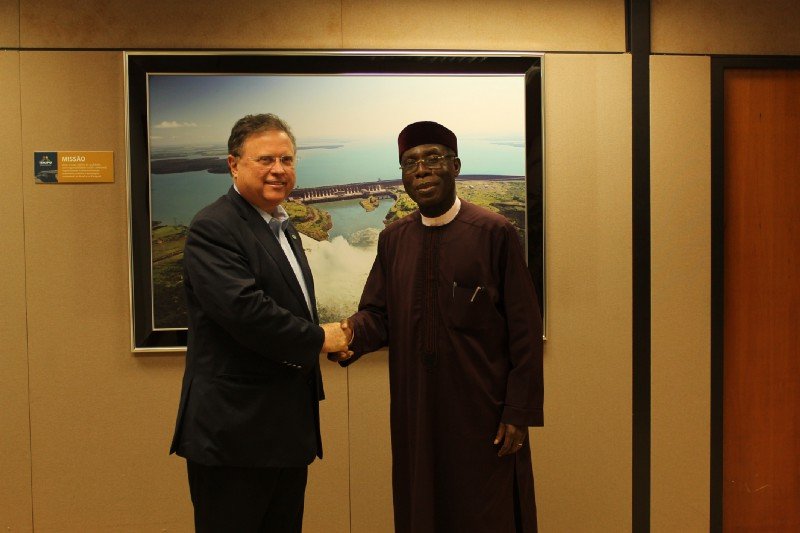 With this in mind, the government of Nigeria has been very interested in what Brazil has to offer. “Nigeria has the potential to become a major commercial partner of Brazil, but there needs to be reciprocity”, says the Minister of Agriculture, Livestock, and Food Supply of Brazil, Blairo Maggi, who during the event, met with the Nigerian Rural Development and Agriculture Minister, Audu Innocent Ogbeh. By reciprocity, the Brazilian minister speaks of trade balance between the two countries. After all, Brazil exports less than 1 billion dollars to Nigeria and imports more than 9 billion dollars of goods.

“In our trade agenda with Nigeria, the main product is sugar, but there is also a great potential in the field of meats, animal genetic material (semen and embryos) and live cattle”, says Odilson Ribeiro, secretary of International Relations of the Brazilian Ministry of Agriculture, Livestock, and Food Supply. “We have already submitted a certification proposal to Nigeria, we are waiting for the government’s position, so that we can first pass the certification and then release to trade agreement for those products”.

Audu Innocent Ogbeh says he is very interested in cooperation with Brazil and that other missions from Nigeria will be coming to the country shortly. The minister also showed interest in the acquisition of Brazilian equipment. According to him, Nigeria already has on order 50 thousand tractors, as well as silos and other agricultural machinery.

The Brazilian experience on fighting hunger

Many participants from the fourth Brazil-Africa Forum learned about the Brazilian experiences in using agriculture to eradicate hunger and promote development of rural communities. The event showed some successful experiences in this regard. One of them is the School Feeding program, which started in Brazil and, through a triangular cooperation, is being carried out no the African continent. “African heads of state met and agreed that school feeding programs are a priority for these countries. That is already a first step. Now, the African Union, the African Development Bank, and all the African entities can join efforts to help these countries build and strengthen these national school feeding programs”, said Daniel Balaban, director of the Center for Excellence Against Hunger of the World Food Program.

The work of the International Fund for Agricultural Development (FIDA) was also noteworthy. FIDA, which operates in Brazil through foreign credit transactions and is the main developmental agent in Northeast of Brazil, among international organizations that operate in the Country. There are eight projects being developed simultaneously, it has a portfolio of 640 million dollars. “Until very recently, until 2012, we had only one or two project in progress. The expansion was not only in the portfolio and the number of projects, but also in the area of activity”, explains Hardi Vieira, representative of the Fund in Brazil. “We think that this will be positive to stimulate a big exchange of experiences and knowledge”, says

The central role of the private sector

The private sector plays a central role in transforming Africa’s national economies. “In Africa, it represents 80% of the total production, ⅔ of the total investments, and ¾ of the total credits. While the economy in most parts of the world has experienced economic slowdowns, Africa has followed another path’, reveals the president of the African Development Bank (AfDB), Akinwumi Adesina, in a video filmed during the opening ceremony.

For Luiz Roberto Barcelos, President of the Brazilian Association of Fruit and Vegetable Producers Exporter (Abrafrutas), and Derivatives Brazilian Fruit and Derivative Growers (Abrafrutas), it is the private sector’s job to offer favorable working conditions, respect the environment, and invest in new production technologies. “Employees’ motivation is important to improve productivity”, he believes.