Since 1990, the coins and bills of Rand (ZAR), the official money of South Africa, come illustrated with images of animals, group formed with the five species of mammals that are the hardest to be hunted in Africa, or, as some prefers to say, the five most powerful animals in the African forests and savannahs. They are: lion, African elephant, buffalo, leopard and the rhino. Known as the big five these animals are of a symbolic importance to the culture and economy of some countries in the African continent.

The members of the “big five” were chosen because of the difficulty to hunt them and not because of their size. The term Big Five was used originally by the so-called “greatest white hunters” at the end of the XIX century and in the beginning of the XX century. These hunters sought to bring down the largest number of animals in the shortest period possible. 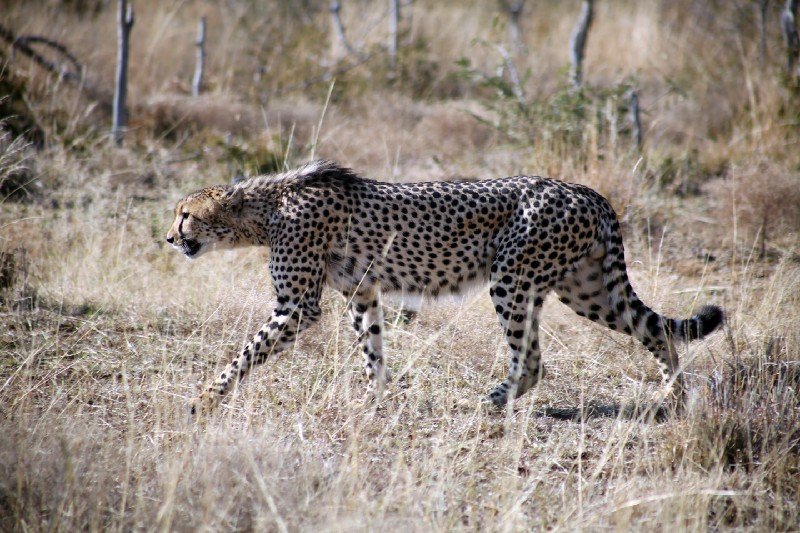 In addition to being considered a rite of passage for experienced travelers the safari was part of the agenda of the members of the European royalty and of the Heads of State, who traveled to Africa to hunt some big and dangerous animal. This way, the Big Five rapidly became known as the most dangerous to hunt by foot. With time, the firearms were exchanged to lenses of cameras from adventurous photographers. And the heads that were scattered were exchanged to images in the social media.

The countries where all the members of this group can be seen are Tanzania, Kenya, South Africa, Namibia, Zimbabwe, Botswana and the Democratic Republic of Congo. “ The Big Five are an attraction in all of our packages. It is extremely rare for someone to request a package to South Africa which does not include any safari, whether in private game reserve or in a national park”, sustains Dinah Carvalho, spokesperson of Kangaroo Tours, a tour operator specialized in safaris. “Certainly the animals have a huge appeal with the Brazilian travelers even though we make it very clear that there is no guarantee that the animals will be seen. Probabilities are high, but never certain”, admits.

Indeed, the animals are not imprisoned in zoos and each one of them pursues unique behavioral characteristics. Due to this, finding them is not easy or cheap work. The guide follows in the footsteps and check for information with other guides to find the animals. A tourist can take up to three days to catch sight of a herd of lions and buffalos. “Elephants and rhinos are unsociable, but buffaloes are more tolerant to the presence of other species of herbivores. The lions are felines remain in harems, with rare exceptions when the young males are expelled, unlike the leopards that are solitary,” explains the biologist Anderson Augusto, researcher of the Rio Zoo.

To have fun and raise awareness

With around 20 thousand km² -almost the size of Israel- the Kruger National Park in South Africa is home of 147 species of mammals and offers several safari options. “The Kruger plays an important role in the conservation and in employment in South Africa, since it attracts more than a million tourists every year and supports between 300.000 and 600.000 people living in the surrounding areas of the park,” explain Melville Saayman, researcher of North-west University and coordinator of a research on the economic impacts of the Big Five. According to him, 80% of the tourists who visit South Africa is interested in the wildlife.

In addition to boosting tourism and represent the fauna of South Africa, the Big Five draw attention to conservation issues. According to the Red List of the International Union for Conversation of Nature and Natural Resources (IUCN), elephants, lions and leopards are considered vulnerable species. On the other hand, the rhino is considered almost threatened. The buffalos, in turn, appear in the list as animals with less potential for threat.

The Brazilian Big Five
The mammals of the Brazilian fauna belong to species of medium and small size, affirms the biologist Anderson Augusto. However, using the size as a condition for naming the “Big Five”, would turn out like this: Brazilian-tapir (biggest Brazilian mammal), jaguar (largest Brazilian predator), puma (Second biggest feline), wetland dear and Capybara (biggest rodent in the world).

The Big Seven List
“The Big Seven” is term that includes the Big Five plus two others animals: the cheetah and the wild African dog.

These two creatures are very invasive and appreciated by wildlife enthusiasts who use cameras. The park Madikwe Game Reserve is a great place to appreciate the Big Seven. The park is currently the fifth largest hunting reserve and is also one of the less well-known parks in South Africa. With 750 km2, the park offers a series of luxury lodges and is the home of around 66 large species of mammals and around 300 species of birds.