The first aircraft promised by the Brazilian government to send humanitarian aid will go to Mozambique this Friday (28). The Ministry of Foreign Affairs, through the Brazilian Cooperation Agency (ABC), has promised to send two Hercules C-130 transport planes, from the Brazilian Air Force (FAB), to Mozambique, which needs a humanitarian emergency due to the passage of Cyclone Idai , which struck the country on March 14, with winds of more than 170 km / h, caused major floods and left 90% of the port city of Beira, the second largest in the country. 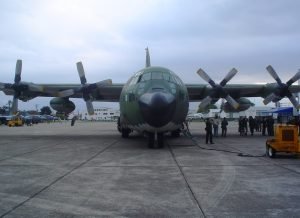 At this early stage, Brazil’s humanitarian assistance brings together rescue teams from the National Force of the Ministry of Justice and Public Security, consisting of 20 search and rescue specialists, boats and other equipment adapted to that type of disaster, and the Fire Department Military of the State of Minas Gerais formed by 20 other specialists and corresponding equipment, including vehicles.

The Ministry of Health donated 6 “kits” with medicines and basic health supplies, capable of providing emergency assistance to 9,000 people for up to one month.

This first shipment of Brazilian humanitarian assistance will be transported to the city of Beira, where more than 700 fatalities are already confirmed, according to the Mozambican government.