Commodities: What Can Africa Learn from Brazil?

The economies of Brazil and Africa are similar in many respects including being largely commodity dependent especially during the 2nd half of the 18th century and both embarked on export-led growth strategy during the 20th century to promote accelerated development and structural transformation of these economies.

Several decades on, the adopted strategy of export-led growth appears to have yielded mixed results. While the economy of Brazil has successfully moved away from being largely commodity-dependent, to one with a significant share of its export basket consisting of manufactured goods (from cars to Aircraft), Africa remains trapped in primary commodities with oil alone accounting for over 50 percent of its GDP and export earnings. Associated with this syndrome is perpetual deficit in trade balance for African economies while Brazil’s trade balance has largely remained favourable, excepting of a few punctuated periods. 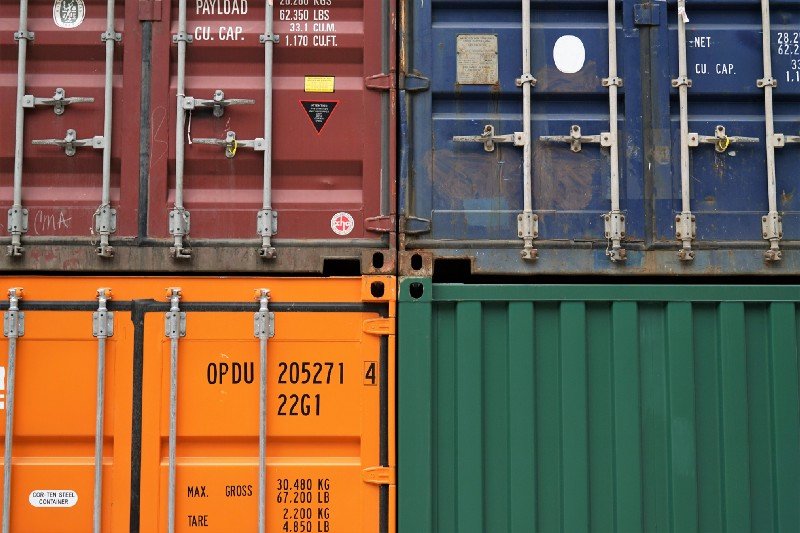 The change in commodity prices, especially soy and iron ore, showcases two important and recent periods in Brazil’s economy. The first period occurred from 2003 to 2013, when high global commodity prices led to economic growth, increased wages and employment rates and helped the government undertake developmental projects. The second period saw a stark drop in commodity prices and in getting around the challenge, the government turned to subsidies for specific sectors, tax incentives, price controls and additional credit offered by public banks. However, the strategy appeared not have generated the desired impact in relation to growth, and contributed to a state of uncertainty that ultimately discouraged investment and increased the deficit in public accounts. In a related development, the period 2010–2016 witnessed profound volatility in the economic fortunes of the largest economy in South America. For instance, from a growth rate of 7.5% in 2010 to a recession of 3.6% in 2016 amidst stagflation with inflation rate of 8.7%, before marginally recovering to 0.7% growth in 2017 and is projected to strengthen further to post output expansion of 1.5% during 2018. The positive reversal of the economic performance of Brazil provides a case study for similar economies including those in Africa.

Economic narratives are saturated with abundant evidence of the significant contribution of trade and openness to the economic fortunes of an economy especially emerging and developing countries. Exalted contribution of trade and openness to growth and structural transformation of most economies have been anchored on the catalytic role of trade in contributing to, (i) foreign exchange earnings, (ii) importation of capital and investment goods to promoting manufacturing and value addition, (iii) market expansion which plays an important role in increasing domestic production, expansion of gross domestic product, and reducing unemployment through the creation of employment opportunities, and (iii) promoting technology transfer especially from the developed, to emerging and developing economies, among others.

Accordingly, most developing economies in Africa and Latin America embarked on a paradigm of trade-led growth from the beginning of the 20th century culminating in a steady growth in trade volumes in several countries including Brazil and those in Africa over the past four to five decades. For instance, while Africa’s trade volumes grew from US$125 billion in 1980 to over US$1 trillion over the 3-year period 2011–2014, and recording about US$800 billion in 2017, developments in Brazil’s trade followed a similar pattern growing from US$47.6 billion to about US$400 billion during the same period. 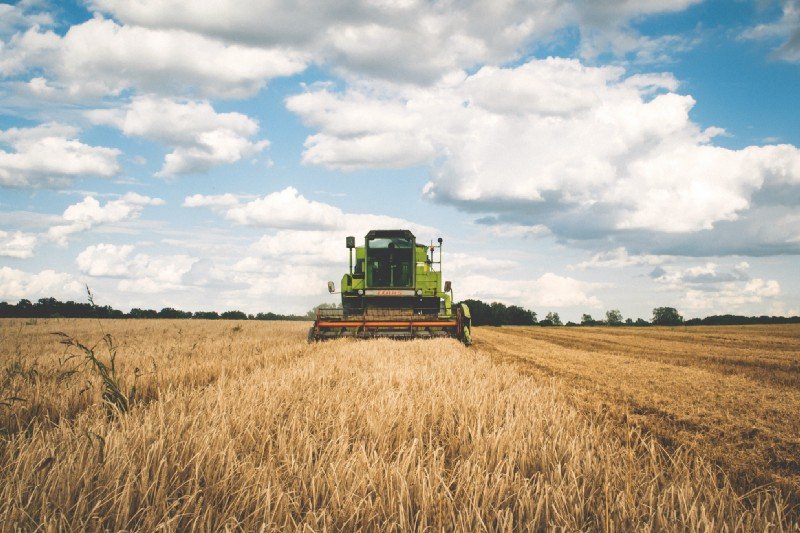 Notwithstanding the similarities in trade growth patterns between Africa and Brazil over the four decades, (1980–2017), it is evident that while Brazil has impressively enjoyed a relative favourable trade balance since 2000 (except for 2013–14 for obvious reasons), Africa’s trade balance with the rest of the world has largely been unfavourable amplified by the recent slump in commodity prices. Most notably, while Brazil’s trade balance has remained positive since 2015 notwithstanding the lingering effect of the commodity prices, Africa’s trade continues to register deficit balances.

In the foregoing, it is evident that trade has been critical to the Brazilian and African economies. It is important though to highlight that, in Brazil, especially during the 1960s and 70s, exports accounted for only a small part of the national income, and the difficulty in maintaining favourable trade balance was partly explained by, the country’s external debt position and associated re-payments during the period as well as reliance on commodity exports. The country however, witnessed a reversal of the situation characterized by several years of trade surpluses in the 1980s and 90s into the 2000s underpinned by government effort to promote value addition and diversification to its export basket.

In a global economic architecture where increasingly, trade is dominated by manufacturing, the resilience of the Brazilian economy as compared to Africa during the aftermath of the end of commodity super-cycle is predicated on the country’s relative significant share of manufactured goods in its export basket compared to Africa.

Other factors have equally contributed to shaping Brazil’s economic and trade fortunes over the past four to five decades including a sustained decline in the country’s foreign debt, flourishing exports characterized by growth in the ethanol industry supported by government financing, and continued efforts to negotiate increased access to foreign markets, among others. This development set the stage for a sustained expansion in the country’s manufactured exports. Manufacturing currently accounts for about 20% of the country’s GDP, 40% of its merchandize exports and more than one-tenth of the labour force. In Africa on the other hand, manufacturing contributes a paltry 10% of the continent GDP and about 28% of merchandize exports. As the world’s seventh largest economy, Brazil has become the 8th biggest automotive producer globally and remains the 6th largest producer of new light vehicles. The South American country has been a major world supplier of automobiles, producing nearly two million vehicles per year is a host to top 5 automotive producers for passenger cars comprising Volkswagen, Fiat, General Motors, Ford, and Renault. In March 2018, the country produced about 260000 units of cars including light vehicles, trucks and buses. Other major manufactures include electrical machinery, paints, soaps, medicines, chemicals, aircraft, steel, food products, and paper, and has continued to be a major producer of textiles, clothing, and footwear. 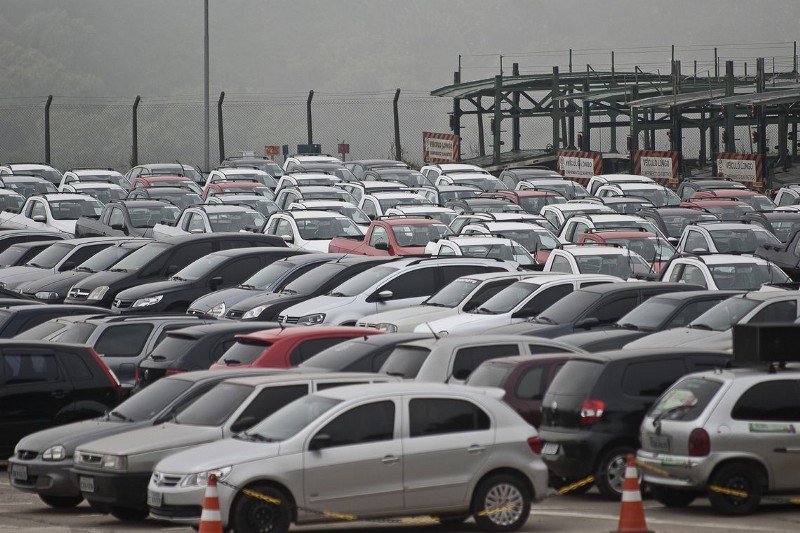 Creating a sustainable growth pattern through backward and forward linkages, the Brazilian Development Bank (BNDES) has been a major off-taker of the buses and trucks produced in the country. The auto-making industry receives more than 25% of the bank’s total financing. For instance, in 2014, the bank invested about 5.3 billion Brazilian Real. The BNDES is currently introducing new financial incentives in financing research and electric buses and the government is finding ways to reduce taxes for owning electric vehicles. There are other incentives and programs being implemented by the government to boost investments and to attract more investors in the automobile industry which boast of numerous business opportunities. Hence, with increased government and financial backing, the market entry of Brazilian automotive industry seems promising. Attractiveness of government policies in highlighting investment opportunities and potential of the economy attracted additional external financiers including Chinese companies like BYD which are investing in the electric vehicle market identified as huge potential market. In fact, it is expected that by 2020, electric vehicles production will reach 35,000 units. With foreign players already in the local market, processes are already in place for further foreign involvement and continued growth and expansion of the Brazilian economy. 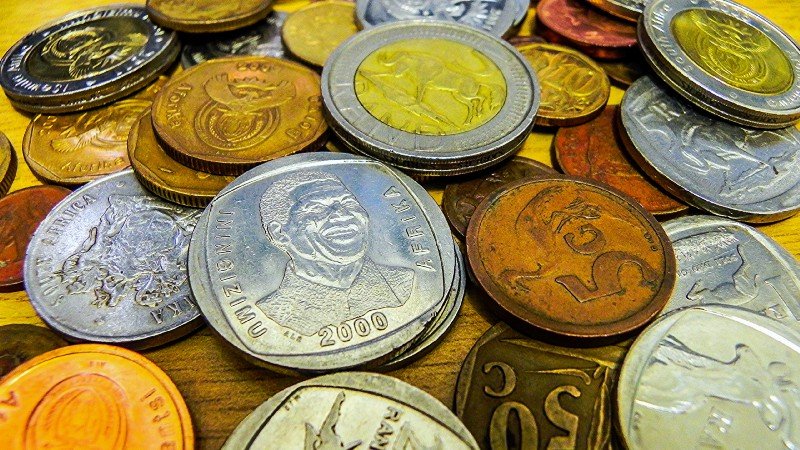 Africa and Lessons from Brazil

Africa’s trade continues to be driven by primary commodities including oil with manufactured goods constituting a small fraction of the continent export basket. Unbridled dependent on commodity export renders an economy susceptible to global commodity price volatility and terms of trade shocks with attendant liquidity constraint and macroeconomic management challenges. The experience of Brazil, from largely commodity dependent to manufactured exports including production of cars and aircraft present valuable lessons for the African continent in relation to policy prescription and mix as well as the required roles of government and development finance institutions.

The immediate attention should be a concerted effort at diversifying the continent sources of growth away from commodity exports to value addition and manufacturing with a view to improving the continent’s terms of trade and trade balance. This necessitates the creation of synergies of backward and forward linkages through the establishment of regional value chains (RVCs) to enhance competitiveness and foster effective integration of African economies into global value chains (GVCs). The potential benefit of this approach is premised on the fact that despite the remarkable growth of Africa’s trade over the last two decades from US$270 billion in 2000 to about US$803 billion in 2017, reflecting improved integration with the rest of the world, its trade accounts for less than 3 percent of global trade, mainly on the back of product concentration (mainly primary) in its export basket and is behind-the-curve of structural transformation. The establishment of regional value chains and accompanying backward and forward linkages will serve as a catalyst for increased production of light manufacturing goods in the apparel, leather products, woods products, metal products, and agribusiness industries. Policy formulation should thus focus on providing inbuilt incentives to encourage the private sector undertake such investments to propel the continent on a higher growth trajectory.

In the context of large trade financing gap, estimated to exceed US$110 billion annually in Africa, both development finance institutions (DFIs) and commercial banks should be encouraged to complement specialised financial institutions set up by governments, to finance businesses in the light manufacturing industries with a view to facilitating the process of industrialization. In this regard, the African Export-Import Bank (Afreximbank) for instance, through its Intra-African Trade Initiative (IATI), is supporting growth of intra-regional trade through increased financing and investment in trade supporting economic infrastructure to expand light manufacturing industries with the view to transforming the structure of African economies and diversifying exports and drawing on economies of scale consistent with the aspirations of the African Continental Free Trade Area (AfCFTA). Preliminary estimates and simulations suggest that the AfCFTA could significantly expand intra-African trade and industrial production. Specifically, intra-African trade in industrial products is projected to increase by US$60 billion annually if the implementation of the AfCFTA is accompanied by robust trade facilitation measures. In terms of financial commitment, the Bank aims at increasing intra-African trade financing from US$170 billion in 2014 to about US$250 billion by 2021 and, by so doing, contribute to the achieving 22% share of intra-African trade of Africa’s total trade which currently stands unfavourably at about 15% compared to Europe (59%), Asia (51%) and North America (37%). Furthermore, to facilitate export development and industrialization, the Bank is creating industrial parks and special economic zones in selected countries across the continent.

To attract potential external investors into the continent, ongoing reforms including banking and regulatory reforms embarked upon during the early 1990s should be continued to contribute to creating an enabling and business friendly environment. The relevance is to ensure that the cost of doing business in the continent is not relatively cumbersome and deterrent to would-be investors. Brazil has amply demonstrated that it can be done and therefore Africa with its huge potential can emulate the good example set.