1/4 of the world population does not have access to modern energy services. This statistic displays that will is a strong trend for the energy demands to increase at an alarming rate. However, in order to supply these energy needs for the increasing populations in developing regions without destroying the environment has become one of the main challenges humanity is facing in order to achieve global and sustainable energy supply.

Africa continues as the region with the highest population growth. By 2015, the African continent will be the home to 21% of the world population. Currently, about 80% of the people who live in Sub-Saharan Africa do not have access to an electrical energy supply. They depend exclusively on burning the biomass for cooking and heating — wood, vegetal coal, and manure. Although, the continent has great potential for renewable energy supplies that have yet to be exploited, but it is needy in partnership relationships with other countries for the assurance of these projects.

Northern Africa, for example, has a technical potential that exceeds its local demand. There are various thermal solar technologies, such as parabolic using reflectors, energy towers, and parabolic disc concentrators, which provide good perspectives for future innovations and reduced costs. An important enhancement would be to create large-scale thermal energy storages, which could extend the operating time of these systems much beyond the available solar illumination period.

Currently, the main source of African energy is thermoelectric powered by diesel oil. However, there are existing clean energy supply projects in such countries as Kenya and Zimbabwe, based on solar and wind energy. In Mauritania, the potential for wind energy is estimated at over four times the actual internal energy consumption needs in the country. Sudan already produces 90% of its needs without resorting to external energy sources. Cabo Verde already achieves 25% of energy from renewable energy sources in its network and there is a forecast for achieving 50% by 2020.

“Decades of technological progress show that renewable energy technologies, such as wind turbines, photovoltaic solar panels, biomass energy plants, and thermal solar collectors are constantly improving in order to transform and adhere to the main trends of the energy market nowadays”, the report discloses “energetic [r] evolution — Perspectives for a sustainable global energy source” published by Greenpeace in 2007. For the organization, renewable energy sources are available, and in many cases, the costs are lower and without the negative environmental impact related to the exploitation, transport, and processing of fossil fuels. “It is renewable energy, jointly with energy efficiency and energy conservation, which must be further explored in the world — and not collecting and the storage of carbon –, in such a way as to neutralize the main cause for climatic changes — which is the burning of fossil fuels, such as coal, petroleum, and gas”, the document states. Underground storage of carbon was responsible for the death of 1,700 people in 1986, after gas escaped in Lago, from the Nyos crater, Cameroon. 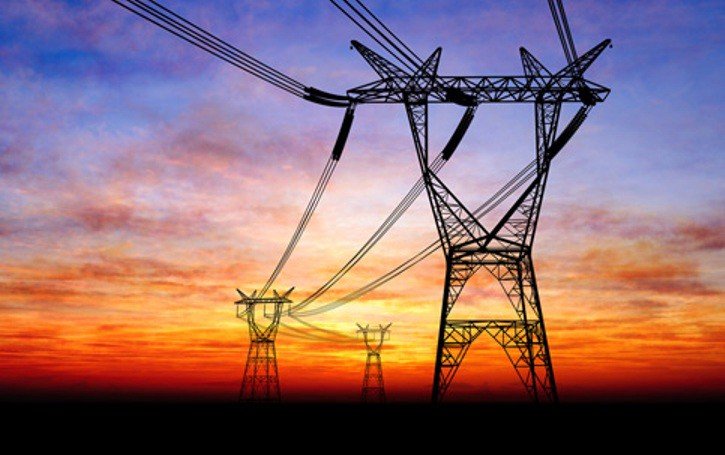 According to the United Nations Commission for Sustainable Development, access to energy services is a prerequisite for the reduction of poverty in the world. Since 2008, the body has met every two years in Vienna, Austria, to discuss the global panorama for the production and distribution of energy sources sustainably. And the African continent is always in the epicenter of these discussions. That is because around 40% of the people who live in Africa do not have an electric power supply. In spite of the ambitious plans of the governments to increase the power generation capacity and transmission lines, the extension of the network is still not able to keep up with the growth of the population in many locations, causing a decrease in rural electric power supply levels. However, the production of electric energy on the African continent must be considered as very well defined strategy, especially regarding the definition of the power supply network. For this purpose, Brazil has made a significant contribution, especially through its private enterprise sector that participates in the development of hydroelectric power plants.

The greatest potential on the continent is in the Congo River basin. According to specialist, complete exploitation of that river would generate 150 GW of power, the equivalent to the energy demand from the entire African continent. “The problem is that the Democratic Republic of Congo is a bankrupt country with an immense area of land but without control or infrastructure. The political situation is also very weak, as the current president is very weak and as a consequence, there a various rebel groups who want to take over the power” states Izael Pereira da Silva, director of the Excellence Center for Renewable Energies and Sustainable Development at the University of Strathmore, in Kenya.

He considers solar energy is the most feasible kind of power for the African continent, since almost the entire continent has plenty of sunshine during the whole year. “Before, the problem was economic, as the solar panels were expensive and not many people were importing solar systems. Nowadays, the situation has completely changed and Europe as well as China has entered the race for conquering the African Market which is very promising. Countries, such as Senegal, Kenya, Tanzania, and South Africa are already considered as ripe for solar energy”, he explains. According to the researcher, many governments have made solar panels, batteries, and all other solar energy related equipment tax free, whether they are independent or connected to the national network. Besides that, some initiatives have sought to attract investments in the private sector, such as the “feed in Tariff” and “net metering”.

Currently, Africa counts for 151 GW of the installed capacity and of that 17% are from renewable power sources, and the largest one of those is hydroelectric. 28% are gas propelled sources. The other 55% are produced by diesel propelled thermoelectric. There are also heavy fuel oil and other combustible fossil fuels besides natural gas. Renewal sources are increasing a lot, but such countries as Egypt, Libya, Algeria, Tunisia, and Morocco, where petroleum is very cheap and make energy generated by petroleum even more developed.

Brazil has an in depth experience in the field of wind power and biomass generation. Besides that, the Brazilian expertise in thermal solar energy technology, especially for the purpose of water heating has unequaled importance due to the new laws on energy for eastern Africa, which demands that 60% of the water heating is based on solar means. However, Brazil has to face strong international competition. “The Chinese, Germans, and on a smaller scale, the North Americans are trying to introduce their technology in Africa at affordable costs”, Izael Pereira da Silva, the researcher comments. “About five years ago, the Brazilian government created a project named Portal Africa and sent around 300 businessmen to prospect some business deals in some regions in the continent. I am not really sure, but it seems like that initiative did not make much progress. Embrapa seems to be the company that has the mission to unite Brazil and this continent but we are still expecting to see some good initiatives”, In spite of the competition, we still expect the participation of Brazil to increase. Brazilians have constructed a refinery for producing ethanol for Sudan and Petrobras is working with the government of Tanzania in the exploration of petroleum at ocean offshore platforms.

The academic framework also provides good opportunities for Brazil, based on the evaluation of professor Izael Pereira da Silva. “Very few people here have studied in the university. The government has very little funding and their priorities are focused on other issues. Almost all the universities here are focused on courses in humanities, and then just a black board and chalk are enough. Very few institutions train the people in the field of engineering and even those which do just use a black board instead of laboratories. Therefore, the number of patents on the African continent are extremely rare”, he tells. This panorama is enough to justify the good opportunities for the cooperation of renowned Brazilian universities, such as USP and Unicamp. The Strathmore researcher also points out that the research on ethanol and projects, such as “Luz para todos” (Light for everyone) as ideal for exchange programs among scientists.

Brazilian technologies are more adequate to the situation in Africa than the technologies from Sweden, Japan, Germany, and the United States.

Brazilian companies are generally more evaluated by Africans. Africans in general have greater admiration and esteem for Brazil and for Brazilians.

The competition from India and China where they supply cheap products and they are very aggressive in their business practices.

The corruption and slow existent actions in some countries hinders closing business deals. It can take years for some negotiations to be put into effect.

“The demand for production and the distribution of energy in Africa, considering the population and the number of countries, can be served by Brazil due to experience of this country in diverse energy power networks, and especially hydroelectric power”, João Bosco Monte confirms, the president of the Brazil African Institute. The institution will promote the 3rd Brazilian African Forum from November 19th to the 20th in 2015, planning to discuss the challenges and opportunities for supplying energy. The meeting, according to Monte, will make dialog possible among businessmen, academics, and African national leaders, so that ideas can be shared and close partnerships linked to energy production between the African continent and Brazil. “The Forum seeks to stimulate renewable energy production, public-private funding, as well as introduce strategic investment opportunities for both regions and the implementation of local projects”, he concluded.

The event will include the participation of the Brazilian head director of the Itaipu Hydroelectric Power Plant, Jorge Miguel Samek. He hosted the visit of a committee of authorities from the Democratic Republic of Congo in 2013, who were interested in becoming familiar with the experience from the Brazilian-Paraguayan hydroelectric plant. Itaipu also served as a reference for feasibility as it is the largest hydroelectric power in the world, the Grand Inga, on the Congo River has a potential for 49 thousand megawatts, double the Chinese power plant of “Três Gargantas” (Three Throats). During the committee meeting at that time, the Brazilian director confirmed that he is open to “all types of possible partnerships for harnessing the hydroelectric potential of Congo, whether it is feasibility studies, designs, treaties”.

The World Energy Council (WEC) also sponsored and participated in the event. According to the general secretary of WEC, Dr. Christopher Freik, “the forum promises to be a good opportunity for the involvement of not only the Brazilian energy sector, bus also connecting to Africa”. The Counsel even suggested the participation of committees present in diverse African countries at the event. The president of the Brazilian Committee of the World Energy Council, Norberto de Franco Medeiros, confirmed his participation. There will be 54 countries from the African continent and there will be 22 national committees.

SDGs: Tang Shengyao, from FAO, talks about the role of South-South Cooperation

“Trilateral cooperation is the path to development,” according to IBRAF economist