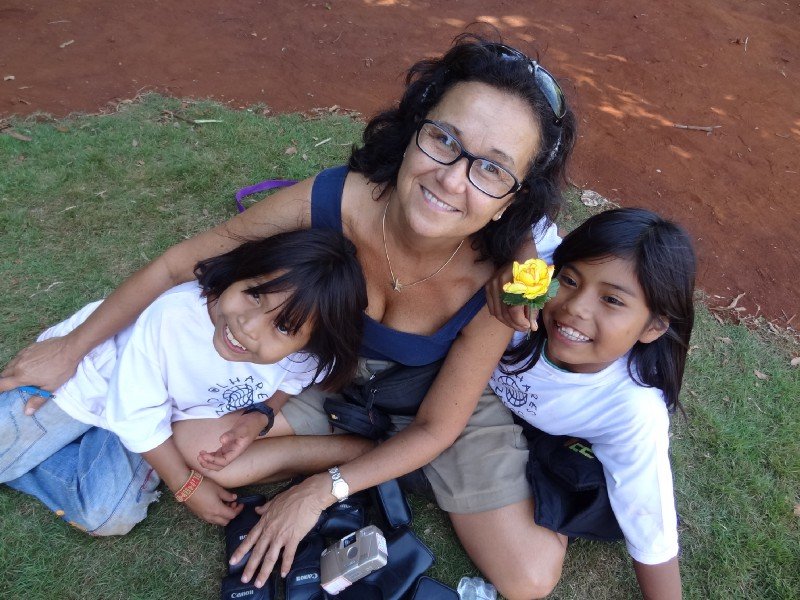 Dirce Carrion, the photographer, when she stepped on the African continent for the first time in 1995. “Our strong connection to the continent really impressed me. After that, I started focusing my work on Africa”. She remembers, in the year 2000, when the 500 year anniversary celebration took place in Brazil, she exported her work to Zimbabwe, Kenya, and South Africa in a photographic exhibition that displayed images comparing images captured in Brazil to those in African countries. “People could not know where the photographs were taken as they were so similar”, she tells.

Dirce had already done those types of shootings, but she felt like she needed to expand her photographic work to Africa. “Africa was very far away, as it did not take an active role in the policies and interest of Brazil at that time. I could not get any support for my projects. So, much so, that exhibition was funded by our own resources”. But, after that, things started to change. There were many back and forth trips. A total of thirty-nine trips, she said. However, the results have been encouraging.

The interest for the African reality and the search for similarities to the Brazilian reality resulted in the “Olhares Cruzados” (Crossed Glances) project. Basically, the project seeks to promote increased exchanges between the communities in the low HDI of Brazil and the African continent. Currently in its 13th edition, this initiative has already produced seven documentaries and published thirteen books. But this material is just the tip of an iceberg before beginning a project on a much greater scale.

“I had a photographic agency; and the concept arose for initiating a social work project, involving a community in the Chacrinha Shanty Town, in Rio de Janeiro. This community coexists surrounded by drug dealing to a certain extent, thus, there are not many ways for children to express themselves. And also, it was a reality we could include in our documentary” she explains. “Then, we asked them to tell a little about their daily lives. In parallel, we wished to portray a similar initiative in a place where the children also faced a difficult situation. So, we chose Cabinda, in Angola”.

In 2004, that place became a war zone, due to the separatist movement in Angola. “We brought our photographic gear and took photographs of the children and also wrote letters for sharing among the children in Brazil and Cabinda”. Afterwards, the experience was repeated in Maputo and Porto Alegre. “As both these countries spoke Portuguese, we also shared letters”. The idea was presented in the World Social Forum in January 2005. Due to this, the International Relations Ministry invited us to shoot another edition in Haiti. “Afterwards, an ambassador in Brazil from Senegal invited me to do the work there”. 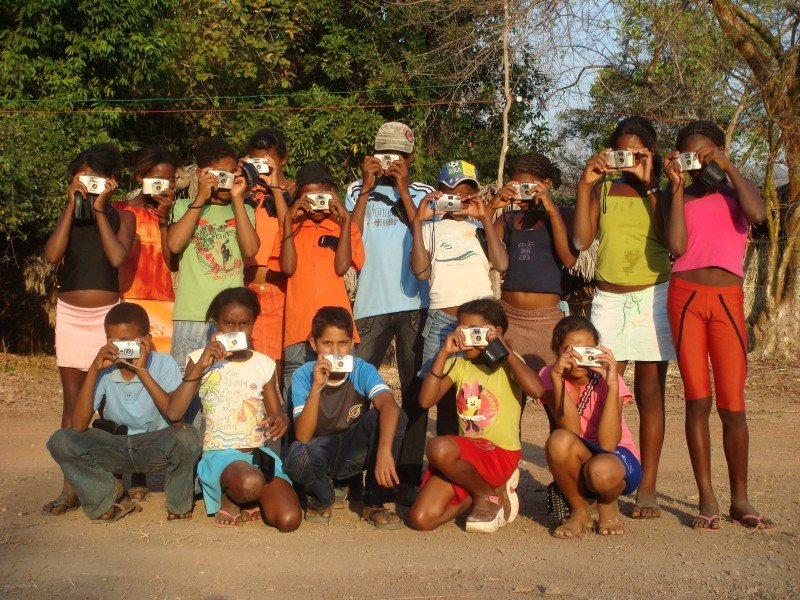 The choice of places for each edition in this project is based on several aspects. “Sometimes, we make our choices based on a historical connection. And others because of an invitation, she says. “The work we did in Guinea Bissau, for example, came from an invitation from the Human Rights Secretariat to utilize the “Olhares Cruzados” (Crossed Glances) as a booster to encourage a campaign for doing away with neglected birth certificate registration”.

Brazil had already entered into an agreement with Guinea Bissau to support the Justice Ministry of this African country to work on this issue. Thus, Dirce and her team prepared a project with the children on the following theme. “Children began to choose people from their community to be their representatives. And those people were interviewed by the children, who became child-reporters”. Besides the texts and photographs, Dirce also stressed the sharing of experiences between the communities can vary. “Sometimes, the children made cultural objects, such as masks, ceramics, toys, and paintings”.

Countries outside of the African continent also began to focus on the “Olhares Cruzados” (Crossed Glances) project, as in the case of Bolivia and Paraguay. But the next country to be approached by the project will be Ghana. “Our idea will be based on the issue of gold. The slaves who were brought to Brazil to work in gold mines came from the region of Costa da Mina, where Ghana is located nowadays, due to their own experience in gold mining”, she adds. “Africans who came to Brazil did not come just because of their manpower; but they also brought technology with them. In the case of mining, the slaves would go to Minas Gerais came from a region where they had experience in mining. So, it was not the Portuguese who brought this tradition of mining; it was the Africans who taught Brazilians mining and who began gold mining in Brazil. Moreover, many of the technologies we have in Brazil were brought from Africa”.

For Dirce, the African image published by the media is negative. “So, we have tried to become familiar with the other side of the coin, the real side, how Africa is responsible for the formation of our nationality”. And this recognition would be the main motivation for the involvement of Dirce in the project. “Even nowadays, there is still a great deal of resistance against the issue of the recognition of Africans and indigenous backgrounds in the formation of our identity, because we continue in a society that is based on a Eurocentric vision and it is still dominated by elite descendants of slave traders and people who got rich from the work of enslaved workers. It is necessary to change these social frameworks in Brazil, regarding the recognition, the right, and the empowering of the blacks in Brazilian society going against the interests of the elites who have been in power since that time of exploitation”, she explains. The work began as an exchange and an expansion of geographic horizons trying to portray to the Brazilian student a favorable view on Africa and how it has acquired its own course and is gaining more space.

In 2013, the actuation of Dirce Carrion in defending the guarantee rights for children and adolescents and “quilombolas” (maroons) yielded her Honorable Mention of the Human Rights Award by the President of the Republic. The award, the highest award from the Brazilian government is granted to people or public or private entities that become noteworthy in the promotion, defense, and combating violations against Human Rights in the country.

Dirce is a “Gaúcha” (born in the state of Rio Grande do Sul), but resides in São Paulo, and coordinates a NGO named “Imagem da Vida” (Image of Life), that materializes its projects. Beyond Crossed Glances, that nowadays it even administers the “Viver Diversidade” Project (Live Diversity), focused on combating against racial prejudice against Afro-descendants and indigenous in schools. Meanwhile, she oversees the exhibition celebrating the 10-year anniversary of the project. It is set up in Rio de Janeiro, the exhibition also includes the participation of her photographer colleagues who have accompanied this course that has not yet ended. And soon, Dirce is planning to travel to African and step on that soil again. 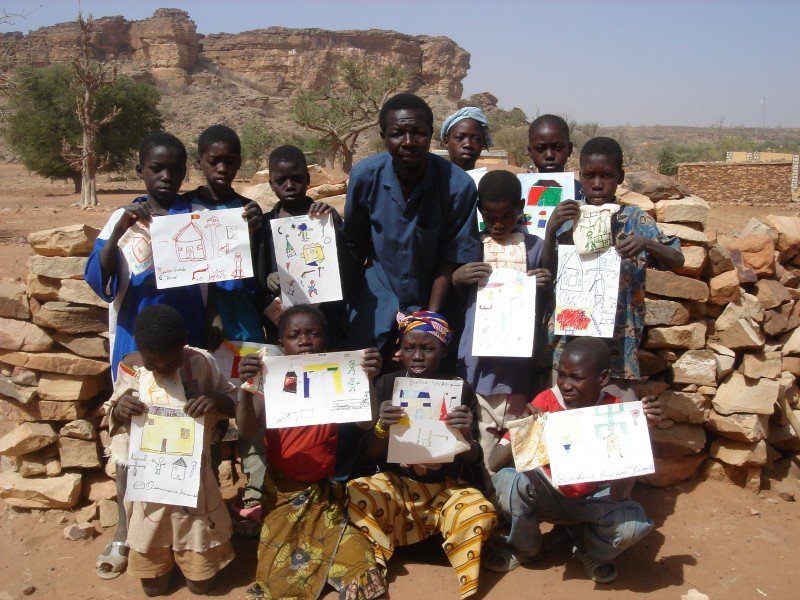 The “Olhares Cruzados” (Crossed Glances) project has been implemented in nine countries, besides Brazil: Angola, Mozambique, Senegal, Haiti, Congo, Mali, Guinea Bissau, Cape Verde, and Bolivia; and in ten states in Brazil: Rio Grande do Sul, Rio de Janeiro, Maranhão, Pernambuco, São Paulo, Mato Grosso do Sul, Goiás, Piauí, Pará, and Amazonas. Since its very beginning, the project has made it possible for reciprocating knowledge between 1.5 Brazilian children from maroon and indigenous communities with other Latin American, African, and countries fruit from African diaspora.

A mission: to bring love and faith to Cape Verde

“Trilateral cooperation is the path to development,” according to IBRAF economist

Cisterns, from Brazil to the world