EBOLA: How western Africa got prepared against the outbreak 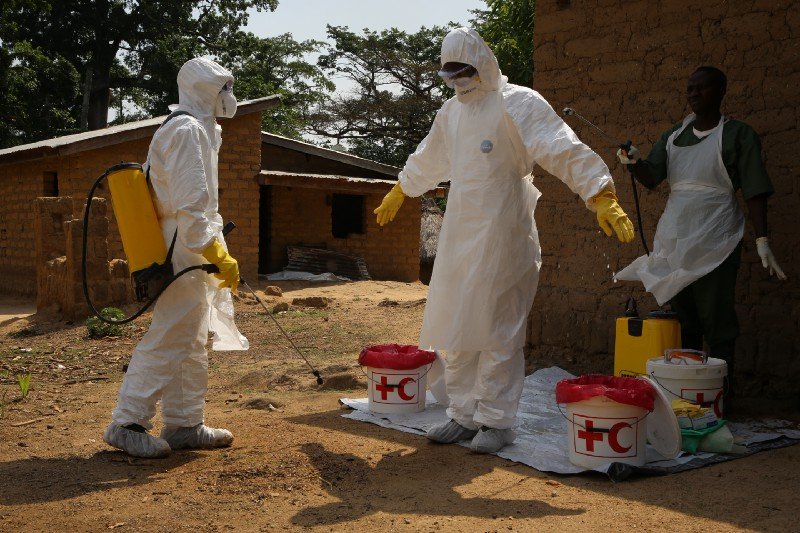 In March 2014, the countries of Western Africa were the focus of international news. The reason: the World Health Organization notified an outbreak of Ebola began in December 2013 in southern part of Guinea, in the city of Conakry. That was the largest and most complex outbreak of Ebola virus disease since its discovery. There have been more cases and deaths in this outbreak than in all others combined: 28,424 people were infected and over 11 lives have been lost.

The countries most seriously affected — besides Guinea, were Liberia and Serra Leone — have their health care systems are very feeble, as they do not have enough human resources and infrastructure. On the other hand, several governments, companies, and international organizations have mobilized to help the affected countries and articulated, in order to avoid a worldwide epidemic. The most substantial aid began in September 2014, in supplies, money, and medical personnel, after the WHO had alerted the countries that were not capable of spearheading alone such a large and complex outbreak of the disease.

The aid results began to arise in January 2015, when there was a reduction in the number of deaths and also new alerts of the disease. Nowadays, the Emergency Committee of the WHO considers the epidemic status as a health emergency of international concern. Although, new cases of the disease have decreased, Guinea, Liberia, and Serra Leone continue enforcing strict constraints on departures, as the risk of contagion still continues.

“Nobody thinks about Ebola. Life is absolutely normal, people work, go shopping, school are open. There is no consequence, no memory; it is over. In some locations, people measure the body temperature of people remotely and in suspected cases, the individual is brought to a treatment center. But there is no change in the behavior of people”. This was declared by Alírio Ramos, the Brazilian diplomat, head of the Brazilian mission in Conakry, capital of Guinea. “Even at the peak of the epidemic, in August or September last year, life went on routinely. There were changes of habits at the airport”, he remembers. The Brazilian community in Guinea is restricted to a maximum of twenty people. Three years ago, there were over 300 residents in the Brazilian community. That decrease, according to the diplomat is not related to the Ebola epidemic but it is due to the end of contracts with civil construction firms that were carrying out projects in the Country. 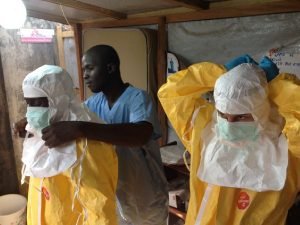 According to public health specialists, the spread of Ebola to other continents is considered as improbable, due to the nature on how the virus is spread. Even so, several countries have set up sanitary barriers and collaborated in one way or another to contain the spread of the epidemic. The Brazilian Government has donated R$ 25 million to United Nations agencies for fighting the virus disease and providing support to the population from affected countries. Besides these resources, in November 2014, R$3 million were transferred to the World Health Organization and the Pan-American Health Organization for fighting against the virus.

Brazil sent 24 kits last June, equivalent to six tons, including medication and supplies to three countries affected by the epidemic. Each one of these kits is enough for caring for 500 people for three months and contains antibiotics and anti-inflammatory medications, as well as 18 different first-aid supplies, including gloves and masks. Four of these kits were sent to Guinea, five to Serra Leone, and five to Liberia, another ten were sent to WHO for distribution.

ATLANTICO Magazine questioned the Brazilian Health Ministry and it clarified that, nowadays, the possibility of spreading the Ebola disease virus in the country is very low; arrivals at airports and harbors, as well as border crossings are watched. The flux of passengers coming from countries spreading the disease (Guinea and Serra Leone) is very low. Besides that, these countries perform departure screening at airports, a measure considered by the Ministry as the most effective for avoiding the international spread of the Ebola Virus Disease (EVD).

Brazil has even adopted all the procedures defined by the International Health Regulations and boosted the communicable disease surveillance actions and disease monitoring. At airports, audio messages are broadcast providing recommendations for passengers on international flights. In the announcement, people who are returning from international flights who suffer from such symptoms as: fever, vomiting, diarrhea, bleeding, blotches on the body or coughing — they are counseled to seek medical care, as well as to inform the health care professional in the countries they have traveled through. Videoconferences were also held with the health secretaries of state, and technical regulations were sent for the preparation of the health care support network.

It is also important to mention the involvement of states and municipalities, in the preparation, involved in such activities as support are services, laboratories, pre-hospital care, communication media, and means of transporting suspected cases, professional care-givers, and biological material samples. Even though, there is very little risk in spreading the disease, the Health Ministry remains in an alert status and maintains monitoring and surveillance actions in order to identify any possible cases of Ebola in the country.

AND LIFE GOES ON…

“We are speaking about one of the poorest countries in the world. Meanwhile, it is one of the richest countries in ore reserves in the world. Guinea has extremely rich subsoil, 2/3 of the bauxite supply in the world is found here, which is the raw material for manufacturing aluminum”, explains Alírio Ramos, the diplomat. “They have the largest reserve of unexploited iron ore in the world. So that means this country has more bauxite, iron, and gold. It is extremely rich and its population is only twelve million”, he tells. According to the diplomat, the country offers a great deal of opportunities to Brazilian investors. “They need everything, as they have nothing here. There is a cement industry, a paint factory, two beer breweries, but so little. Then any investment is welcome, most importantly, in the agricultural, pharmaceutical, and service sectors”, he points out.

DRC: WHO tries to curb Ebola advance in critical areas