Emicida and the musical connection between Brazil and Africa

In 2015, the rapper Emicida launched a project that would be a landmark in his career of a decade Sobre Crianças, Quadris, Pesadelos e Lições de Casa… (“About Children, Hips, Nightmares, and Homework”), the second album by the musician from São Paulo that was inspired by a trip he took to the African continent. “It was an old dream. A strong wish I had to visit the land of my ancestors”, he says. “I chose to begin this journey in Madagascar, Cabo Verde, and Angola. I think it was the right choice because those three places made me become a different person”.

Listen to the Emicida album on Spotify

Emicida chose Cape Verde and Angola for a special reason. “The language. We are linked as we speak Portuguese and that establishes a natural bridge”, he says. “Besides that, there is also the fact that Angola has influenced the Brazilian culture so much and I am very willing to dive to the roots from where our Samba originated from. I thought Cape Verde was so beautiful. I am not sorry for choosing this option”. 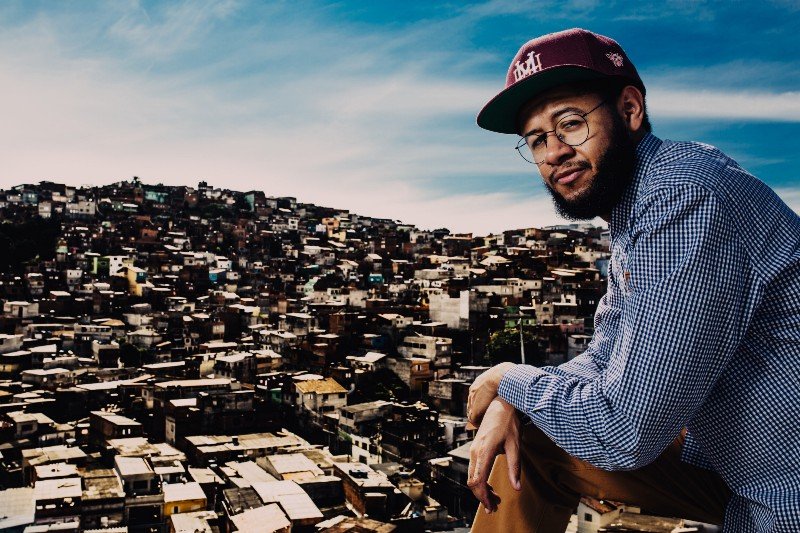 In the luggage, the artist carried back several Africas. “I found an Africa that smiles and fights, sharing its power, strength, intelligence, beauty, and history with everyone just like a great mother who embraces her children, no matter how long they have stayed away from home”, he philosophizes. “I also saw the cliché Africa, the one published in sensational news casts, portraying its poverty and inequality”, he criticized. Musically speaking, Emicida also introduced new rhythms he discovered there. “Kizomba and Funaná, Kuduro, iron and harmonica. And his affection in his voice tells stories, that is the basis of everything”, he describes.

The list of friends also got longer. The following is on his list of new musical partnerships: the Angolan, João Morgado, the instrumentalist known for “Semba” — an African rhythm considered by many as the father of Samba -, its fellow musical style, the drummer and percussionist Ndu Carlos, as well as Neusa Semedo, leader of “Terrero dos Órgãos” a “Batucadeira” group from Cape Verdes, the guitarist Kaku Alves, who worked with Cesária Évora for 14 years, and the Cape Verde singer Fattu Djakité, who said. “I love Brazilian music. But when visiting Africa, I also was thinking about our culture, since both of them are so similar and so complementary. I still wish to do many things in Africa”, the musician adds.

The trip to Africa also made Emicida tune up his discourse as a rapper, loading it critical statements on social injustice. “The power of the African people is incredible and contrasts with the anvil of a political system that has already collapsed for a long time now, weighing down the people whose greatest dream is to live peacefully”, he states. He also stresses each Brazilian should seek to know the African continent better. “Just by really applying law # 10.639 would already be a beginning. Speaking about Africa more respectively and seeking to knock down negative stereotypes that have been attributed to it and its children would be great progress.

The prejudice surrounding the hip hop culture is the same prejudice that circulates and attacks the black culture in Brazil. This is racism and it cannot recognize the excellence in such cultural manifestations as Samba, Carioca “Tamborilo”, which is real Brazilian rap style, among so many other things”. More than a name, it is a rhyme

Leandro Roque de Oliveira is 30 years old. He was born in São Paulo and he became Emicida during rap improvisation battles. The name Emicida is a merging of the words MC and Homicide. Leandro was so good that he “killed” his adversaries from his rhymes. After, he began to say that Emicida meant E.M.I.C.I.D.A., an acronym for “Enquanto Minha Imaginação Compuser Insanidades Domino a Arte” (While My Insane Composer Imagination Dominates the Art). After launching two awarded albums and entering in partnerships with important Brazilian musicians — from the most diverse musical genres, speaking about that musical experience — Emicida is considered nowadays as one of the greatest hip hop discoveries in Brazil in the last few years and also one of the strongest supporters in the struggle against decreasing social inequalities and less racism.

Listen to Emicida and other artists in our playlist on Spotify 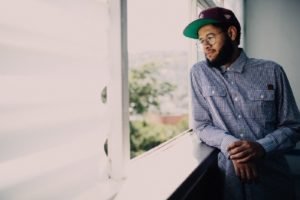 The people backstage in “About Children, Hips, Nightmares, and Homework” will be shown in a documentary. “Sobre Noiz” (About Us) is in the post-production phase, it is directed by Ênio César and it will show details on how the creation and recording process of the album took place, including sections of the trip and unprecedented images from Emicida in Africa.

In March 2003, the federal law # 10.639 was passed that made it mandatory to teach African History and African-Brazilian Culture in the elementary and secondary schools in Brazil. The law intends to promote an education that recognizes and valorizes diversity, committed to sharing the origins of Brazilian people.