Fernando Mourão: he is more than a Brazilian, he is an Africanist 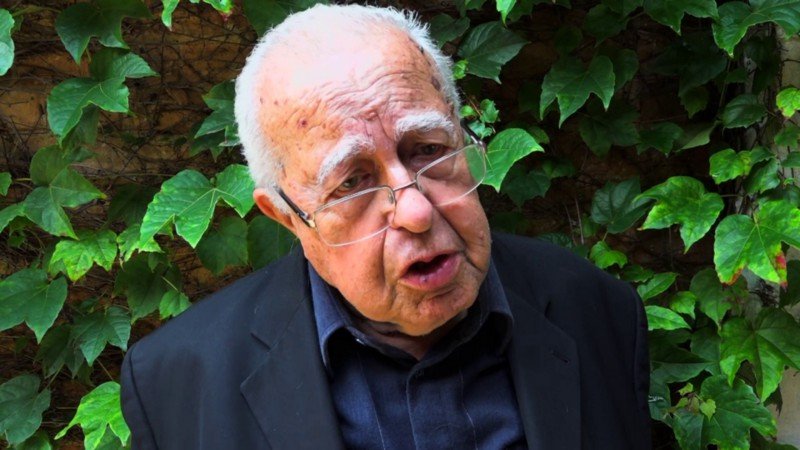 He was a person who considered himself to have been born, lived, or simply venerating Africa, its countries, and countless cultures. He was a specialist on African studies. These are some of the definitions dictionaries express for the term “Africanist”. And that is the best term for describing Fernando Augusto Albuquerque Mourão. Considered one of the greatest scholars on African subjects in Brasl, Mourão passed away this past September 30th at 83 years old. Professor and researcher at “Universidade de São Paulo” (USP), he had been active as journalist and lawyer.

“He was in Lisbon since he was very young, a promoter of independence of African countries”, explains Gladys Lechini, a Professor and researcher at the Regional University in Rosário, Argentina. He was born in Rio de Janeiro in 1934 and began to be interested in Africa when he went to study in Coimbra, Portugal. During his academic life, he focused mainly on Angola as his field of study. Some his university colleagues were Amílcar Cabral, from Guinea Bissau, and Agostinho Neto and Mário Pinto de Andrade, from Angola, who were all future leaders in the fight for independence. It was in that period when Mourão got involved in political movements in support of independence in African countries, even having never had any military partisanship. The ideal of African nationalism in the fight for the independence of the Portuguese colonies was also defended in the articles he wrote when he was correspondent journalist for the “O Estado de S. Paulo” (São Paulo State) newspaper.

But when Fernando Mourão went to the academy that was when he contributed the most to Brazil-Africa relations. At USP, he helped to create the “Centro de Estudos Africanos” (Center on African Studies) (CEA), in 1965. After he got his doctor’s degree and became an assistant professor in 1967, he sought to make the existing studies more dynamic by introducing discussions on the reality of African societies in the context of their international connections. “Mourão paved a broad path for making people pay attention to African studies in Brazil. He was responsible for preparing the greatest Africanists in the country and he was an unparalleled player in African studies”, Pio Penna Filho recognizes, who is a professor and researcher of the “Instituto de Relações Internacionais da Universidade de Brasília” (Foreign Affairs Institute of University of Brasilia) (UnB).

“Fernando Mourão prepared great academics and diplomats. And he continued working until practically his death”, Gladys Lechini shared. “He was in the habit of going to the campus to learn about people’s lives and complement their studies by sharing real examples. He made sure to stress the fact that his motivation was not ideological but in fact, it was academic”. During the last few years of his life, Mourão lived on a small farm in the town of Várzea Grande Paulista, near the city of São Paulo. He followed a calm routine in his life, in spite of never having stopped working. He would get up early, eat his breakfast, and enjoy himself by playing with his almost twenty dogs that was one of his greatest passions. After lunch, he would meet with his personal secretary to organize his activities. She would read his e-mails as were generally invitations for texts, files, and prefaces. She would even help him perform searches on the internet. He would try to use Microsoft Word by himself for typing his texts.

He recently prepared a research project and concluded a post-graduate class at USP on risk analysis. One of his unfinished projects was to publish a book on his kids and also a publication on the judicial arbitration law, in homage to former senator Marco Maciel.

Besides that, his counseling to his Masters and Doctor degree students remain unfinished. Mourão liked to invite his counseled students to his home. He always liked to have them nearby, because, according to him, younger people introduce new ways of thinking. And he always respected something different. “Something different, always adds something new. You do not learn anything from those who are the same”, he believed. Fernando Mourão supported the adoption of a solidarity policy in Brazil in his relations with Africa. He had been recognizing changes in Brazilian diplomacy since the government of Jânio Quadros, in 1961, on an anti-imperialist policy maintained by the military regime and recently emphasized during the Lula government, in the first decade of the 21st century. The Brazilian Foreign Affairs Ministry issued a Condolence Note whereas they classified Mourão as the pioneer in research and studies on Africa in Brazil, and recognized his contribution to the Foreign Affairs college course in the country.

The ‘Africa’ Magazine was published by the Center on African Studies, did a special issue in 2012, entitled ‘Unique and Plural Africa’, in tribute to Fernando Mourão. The 300 page issue included 27 articles written by friends and students, who also gave testimonials on his career and the personality of the professor. His works included 11 books and participation in another 57. He was awarded in Brazil and internationally as well, in such countries as Angola, Ivory Coast, Togo, Senegal, and France.