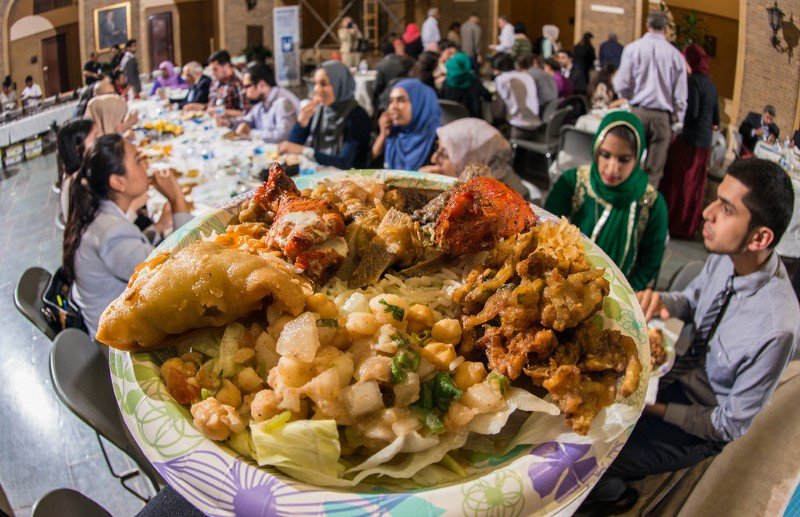 There are 1.9 billion Muslims in the world nowadays. This information is from the Pew Survey revealing the following: globally the Muslim population will increase 35% in the next 20 years. However, to conquer that growing market, investors need to pay attention to religious specificities. Behaviors, ways of dressing, and acceptable foods are called Halal. The term is habitually used to refer to foods authorized by the Islamic dietary laws. According to the Datamonitor Company, the Halal food market is currently responsible for a fifth of the worldwide commerce in this sector, which includes energy drinks, vegetables, canned goods, gourmet and top quality foods.

Brazil holds a leading position in this market. This country nowadays is the third greatest exporter of Halal products in the world, just behind China and the United States. The Data collected from the Brazilian Muslim Association Federation (Fambras) shows that 33% of the chicken production in Brazil is targeted to the Halal market, as Saudi Arabia is the main buyer. In bovine meat, the percentage even gets to 40%, and the main buyer is Egypt. The Brazilian market share is strategic for this commercial balance. The Halal market, throughout the entire world is estimated at US$ 400 billion dollars and with an average growth rate of 15% per year.

Brazil, in spite of its consolidated ranking in the international market can increase its share much more. “Brazil is not even employing 20% of its potential” Tamer Mansour points out who is the manager of the governmental relations to the Arabic-Brazilian Chamber of Commerce. For him, Brazil still needs further direct investments regarding Halal products. “It is necessary to foment the national producer. We need to break down some barriers on Halal products in the Brazilian business context and, especially, adding value to the product”. Mansour also believes that Brazil, even though it has an excellent source of raw materials, it still needs more infrastructure, such as specific harbor areas for this type of product, for example in Rotterdam, in the Netherlands, there is an exclusive vessel terminal for housing Halal certified cargos.

Indonesia and Malaysia are among the most promising markets. “That first country does not even consume Halal chicken from Brazil yet. However, the second one has a specific governmental agency exclusively dedicated to encouraging this segment”, explains Adriano Zerbini, managing executive of international corporate relations of BRF, a Brazilian company present in 110 countries and ranks seventh place as one of the largest food companies in the world. In terms of volume, Halal products represent about 40% of the total goods exported by BRF. Its expertise began in this segment in the 1970s; the company took an important step for conquering new markets. “We inaugurated a plant for producing Halal processed foods in 2014. That plant will not only serve the United Arab Emirates, but also the entire Middle Eastern region, some countries in Africa, and other regions in the world”, he reveals. According to the executive, the company will have to face the challenge to expand their Halal brands to these regions. “We have very strong brands, such as Sadia as leaders in the Middle East, but we wish to continue serving the demands of these markets even more”.

The production of Halal foods must abide by very strict and specific rules. The entire process, beginning from slaughtering until the sale to the final consumer, must be supervised by a Muslim entity. In Brazil, it is the Halal Brazilian Islamic Food Center — Cibal Halal — the operational arm of the Brazilian Muslim Association Federation (Fambras) that has performed this process since 1979 and nowadays, it is the largest Brazilian Halal certifier and serves the main food exporters. “Our team audits processes to verify if the rules are being followed and to check if there are not any contaminations in products considered as illicit”, states Mohamed Hussein El Zoghbi, who is the president of Cibal. The company supplies specialized labor for slaughtering, inspection, and supervision of products; audits, and the implementation of the Halal system in food industries. According to Zoghbi, the issuance of approval seals for natural products takes about 15 days. “However in the industrial sector, the approval can take up to three months, depending on the type of product”.

The Prolab Cosmetics Company was created in 2000 and its home office is in Diadema, in the metropolitan area of the city of São Paulo, in São Paulo State, it began in May 2015 to be the first Brazilian cosmetic company to be granted the Halal certificate. “The Halal guarantee seal is a great competitive advantage in this market”, assure the exportation consultant, Jorge Zakhem, as he refers to the company’s plans for expanding its market share in the Middle East.

The growth of Islamic population in the world causes a considerable increase in consumption of Halal products at an estimated global amount of US$ 2.1 trillion dollars. Currently, the biggest consumer of Halal products is in the southeast and western part of Asia. The Muslim population of Africa is forecast to increase by 60% in the next 20 years, from 242.5 million in 2010 to about 386 million to 2030. Currently Egypt, Algeria, and Morocco have the largest Muslim populations in Northern Africa. However, in 20 years, for example, Muslims are more probable to live in Nigeria than in Egypt. As the annual growth rate is 1.5% per year, Muslims make up 26.4% of the total forecast of an 8.3 billion population by 2030, with an average age of 24 years old. It is worthwhile to remember that Islam is the fastest growing religion in the world. 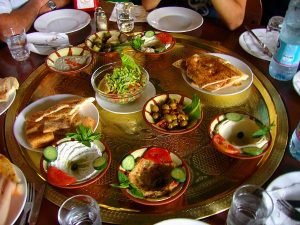 HALAL PRODUCTION RULES
The slaughtering area of a Halal chicken or bovine meat producing plant must face the city of Mecca, in Saudi Arabia, considered as bled for the Muslim people. The person responsible for slaughtering named the cutthroat or bleeder must be Muslim. And before each operation, the person must say the sentence “Bismillah Allahu Akbar”, that means “In the name of God, the Merciful, the Compassionate” or “In the name of God, God is the most exalted.” The person executing the work must use a hygienized blade, wellsharpened, and without any teeth. The cut must be done in a half-moon shape, reaching the trachea and the jugular veins in order to guarantee a quick death and without any suffering of the animal. After slaughtering, the blood from the animal must drain completely.

The product must be transported in separate containers. That is necessary so that there is not any contamination from other non-Halal products, which are not permitted by Islamic rules. The most important rules are for products considered as impure (or Haram) which are from pork or from alcoholic derivatives.

OTHER HALAL ACTIVITIES
Cosmetics and Personal Care Products The Halal cosmetics industry has benefited from the ecological conscience of consumers and even non-Muslim consumers. That is because Halal cosmetics are free of animal cruelty; there are no harmful chemical substances to irritate the skin, such as alcohol.

PHARMACEUTICALS
In 2011, Malaysia launched the first world standard on Halal pharmaceutical products. The standard was created to serve the supply chain of the pharmaceutical industry to control the processes of handling, packaging, labeling, distribution, storage, and display of medications and health supplies.

WEARING APPAREL
If half of the Muslim consumers would spend only US$ 120 dollars per year on clothing, the Muslim fashion industry would invoice at least US$ 96 billion dollars per year. Some companies are investing in special features as sustainable fabrics and quality cuts to emphasize this market sector.

TOURISM AND THE HOTEL INDUSTRY
Halal tourism and hotel industry sector provides a complete experience to its Muslim consumers and ranges from the airline flight to supplying Hala food, alcohol-free hotels, and ever separate circulation areas for men and women.

LOGISTICS
Halal Logistics focuses its attention to all details involved in the Halal supply chain, ranging from the agricultural exploitation until it is served on the consumer’s table.

Halal protein has potential for growth in Brazil

Antonio Patriota is the new Brazilian ambassador in Cairo