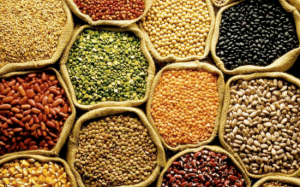 Approximately 30% of the world’s population, or 2billion people, are in a situation of hidden, or invisible, hunger. Practically, this this means that despite the ingestion of the correct number of calories, there is a shortage of essential nutrients, such as minerals and vitamins. This Number represents more than double the number of hungry people — calculated as 805 million. The alarming data, published by the International Food Policy Research Institute (FPRI), which has published the annual Global Hunger Index (GHI) since 2006, calls attention to the consequences of this problem — ranging from night blindness in preschool children, and cases of death from malnutrition. According to IFPRI, a third of the 3.1 million child deaths recorded as due to malnutrition are related to invisible hunger.

Despite the situation regarding hunger being far less overwhelming compared to the 1970’s (See Box), there remain concerns regarding the variety and nutritional quality of food. With increasing wealth in emerging economies, there is growing interest from food companies in conquering new markets, which increases the supply of processed foods — most of them with a nutritional deficit. In this scenario, Brazil, despite not having been able to completely eliminate the problem of hunger, is an international reference in the research of food self-sufficiency.

As a weapon in reducing hidden hunger, EMBRAPA — Brazilian Agricultural Research Corporation — a public research institution linked to the Brazilian Ministry of Agriculture, Livestock and Supply, developed a biofortification food program. The biofortifying is a process of plant breeding crossing varieties of the same kind, and generating more nutritious cultivars. The process is also known as conventional breeding. Although it is commonly confused with genetic modification, the biofortification process advocates for the crossing of a plant with another of the same species, without incorporating genes from another organism to the plant genome. The proposal is to enrich foods that are already part of the diet of the population, so that it has access to more nutritious products that do not require changes in their spending habits.

“Brazil has become the world reference in biofortification”

For the past ten years, Brazil has been a world reference in biofortification of food, being the only country where work has been conducted at the same time on eight different cultures: pumpkin, rice, sweet potatoes, beans, cowpea, cassava, corn and wheat. One of the units of Embrapa, Embrapa Food Agribusiness, located in Rio de Janeiro, leads the BioFORT network, as it’s called the biofortification program in Brazil, which currently involves eleven units of Embrapa, that, in partnership with universities, municipalities, state governments and producer associations involves about 150 researchers, technicians and partners. Maranhão and Sergipe — states that have the lowest Human Development Index (HDI) in the country — are getting the first seeds, stems and plant cuttings with higher nutritional content. Similar studies are being conducted in six other states.

“We do not want to change their habits”

Embrapa researcher, José Luiz Carvalho Viana, has operatied for four years implementing the programme of biofortification of cassava in the Democratic Republic of Congo. The project is developed in Mvuazi, South. Despite the early difficulties faced, of scarcity of water and electricity, the action has advanced. “At our accommodation, I received just a bucket of water a day to use in daily activities and the light came on for only three hours a day. Today the situation is much better.” This year, Luizwas able to return to the African country with the Brazilian researcher Izabela Miranda Castro, who is fluent in the local official language, French, which made all the difference in the training of laboratory technicians at Institut National pour l’Etude et la Recherche agronomiques (INERA) and in the completion of the assembly of a laboratory where the analysis of biofortified cassava will be completed.