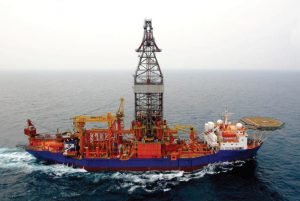 Leaders of global companies in the petroleum and gas segment met in London this week where one of the most important events in this sector took place, the International Petroleum Week (IP Week). At that time, the companies focused their transactions in regions considered as strategic, such as along the western African coast and Brazil. Throughout the midst of pressure from environmentalists, companies also showed their interests in going ahead in the fields of clean energy sources.

Africa on the Rise

During IP Week, the director of the Nigerian National Petroleum Corporation (NNPC), Maikanti Baru, stated that the petroleum and natural gas industry in Africa should attract around US$ 194 billion in investments by 2025. US$ 48 billion is included in that sum and will be invested in Nigeria, corresponding to over 24% of the total investment, including over 20 planned projects.

Baru is in favor of Nigeria increasing its exploration limit from what it is currently – from 1,000 to 1,500 m in depth. “The frontiers of new ultra-deep waters need to be tested. And to do that we need investors “, he said.
Regarding production, the African continent is responsible for 8.7% (8.1 million barrels per day) of the overall petroleum production and 6.1% of the overall natural gas production.

Total expects to grow even more

Total, a gigantic French company, informed that it plans to maintain its annual increase in production above 5% by the year 2022. According to declarations by Arnaud Breuillac, the CEO of the company, during IP Week, the petroleum production in deep waters in Brazil and the Gulf of Mexico should guarantee that increased production.

The company expects to increase its production by 9% in 2019, after achieving record levels in 2018, borne by a series of new large-scale LNG and petroleum projects. The operations in northern Kaombo (Angola), Egina (Nigeria), and Ichthys (Australia) are highly wagered on by the company.

In spite of its hefty actuation along the western African coastline, especially in Angola, the company is facing the circumstance that there may be a drastic drop in local production in a short-term period.  “We have a great number of coastline developments along western Africa that are very profitable as no big investments are necessary for infrastructure. We just need to drill. And the costs of drilling has dropped significantly in the past four years”, he admits.

Breuillac admits that the return of increased production in western Africa depends on future success in regional exploration. The company made an important recent discovery along the coast of South Africa, at the beginning of February and there are ongoing drilling projects in Senegal, Mauritania, and Namibia.

The protest in front of the InterContinental Hotel last Wednesday focused on the existing crisis in the petroleum industry. There is growing pressure on correcting and aligning to the demands for a transition in energy supplies. Although Big Oil is not used to demonstrations at conferences, the CEOs are finally recognizing that they need to face the real consequences in their ability in maintaining shareholders that have gone unanswered. 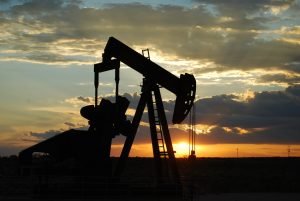 “We are facing a perception crisis “, said the executive president of Saudi Aramco, Amin Nasser. The largest petroleum producer in the world, Saudi Aramco now intends to become a world leader in natural gas.

Total announced the acquisition of NovEnergia, a renewable energy producer. Shell and British Petroleum also made some types of changes by buying clean energy companies or investing in electric car infrastructure and energy concessionaires.