Kenya and Brazil against the plastics

The African continent has long been prominent in the fight against plastics. Countries as Ruanda, Morocco, Mauritania, Tanzania, Zimbabwe, and Mozambique have already passed a law prohibiting the use of non-biodegradable plastic bags. This initiative has been encouraging various other countries and Kenya did the same. This country recently radically abolished the use of plastic bags throughout its entire territory and anyone seen carrying any plastic bags would be punished legally.

Kenyans who sold, produced, or even used plastic bags could have to pay a fine of US$ 40,000 or up to four years of imprisonment. Kenyans use approximately 24 million plastic bags monthly. The biggest problem is that most of this material is not recycled and thereby causes a disastrous environmental impact. Besides that, studies have confirmed that plastic bags take from 500 to 1000 years to decompose in nature. Animals are the first to be affected by inappropriate disposal of plastics since this material is transformed into micro-particles of plastic ending up being ingested by various species.

The large-scale supermarket chains in Kenya, such as Nakumatt and French Carrefour, have already begun to offer alternatives to customers, such as cloth bags. However, this strict law on using plastic bags shares divided opinions and not everybody is in favor of it. “That prohibition took place from one day to the next. It is necessary, but in my opinion, it must not only apply to plastic bags but to all other forms of plastic”, reveals Daniela Milani, a Brazilian who was living in Kenya at the time the law was put into effect. “At the time, that measure was very sudden, it was prohibited any kind of plastic bag. Most of the population and including myself, did not know where to put garbage. People stored food left-overs improperly. There was food just simply thrown on the ground, as it was prohibited to use plastic bags”, she recalls.

Daniela believes that before implementing such a strict law, the Kenyan government should have created trash recycling centers and prohibited the production of all kinds of plastics. “When you start decreasing the amount of garbage produced, then you will have fewer concerns as to how to store that”, she defends.

“At the first moment of the implementation of this law, Kenya became extremely troubled, in my point of view; the law was not well-planned and made the people quite confused. Even at the airport, those who were carrying plastic bags were approached by the police”, tells the Brazilian entrepreneur, Marcos Brandailise. “However, the government became a little more lenient as people started adapting. Plastic bags became acceptable when they were made from a better kind of material, as they could be recycled. This law is very good, as it drastically decreased the situation of trash on the streets, although, it was implemented very strictly and radically”.

Although the law has been quite harsh and immediate, it has generated positive results, especially for the environment. The death of sea animals in Kenya decreased 67% since the law has been in effect.

The disposable scenario in Brazil

The situation of disposables in Brazil has also elicited various initiatives regarding their sustainable usage and even prohibition, due to their negative impacts on the environment. Rio de Janeiro was the first Brazilian city to abolish the use of plastic straws in commercial establishments. Law # 6384 was sanctioned in July 2018 and since then inspections have taken place in bars, restaurants, and other commercial establishments, for the purpose of prohibiting the use of any type of straws made from plastic material. Since them, city hall technicians have been visiting these establishments providing guidance to these business owners regarding the new legislation. If anyone is caught using plastic straws, the business owner will be granted a grace period of 60 days to abide by the new reality. The amount charged for breaking the law ranges from R$1600 to R$6000 (Brazilian currency) (somewhere around US$432 to US$1619). “We have already performed until the moment, 15,000 inspections”, reveals the coordinator of the Public Health Surveillance Department of the Rio de Janeiro City Hall, Aline Borges. She says that the population is even cooperating quite a lot. “People complain, file complaints in our channel and then they pay much more attention after that. The population has become more demanding and generally, this initiative has brought about positive results”. 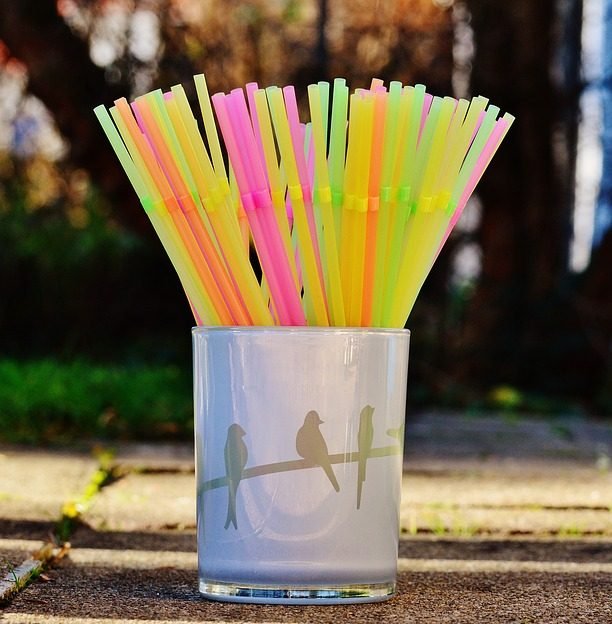 Various other Brazilian cities have become engaged in this struggle, São Paulo, for example, has already drafted a law against using disposable straws. The proposed law is already on the agenda for voting and will take place this February when the City Council goes back into session. According to Reginaldo Tripoli, city councilman, the disposable straw is not the only villain, but it is a symbol of ephemeral and careless use of plastic. “It is not our purpose to prevent the expansion of industry or restrict the consumption of people, but the role of the legislature is to encourage change. It is necessary to implement a model for a circular economy, whose products and services return to nature and cause the least possible impact”. Tripoli is the author of this bill that will prohibit supplying plastic straws to hotels, restaurants, bars, bakeries, and other commercial establishments in the city of São Paulo. According to him, the City Hall intends to reduce solid wastes by 500 thousand tons transported to landfills by 2020, compared to the period from 2013 to 2016.

There are other prominent Brazilian cities that have already passed laws prohibiting the use of plastic straws or bills are being drafted. However, the use of plastic bags and straits may be prohibited nationally with a bill being analyzed by the Committee on the Environment, consumer Protection and Senate Oversight and Control.

The prohibition of some plastic products can generate negative impacts for an important economic sector of the country, including petrochemical and large-scale plastic transformation companies and even affect consumer goods, retail, cooperatives, and recyclers. According to the Labor Ministry, the contingent of companies in this sector is made up of 11 thousand companies and employs about 312 thousand people.

“Our industry is against these palliative actions facing this issue that requires a systematic point of view on its role in society, as there are other problems that can arise depending on how the material will be substituted”, states the president of the Brazilian Association of Plastic Industries (Abiplast), José Ricardo Roriz Coelho. “The best manner for dealing with this theme is through purposeful clear and objective dialog, debating conscientious consumption and circular economy, where each one assumes their own role and responsibilities. Within the circular economy model, the discussion must take place on how plastic products can return to the production chain, being recycled or remanufactured”, he states in his defense.

The director of the Labor Union of the Plastic Material Industry for the state of Rio de Janeiro also expressed himself regarding this subject. Gladstone Santos emphasizes that plastic needs to be faced as a problem when disposed of incorrectly, but it is necessary to remember how it facilitates our lives – and a great deal – the lives of people. “We believe that the problem needs to be discussed and employ regulations and mandatorily dispose it correctly, by collection, and reverse logistics, since plastic is 100% recyclable. Thus, it is the responsibility of commerce to choose to work with biodegradable products or those that can be recycled”, he explains. “That discussion did not take place and a reasonable grace period was not granted for implementing the law in Rio de Janeiro. The key issue is proper disposal, collection, and plastic recycling as that was not discussed. It is not true that exchanging plastic straws for paper pollutes less than using reusable straws that requires sanitizing and washing using detergents, so that they are more feasible than using single-use straws”.

Gladstone Santos classifies the law as a “disaster for the transformation market”. There are countless formally constituted companies and working in a legalized market, until before the implementation of the law, now it is impossible to operate since the manufactured product has been simply prohibited and banned from cities”, he laments.

Plastic in the ocean 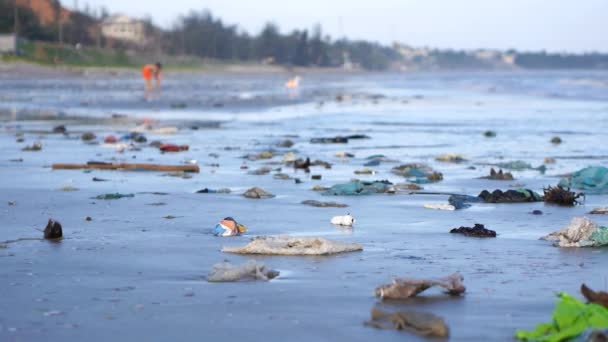 The consequences from unrestrained and irresponsible use of plastics are directly reflected on sea life, since plastic is not biodegradable and its final destination becomes a threat to the ocean. On average, every year, over 600 billion plastic bags are produced globally and around 8 to 13 million tons of plastic return to the oceans. It is estimated the production by 2050 will reach 33 billion tons and by that same year, scientists calculate that there will be more plastic than fish in the oceans.

“It is important to emphasize the important role plastic plays, as it is a noble product and it must be utilized wisely based on the logic of an economic circular economy, so that the residue from that product does not return to the environment”, ponders, Alexander Turra, a researcher from the São Paulo University Oceanography Institute (USP). “The implementation of that law must be supported by broad, integrated, and interdisciplinary discussion on the issue of trash in the ocean, using and managing waste products. It is important this problem is placed on a social, ecological, and economic context and that this discussion can ponder pros and cons”.

The researcher also adds that the implementations of these laws need to be followed up by awareness campaigns and in-depth discussion by society at large.  “As soon as a law is enforced without previous awareness, that discussion will cease to exist”. 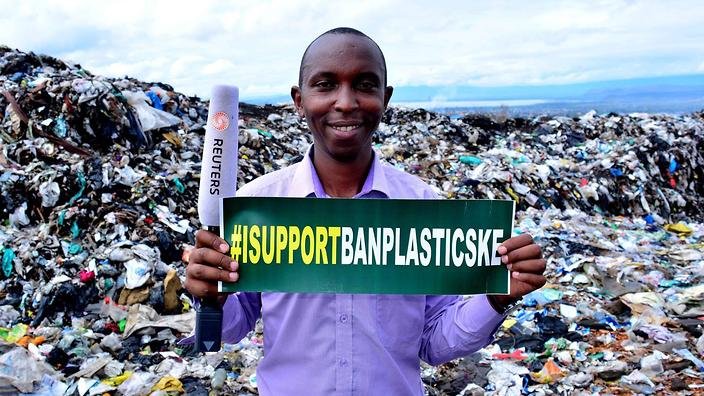 The Kenyan law is considered as one of the strictest in the world regarding plastic bags that had gone through complicated procedures until it was passed. During that process, the campaign against using plastic bags gained various supporters. One of them is James Wakibia, a photographer, who created a campaign in the social networks in 2015. Using the hashtag #banplasticsKE, he became a great driving force in the movement to free Kenya from plastic bags. His campaign immediately received support from the Environmental and Natural Resource Minister, Judi Wakhungu.

Somalia and Kenya discusses an investigation about the humanitarian plane crash