More than 85 countries harvest tuna in commercial quantities, with annual exports accounting for about 8% of all seafood traded internationally. 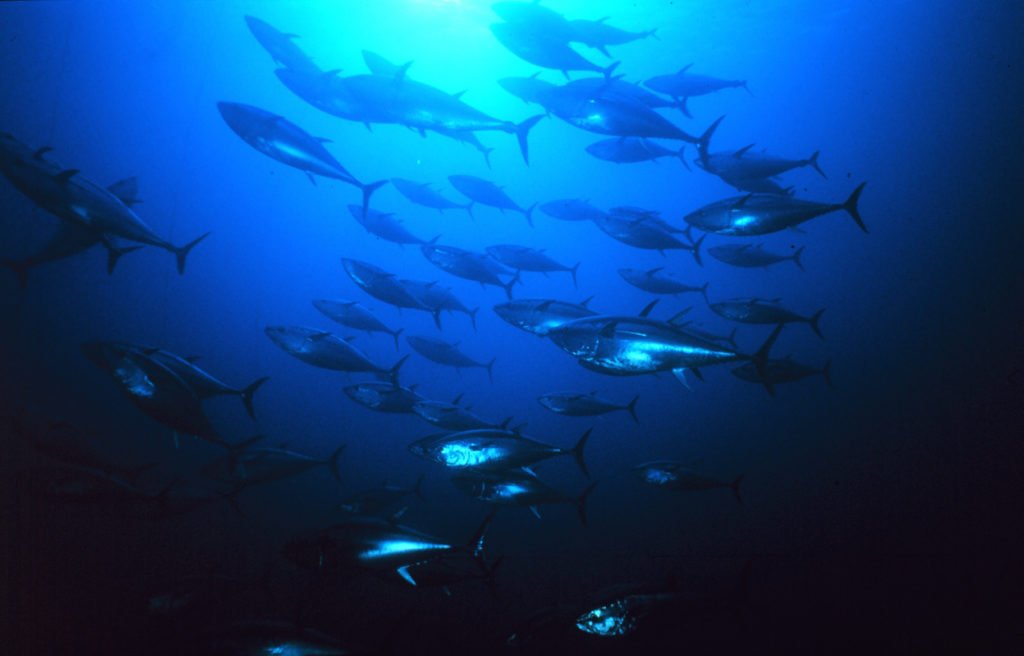 The tuna supply chain has been seeking new seas, as there are no perspectives of growth in United States, Japan, and the European Union, as they are mature markets. Brazil and African countries wish to grab larger slices from this segment, invoicing an estimated 3 billion dollars yearly. Therefore, countries have been seeking to make investments and become more organized to achieve better results from fishery management. As tuna is a migratory species and, due to this, they do not abide by political borders. Five international associations have been created for managing and conserving tuna and related species named as RFMO (Regional Fisheries Management Organizations). The largest one is ICCAT – the International Commission for the Conservation of Atlantic Tunas. Its headquarters is in Madrid and there are 45-member countries; this organization is responsible for the entire Atlantic Ocean. Annually, ICCAT defines fishing quotas for each country, the locations where the fishing can be done, and the correct time for performing this activity.

There have been two main products impelling tuna production: traditional canned tuna and the duo prepared for sushi and sashimi, Japanese cuisine delicacies. These products display relevant differences regarding the utilized species, quality requisites, and production systems. Data from the Food and Agriculture Organization of the United Nations (FAO) have reported that the Bluefin tuna market, used extensively for sushi and sashimi, has been decreasing significantly, as Japanese consumers seek a diet composed of less traditional foods. Just Japan, represents almost a 90% share of the world Bluefin tuna market world-wide. The United States constitutes the second largest market for sushi and sashimi, with an estimated 8% to 10% share of the global sashimi consumption. If the consumption is decreasing in Japan, yet the demand for sushi and sashimi has been increasing in the United States in the last decade, also accompanied by a trend in the European Union, Australia, Thailand, Taiwan, Korea, China, and the capital cities of Latin America.

The canning industry, on the other hand, continues being the main destination of world-wide tuna catches. According to FAO, Thailand leads the ranking as the largest exporter of processed tuna in the world. This Asiatic country registered an expressive increase of 119% in fish exportations from 2000 to 2011, a trend also followed by Ecuador, Spain, Indonesia, and the Philippines during that same period.

The main markets for canned tuna are the United States, the European Union, Egypt, Japan, and Australia. However, the consumption has been stagnated in the last decade, in Europe, as well as in the United States, and only increased moderately in Japan. Yet, consumption is increasing in less traditional markets, such as Latin America and the Middle East, where the importation volume has increased by around 50% in the last five years. 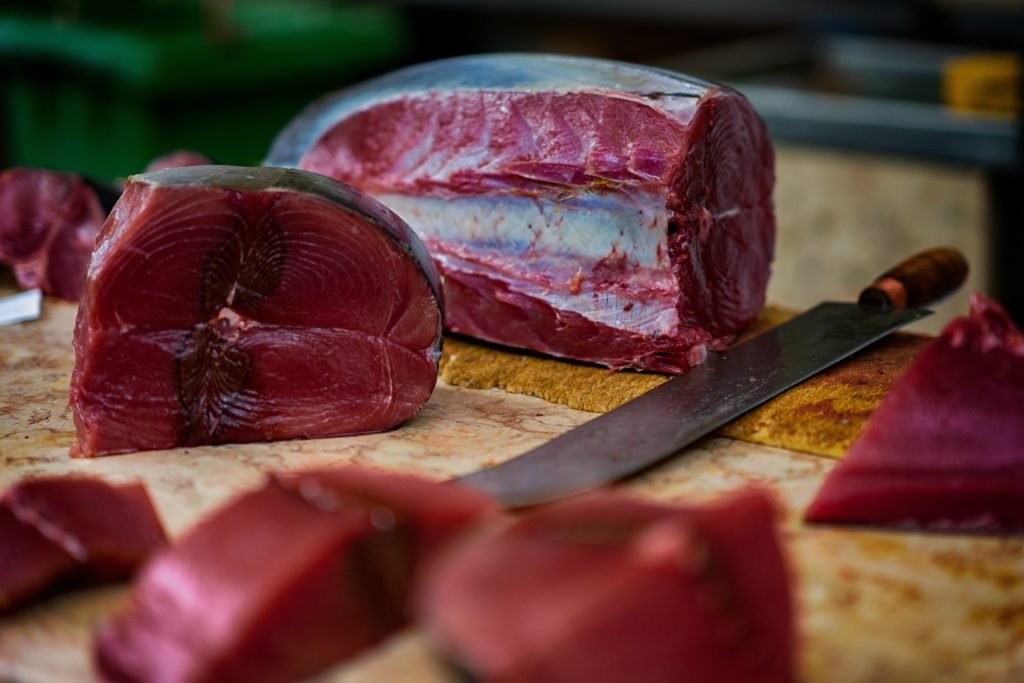 Generally, industries in Europe and the United States perform the first processing steps in developing countries, moreover in industrial areas near main ports. Thus, they can export semi-processed products to facilities located in wealthier countries, where final distribution takes place. Thus, this is the case of Crusoe Foods, from Spain that in 2014 set up facilities in the state of Ceará, in northeastern Brazil; where there is a plant capable of producing 10 million cans of tuna and sardines monthly. This plant alone, consumes 30% of the fish catch in the state and in 2017, reached a record of 12.4 tons. It is very curious as in the past five years, there has been no tuna catch in Ceará State. “We have gone to other states and international tradeshows to sell our tuna facilities and to attract other investments”, states Euvaldo Bringel, the Secretary of Agriculture, Fishing, and Aquiculture Department in Ceará State.
The state of Ceará features a 570 km. seacoast and has had a strong tradition in lobster fishing. “The lobster boats remain moored for six months during the fishing ban period. So, the fishermen have decided to invest in tuna fishing and make adaptations to their boats. In a second phase, new boats have been incorporated”, tells Bringel. The government has invested in technology and training for fishermen, as well as encouraging domestic consumption, through marketing initiatives, such as holding gastronomical festivals.

“There is a gigantic market. There are absurd volumes. In Santa Catarina State [in the southern region of Brazil], 100 tons of tuna are processed daily for canning. This is quality low-cost protein”, justifies Cadu Villaça, who is Technical Director of the National Collective Fishing and Aquiculture Body (CONEPE). This organization clusters the main entities in this sector. “Besides the domestic market, the exportation market is quite promising”.

The potential of African market

The European Union assured access to fishing rights in the waters off the coast of Ivory Coast in March 2018 until 2024, in exchange for an annual financial contribution of €682,000 that will be especially used for developing the fishing and aquiculture industries. This type of commercial treaty, involving countries in Africa and Europe, has existed since the beginning of the tuna industry, in the mid XX century. Nowadays, the European companies share space with Asiatic industries. Africa supplies processing facilities closest to these fishing boats, surrounded by these two oceanic coasts, without transshipment, making it possible to offer excellent quality productions.

The main canned tuna industries are based in Dakar (Senegal), Abidjan (the Ivory Coast, Tema (Ghana), Victoria (Seychelles), Antsiranana (Madagascar) and Port-Louis (Mauritius). Abidjan has the biggest port for the tuna fishing fleet on the Atlantic coast of Africa joining the three tuna canning factories in the port region. On the other hand, Mahé, in Seychelles, is the main port for the tuna fishing fleet on the Indian Ocean coast. Ivory Coast corresponds to over half of (65%) the production on the western coast, followed by Ghana 32%. Seychelles (57%) and Mauritius (34%) lead the production on the eastern coast.

“The African market is extremely relevant. Although, they have entered fishing treaties, and assigned commercial rights to Europe”, explains Cadu Villaça, from CONEPE. “There is a trend to strengthen this market in the African coastal countries. Besides Europe, China, Japan, and Taiwan are big Atlantic fishing exploiters. It does not make sense for some countries to have big fishing quotas and not have something similar in Brazil and Africa”, he concludes.

Overcoming problems in Brazil and Africa

There will be a global conference on oceans in Kenya in November to discuss strengthening the African coastal countries. “The Western Indian Ocean includes the coastal regions of Comoros, Kenya, Madagascar, Mauritius, Mozambique, Seychelles, Somalia and Tanzania where there are rich marine resources attracting around 500 commercial fishing boats from all over the world, especially for catching tuna. However, one from every five fish is caught illegally”, laments Uhuru Kenyatta, the President of Kenya. “Developing aquiculture can contribute significantly to relieve poverty, increase skills in local communities, and improve food security”, defends Senzeni Zokwana, the Agriculture, Forestry, and Fishing minister of South Africa, a country that intends to earn 177 billion Rands and make 1 million jobs available by 2033 through the exploitation of its maritime potential.

On the other side of the Atlantic Ocean, the Brazilian fishing sector struggles to achieve more efficient public policies and for more statistical follow-ups, essential for adherence to international certifications. Without them, Brazil can lose the right to exploit tuna fishing as a resource. “In the last few years, Brazil has not informed ICCAAT as to how much it has been fishing. We also have been fishing below the minimum and wish to go beyond that. “We need Brazil to pay its taxes and get regularized,” laments Euvaldo Bringel, the Agriculture, Fishing, and Aquiculture Secretary of Ceará State. He is also claiming funding policies to modernize the fleet. “Unfortunately, fishing is not a priority for the federal government. Brazil is not harnessing the economic resources from the sea”.

Among the eight existing tuna species, two are on the threatened extinction animal list, according to the International Union for Conservation of Nature (IUCN). They are Thunnus orientalis (also known as the Pacific blue tuna) and Thunnus thynnus, known as “the Atlantic blue tuna” or Bluefin tuna, the most coveted species that can reach 3.5 meters in length and weigh up to 650 kg. “Tuna fishing holds biological, economic, and cultural value significance, and for this reason, it is worrisome how the stocks are not being handled by employing robust precautionary approaches”, says Alejandro Anganuzzi, who is the global coordinator for the tuna fishing program of the Areas Beyond National Jurisdiction of FAO (ABNJ). “Whenever catch strategies are implemented that have been properly tested, the tuna RFMOs can work cooperatively in order to improve sustainability of their fishing catches “.
A report from FAO was published in 2016 that revealed that about 90% of the fish stocks on the planet are being overfished or fully exploited. The tuna species are highly migratory, and they represent around 16% of the total amount of all fish caught, and their management is the direct responsibility of five RFMOs. More than 85 countries catch tuna in commercial fishing quantities, and their annual exportations represent around 8% of all seafood commercialized internationally.

Among the eight existing tuna species, two are on the list of endangered animals.

Insecurity in the Gulf of Guinea

The number of incidents drastically increased in the region of the Gulf of Guinea in the first four months of 2018, as there were 36 reports, compared to 17 from the same period in 2017, according to data from the International Maritime Organization. Maritime piracy is a frequent occurrence in the Gulf of Guinea, especially near the Niger River delta and increasers the shipping costs by six times in this area. The Ghana Tuna Association represents the tuna fishing sector in Ghana, and they requested the local government increased protection efforts in monitoring the seacoast and asked the boats owners to avoid isolated fishing.

US dollars is the world record price for tuna. It was sold at the Tsukiji fish market, in Tokyo in January 2013. That Bluefin tuna weighed 222 kilograms and it was purchased by Japanese Kiyoshi Kimura, who runs a chain of sushi restaurants.

Identity and the strength of afro hair