Nilma Lino Gomes: The minister of the equality 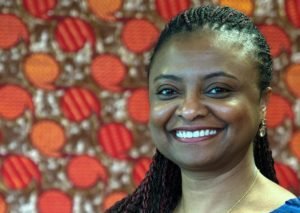 Nilma Lino Gomes, a pedagogue, is a reference as a researcher and active in the Brazilian Black movement and nowadays, she occupies an important role in Brazil. The Minister is from Minas Gerais and was born in Belo Horizonte. She is the Minister for the Special Agency for Policies on Racial Equality, Seppir. She has been in this position since the beginning of the year. Nilma is on the battle front for overcoming racism and decreasing racial inequalities. Although, there has been a great deal of general progress regarding the reduction of social inequalities, but Brazil is far from having a racial democracy. According to a study published by the UN in 2014, Black Brazilians are assassinated more often, they have a lower scholastic level, lower salaries, higher unem ployment rate, less access to health care, die earlier, and get a much smaller share of the Gross Domestic Product (GDP). Although they are the ones fill prisons and hold fewer offices in the governments.

Nilma Lino Gomes depends on support from social movements and the so-called “black media” to revert this scenario, as she tells ATLANTICO in the following interview. In her work, she takes the role as a leader, open to discussion, sensitive to the yearnings of the population and carefully keeps tracks of recent movements present in the digital social networks as according to her, in spite of facilitating democracy, also provides the opportunities for manifestations of prejudice and even some are criminal. In this conversation, she even speaks about disseminating the ideals for a racial democracy in a country as complex as Brazil, pointing out existing mechanisms for strengthening government policies for racial equality and defending education as a means for creating new values for future generations.

ATLANTICO – What is the current panorama regarding the issue on racial equality in Brazil?

Nilma Lino Gomes – Racism is an extremely complex phenomenon. I have always said that racial as well as rational discrimination are viewed differentially based on the context of our lives, history, income, scholastic level, gender, age, or sexual orientation. That incidence does not signify a greater or lesser degree of importance. But, in fact, it is a differentiated way of expressing racism. Thus, in the ministry, we face a great challenge to deal with this phenomenon and overcome it through policies promoting racial equality. So, recently we have seen some cases of racial inequality in Brazil, racial offenses. We have even seen racism is spread through social media, in social networks. These new media are ways for social movements to express themselves, but, there have also been places where other antidemocratic groups, have expressed their opinions as well. So, nowadays we face a challenge to guarantee policies for promoting racial equality and dealing with these different universes modern society is experiencing at present– Brazil is one of them – as an off-line life as well as online. Thus, there is a role for continual reeducation. The ministry plays an educational role, as well as a role for defining policies

ATLANTICO – What has Brazil done for decreasing these inequalities?

Nilma – In the last twelve years, we have implemented specific public policies. I see we have two innovative situations. One is the production of data through research studies performed by higher education institutions, as well as by the federal government, through research bodies and monitoring what we have. And these research studies have revealed racial inequalities in Brazil, as well as other forms of inequality. And at the same time, they are helping us to evaluate the progress we have made throughout these past twelve years in overcoming this scenario. Then, this is one aspect I consider important, which is generating studies and official research and another aspect is the very existence of government policies, including legislation on a national level seeking to decrease these inequalities. And one of them I would like to mention is the Racial Inequality Statute, which was implemented and will complete five years on July 20th. It is a very important law, as it ratifies the Federal Constitution, going in greater depth on issues promoting racial equality and the struggle for overcoming inequalities and defining guidelines for states, cities, and the Federal District in elaboration these policies.

Nilma – Each country lives its own historical, cultural, political, and economic context. I think we have some peculiarities here, when we compare Brazil to other countries that also display racial inequalities. The first issue when considering racism is, it is a global phenomenon, unfortunately. It does not only happen here in Brazil. It is present in other societies and it addresses other ethnic-racial groups and many societies have fought to overcome this phenomenon. In our case, we have a very peculiar characteristic that various anthropologists have already denounced and tried to understand the ambiguity of Brazilian racism. We live in a country where racism is confirmed by its own denial.
The more racism is denied in Brazil, the more racism propagates. And this is the way it opposes this or creates interruptions in this continuous and historical process, the Government intervenes and creates government policies seeking to overcome racism, as well as overcoming racial inequalities. I think that this is the reason why Seppir exists. It is an entity in the Federal Government for the purpose of creating policies for promoting racial equality articulated with other ministries, for disseminating in the civil society, social movements, and especially in discussing with states, municipalities, and the Federal District so that these policies do not remain only in the sphere of the Federal Government, but so they become part of State policies and then, they will be present all over Brazil.

ATLANTICO – How can the representatively of black men and women in positions of power help to decrease prejudice in Brazil, such as in the National Congress or in city halls? Do you believe that this representatively can help to eliminate racism?

ATLANTICO – What do you say to that portion of the population who say they are against these affirmative policies?

SEPPIR employs the Racial Equality Statute as its policy reference (Law 12.288/2010), that guided the preparation of the Multiannual Plan (PPA 2012-2015), resulting in the creation of a specific program entitled “Facing Racism and the Promotion of Racial Equality”. It also resulted in the incorporation of these themes in 25 other programs, totaling 121 targets, 87 initiatives, and 19 budget actions, in different fields of governmental action. 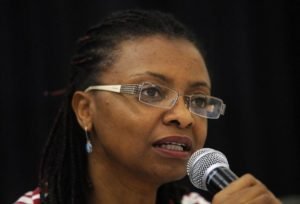 Nilma Lino is a pedagogue and has a master’s degree in Education from the Universidade Federal de Minas Gerais (Federal University of Minas Gerais) (UFMG), doctorate in Social Anthropology from Universidade de São Paulo (São Paulo University) (USP) and Post-doc in Sociology from the Universidade de Coimbra (Coimbra University), she is a professor on the staff of UFMG and researcher in the fields of Education and Ethnic-Racial Diversity, with special emphasis on the actuation of the Brazilian Black Movement. She is the head of SEPPIR and the first black woman to be the leader at a federal university and she holds the position as dean pro tempore of the Universidade da Integração Internacional da Lusofonia Afro-Brasileira (University of International Integration of the Afro-Brazilian Lusophony) (UNILAB), a position she has held since April 2013. Besides that, Nilma Lino Gomes is a member of the teaching staff for the post-graduate course in Social Inclusion and Knowledge Education – FAE/UFMG and the professor of the Master’s course of Socio-biodiversity and Sustainable Technologies (UNILAB). She was the General Coordinator for the Teaching Program, Research and Affirmative Extension Initiatives at UFMG (2002 to 2013). She is a member of the Post-Graduate National Association and Education Research (ANPED), a Member of the Brazilian Anthropologist Association (ABA) and the Brazilian Association of Black Researchers (ABPN), she was the president from 2004 to 2006. The minister of SEPPIR also became a member of the National Elementary Education Council Chamber (2010 to 2014 term), where she participated on the national technical commission of diversity related to Afro-Brazilian education.

The Secretariat of Policies for the Promotion of Racial Equality was created in March 2003, created to recognize the historical struggle of the Brazilian Black Movement. That date is emblematic, as throughout the world, the International Day for the Eliminating Racial Discrimination, was instituted by the United Nations (UN), in memorial to the Shaperville Massacre. On March 21st 1960, 20,000 blacks protested against the apartheid pass laws, which obliged them to carry identification cards, specifying the locations where they can circulate. That took place in the city of Johannesburg, in South Africa. Even though it was a peaceful demonstration, the army shot at the crowd and the violence toll was 69 deaths and 186 injured.