Nollywood: Light, camera, and many action! 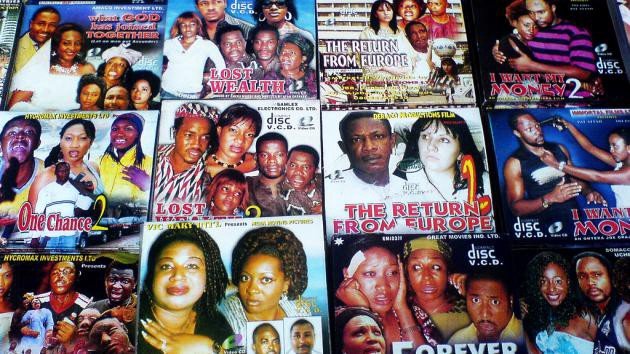 Tholds first place in its ranking in the number of movies launched and the third highest in invoicing in the world, Nollywood, is the name given to the Nigerian cinematographic industry. It employs over 1 million people and it ranks second place and it is just behind agriculture regarding the number of people employed in the country. It is responsible for 5% of the GDP in the country, and the 4th most important economic sector. Even though, it boasts the title as the most important cinema industry in Africa, the Nigerian production is still not well-known in Brazil. However, it attracts the attention of anyone who works in the audiovisual field and those who study this subject.

Nollywood attracts attention, not just due to the number of movies it produces — an average of around 1,500 movies per year, about 15 times more than the Brazilian industry — but also because of the content being produced. This is because the Nigerian cinema seeks to express diverse traditions and existing styles of life in the country, as there are over 180 million inhabitants divided into 389 ethnic groups and who speak about 250 different languages. The movies portray such aspects ranging from religion to social issues, including such subjects as rape, domestic violence, and cancer. In fact, Nollywood has told the history of Nigeria through its movies and the audience has enjoyed what it has seen.

Maria Pereira, a social scientist, is the cultural project administrator and founding partner of Praga Conexões, a Brazilian company conceiving and implementing projects in the audiovisual and educational fields. One of these projects was the “Mostra Nollywood” (Nollywood Cinema Show), held in 2012 and sponsor by the “Caixa Econômica Federal” Bank, one of the main government banks in Brazil, and it introduced Nigerian movies for the first time showing these movies from different time periods to the local audience, as well as bringing its main filmmakers and producers to Brazil.

“The audience was not so big”, she reported.”However, those who were present were really impressed. Partially, this was due to the fact of the unfamiliarity of Nigeria in the presentation of some of its cinema productions. When leaving the Nigerian movie I remember, when a spectator said that I would never have imagined that there were middle-class people in Africa”. 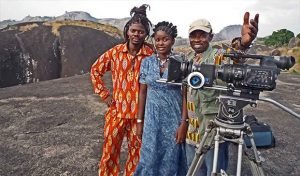 The event had a big repercussion in the Brazilian media. Nigerian cinema is practically unknown to the general public in Brazil. However, the production methods and distribution used in Nollywood have attracted increasing attention of Brazilian researchers and filmmakers. “They have a notion on the coherence of the movie budget and its potential for communication and box office sales. Regarding the Nigerian distribution methods, they have invested in alternative forms, affordable to the majority of the society, related to economic terms, as well as geographic aspects”, Maria Pereira exemplifies.

Another interesting point in Nigerian cinema, according to her, is the approach the filmmakers apply to the imagination of the average spectators in terms of language and themes of interests. For her, there is a cultural approach between what the cinema does and what is consumed in the country. “The majority of the filmmakers in Nollywood are from popular social classes. They have given up their professions as bricklayers or mechanics, for example, and when there is a boom in the industry, they launch into the universe of audiovisual filmmaking. They were/are their own target public. Therefore, they understand like nobody else, their subjects of interest and the type of narrative involved in those subjects”.

Maria Pereira speaks about her favorite Nigerian movies, ideal for those who intend to be inserted in this universe. “The movies by Tunde Kelani and Kunle Afoloyan are really great. Tunde is one of the most respected in Nigeria, who has been producing movies for a long time, and Kunle, who is a young filmmaker who is producing a great number of high quality movies”, she states. “An important classic is the Ousofia in London, a comic work, filmed in London that was designed in the Nollywood cinema for the world. Issakaba is another filmmaker, who has produced a series of movies — who was rated as even up to the eight best — action and violence movie production “.

Philipe Ribeiro moviemaker and audiovisual researcher discovered the Nigerian cinema right after doing research studies on alternative methods on the distribution and exhibition of movies in underdeveloped countries. The attention focused on the Nigerian productions made Philipe speak with other people who were interested in the same concept. Then, he decided to create the ‘Cinema Nigeriano’ (Nigerian Cinema) blog. “I needed to collect and organize the research material so that afterwards I could speak to other scholars on the subject and that way this study would become more dynamic and collaborative through this blog”, he remembers.

Nowadays, Philipe produces movies in fishing and rural laborer communities and he has sought to emphasize the live style of the countryside people blended with the arid climate in northeastern Brazil. All that inspiration, according to him, has been derived from his passionate love for the achievements of the Nigerian cinema. 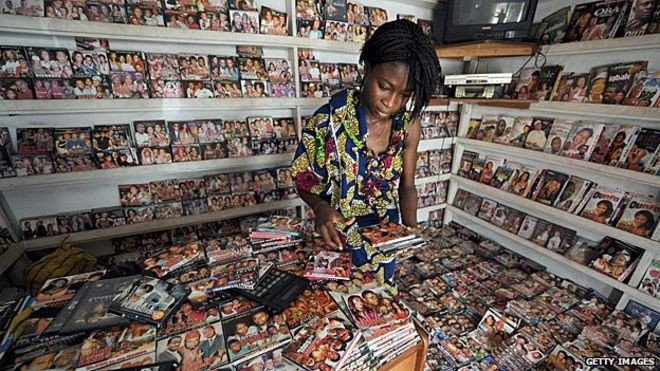