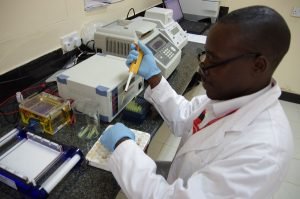 There is an important set of reasons determining the current “dispute” by many for Africa, as it is the last frontier of capitalism. One of reasons is the abundance of natural resources and minerals, considered as fundamental for the industry of global high technology. The coveted venture for this continent is also justified due to the fact that it is one of the largest reserves of water on the planet, the existence of immense areas of open land for growing foodstuffs and the arising of strategic sectors, such as the increasing production of natural gas and petroleum. After adding all these factors up, there is even a growing middle class, due to increased political stability and the recovery of economic growth.

The fact is that Africa, since the end of the XX century and the beginning of this century has been displaying diverse attractions in the economic sphere, as well as in the diplomatic. “The continent offers the availability of important and essential raw materials; resources (wealthy countries) depend on for growth. There is also another important factor; Africa has the availability of the largest amount of arable non-cultivated land. Thus, in terms of foodstuff supply, water, and other related thing, Africa is very well ranked”, says Lyal White, director of the Centre for Dynamic Markets from the Gordon Institute of Business Science (GIBBS), at the University of Pretoria in South Africa.

These recent processes of social and economic transformations have also generated an increase in the middle class, which means, there is a greater number of potential consumers. “This has occurred in some countries, but not all”, reminds Pio Penna, professor of International Relations at the University of Brasilia (UnB). “There are still some countries suffering from extreme penury, meanwhile others, in fact, have aroused attention”. 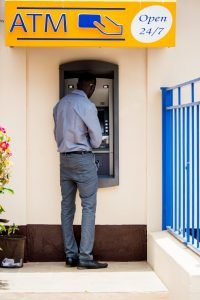 Africa, during the entire period of the Cold War, was transformed into a space for disputing rivalry between the two superpowers at that time (the United States and the Soviet Union) and its regional conflicts ended up taking on an international nature. In the decade of the 1990s, the continent was marginalized. “Which means, the entire process began a decade earlier, in an effort for economic obstruction of the continent, impelled by structural adjustment plans promoted by FMI and the World Bank, which brought about a great impact in the following decade and ended up producing a considerable stagnation”, explained Analúcia Danilevics, International Relations professor at the Federal University of Rio Grande do Sul State (UFRGS).

There was a change in the course of action during the first decade of the twenty-first century, when new international players started to narrow their ties to countries in this continent. “I am referring to the emerging countries, mainly China as it began to play a very important role and guaranteed its presence throughout the entire continent. India too, Russia tried to recover its relations, and Brazil itself, strengthened its Africa policies during that same period”, tells the professor.

That period brought about a process of political stability and recovery of growth. Meanwhile, there was a decrease in wars being waged and conflicts on the continent. “Those problems are still present, but compared to the decade of the 1990s, there has been a great decrease nowadays”, explains Pio Penna, from UnB. “Thus, a new manner of international insertion has begun in some countries and placed Africa in the holophote again is China that started investing heavily. Europeans returned, North Americans began to approach and the Brazilian policy on African was restarted beginning in 2003”, he confirms.

For Antônio Carlos Alves dos Santos, Economics professor at the Pontifical Catholic University (PUC) in São Paulo, the improvement of economic data and the growth rates of the African continent in the last few years have undergone changes, also, in the economic administration. According to him, “the African continent has gone through an extremely closed economic policy, with few relations with global commerce, and now this has changed to an increasingly open economic policy. Thus, this situation has improved relations with the rest of the world and provided new opportunities for various partnerships”.

“The BRICS association of emerging countries has brought international relations to the continent in a new approach, through an effective cooperative initiative. Thus, Africa has regained its strategic importance, so much so, that we can even observe a reaction from traditional powerful nations (the USA and Europe) attempting to recover that absence and, thereby, establish a new dispute”, adds Analúcia Danilevicz. “We are speaking about a continent with a great number of ‘available’ spaces for accommodating a little of the population growth taking place in other regions of the world”, emphasizes the professor.

Brazilian trade with Africa has increased extraordinarily. From 2003 to 2012, foreign trade with Africa increased from US$ 6 billion to US$ 26.5 billion. The continent still occupies a small portion of the total Brazilian balance of trade — 5.1%, in 2003, and increased only to 5.7%, in 2012. However that percentage can increase. And a great deal. Besides that, Africa has displayed an economic advantage related to Brazil, as the Country exports more commodities with added value products, as the Chinese and Indians do.

Professor Analúcia Danilevicz, says that Brazil can participate in the development of Africa based on two dimensions: economically and diplomatically. “That is not just related to trade relations, which are also important, but in the internationalization of Brazilian companies, from Brazilian conditions in their support for the development of African companies based on sharing experiences Africans can also offer”, she says.

Nonetheless, in spite of the presence of some African countries, Brazil has few available resources for making direct investments “The actuation of China in African countries has been similar to the worst moments of British imperialism”, expresses Antônio Carlos Alves dos Santos, professor at PUC in São Paulo. According to his evaluation, China comes to Africa providing resources and labor, but does nothing to help in local development. Brazilian government offer a more favorable alternative, he says, as it puts into practice, so that Brazilian companies actuating in Africa import qualified manpower from Brazil, yet without neglecting the harnessing of the local manpower. The idea is “trying to mix both” (and benefit from both).

“The Brazilian government needs to facilitate, instead of interfering. Initiatives for a cooperative approach, the internationalization of companies, a dynamic political agenda, proximity to the continent, as these are some factors that will facilitate our approach”, defends Pio Penna, from UnB. “That is what China and the USA do. That is what companies do: commercial diplomacy”, adds Antônio Carlos Alves dos Santos, from PUC in São Paulo.

“The focus in Brazil is on certain types of policies to try to abort the increase of inequality. And considering that the focus in China is to build infrastructure, I believe the combination from both focuses will be useful in the context of Africa”, predicts Lyal White, director for dynamic markets at GIBBS.

“The actuation of Brazil is important, especially in the field of agriculture and food safety. The expansion of Brazilian technology and know-how in agriculture has been used as a model for development for more underdeveloped countries, such as Mozambique or Zambia”.