Currently, there are an estimated 400 to 700 thousand elephants living in Africa. In 1979, that figure reached 1.3 million. A third of this population was eliminate between 2007 and 2014. This uncontrolled killing is linked to the illegal ivory market. Hunters’ gangs can receive up to $ 1,100 per pound of material. Although international trade in ivory was banned in 1989, there is still a thriving black market that sponsors the killing of elephants.

Alarmed by the risk of species extinction and pressured by environmentalists, governments in African countries have increased the vigilance and punishment of elephant hunters and smugglers as well. Parallel to this, the international community begins to put an end to the ivory trade. The latest move was the announcement by China, which promised to eradicate all domestic trade and processing of the material by the end of 2017. Data from international organizations, such as the NGO Traffic, point out that China accounts for more than 70% of the world’s demand for African ivory, a material that has always been a symbol of status in the country, coming to be called “white gold”. 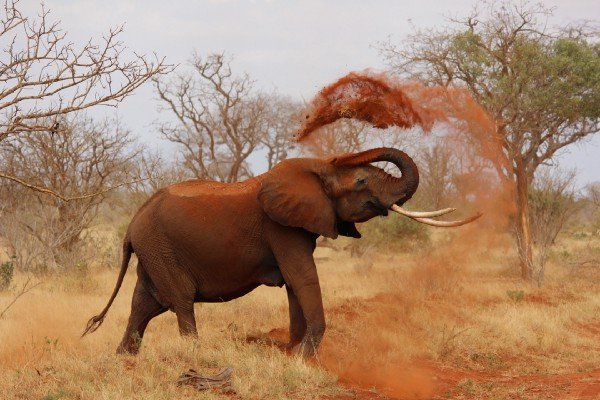 “The ivory traders have just lost one of their largest markets,” said Aili Kang, Asia Executive Director of the Wildlife Conservation Society. “This is great news that will close the world’s largest elephant ivory market. I am very proud of my country for showing such leadership that will help guarantee that elephants have a chance to fight extinction. “

The World-Wide Fund for Nature (WWF) also praised China’s move towards a complete prohibition, but called on the Chinese territory of Hong Kong to present a plan to end its ivory trade by 2021. “With China’s market closed, Hong Kong may become the preferred destination for traffickers to wash illegal ivory under the cover of legal ivory trade, “said Cheryl Lo, Senior Wildlife Crime Officer at WWF.

Most of the smuggling ivory that leaves from Africa generally passes through Malaysia, Vietnam, the Philippines or Hong Kong before reaching final destination, China and, to a lesser extent, Thailand. Therefore, there is a fear that the closure of the Chinese market will foster the growth of informal markets in other Asian countries. Vietnam, for example, has become, in the last ten years, one of the main illegal ivory markets in the world. This is because a provision of the ban on ivory trading in the Asian country allows any ivory obtained before 1992 to be legally marketed in the country. However, illegal traders can easily circumvent the legal controls.

Tourists from mainland China accounted for about 75% of buyers. Although the gross ivory price is the same as in China (between $889 and $1334 per pound), indirect costs, such as the cheaper labor force, make ivory items inexpensive in Vietnam.

The NGO Save The Elephants denounces lawlessness in Vietnamese and Chinese customs on land borders and the government’s limited effort to prevent online chat selling. “We must work together with governments to prevent markets from appearing in other places like Vietnam,” emphasizes Iain Douglas-Hamilton, founder and CEO of Save the Elephants. “Thailand in particular has made great progress effectively closing its considerable domestic ivory market,” explains Richard Thomas, global communications coordinator for the NGO Traffic. “We also offer technical support to China in its efforts to close its domestic market.”

The Convention on International Trade in Endangered Species of Wild Fauna and Flora (CITES), which came into force in 1975, banned trade in ivory in 1989. In October 2016, a resolution was adopted by the United Nations (UN) Asking its member countries to stop marketing ivory, aiming to preserve the lives of elephants. 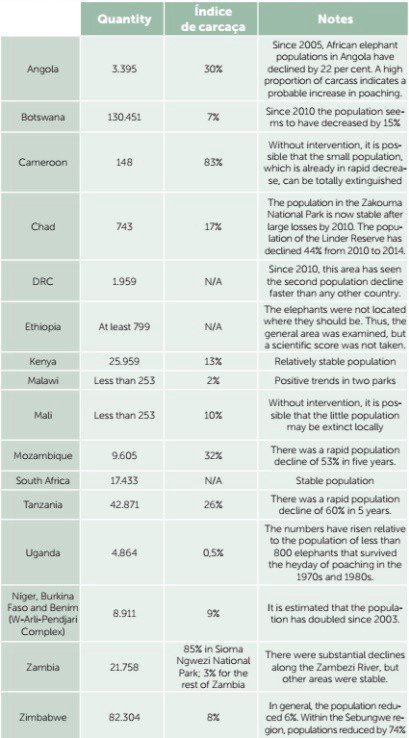 “Every 15 minutes, an elephant is killed because otf the value of its tusks, and at that proportion they will disappear forever in a few years.” The statement is made by Danny Auron, director of campaigns for the online platform Avaaz, specializing in online request. To be more rigorous, the definitive extinction of the species can occur in only 9 years. Data are from the Great Elephant Census (GEC), the first large counting of the species using standardized methods of data collection and validation, as the result of three years of research and the union of 90 scientists and six partner NGOs.

According to the research, the estimated population of Savanna elephants is 352,271 in the 18 countries surveyed. In 15 of these countries, populations decreased by 30% between 2007 and 2014 and the current rate of decline of species is 8% per year, mainly due to poaching. “If we cannot protect the world’s largest terrestrial mammal, the prognosis for wildlife conservation as a whole is bleak,” says Mike Chase, lead scientist and founder of an elephant conservation group based in Botswana called Elephants Without Borders. “My hope is that many countries will come together to save the elephants, as China has done, before it’s too late,” said philanthropist Paul T. Allen, who invested $ 7 million in the Great Elephant Census.

Generally ivory is obtained illegally in the form of small tusks or tusks cut into 1 to 3 kg pieces while the end products in most cases are pendants, mass produced jewelry and other small items that are easily transportable.

Tanzania, Gabon, Cameroon, the Central African Republic, Mozambique and the Democratic Republic of Congo were the countries most affected by elephant hunting.

AfCTA: Ministers of Trade pave way for the operationalization