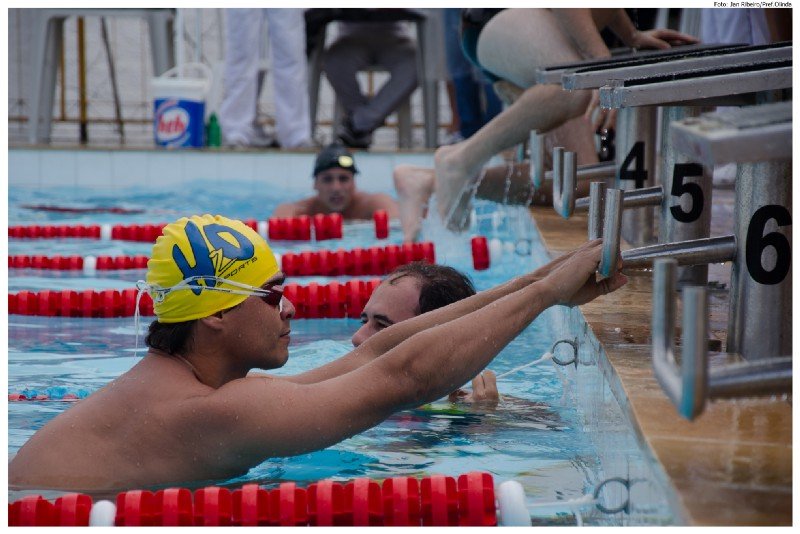 The 2016 Olympic and Paralympic Games will take place in Rio de Janeiro and that is really important historically. The geographical distribution for the event has never been homogeneous. For example, it will be the first time that the games will take place in South America, as this means the 2016 edition in Brazilwill begin a precedence so that Africa can also dream of one day hosting this sport competition event as well.

This event has never been held on the African continent, in spite of the successful experience in the 2010 World Cup in South Africa, and the choice of Durban for hosting the Commonwealth Games in 2022. The quest for holding the Olympics ina country arising mainly due to the positive results it provides to the host countryof the Games. “When a city hosts an important event like this, the world looksdirectly at it and there are great opportunities for economic growth arising fromit. The effect is transforming”, confirms the Brazilian athlete Shelda Bedê, a winner of silver medals in two editions of the games.

The games in Rio conclude what is called the “Sports Decade” in Brazil, as there has been a series of sports events starting in 2007 when the Pan-American Games were held in Rio de Janeiro and that also included the World Military Games, played in 2011, the Confederation Cup by FIFA, in 2013, and the World Soccer Cup that took place in 2014, and now the first edition of the World Games of Indigenous People, held in 2015 in the city of Palmas, Tocantins.

Thus to try to maximize the economic and social benefits of these great events, the Brazilian government needed to develop a series of joint actions. One of these solutions was the creation in 2008, the General Coordination of Sports Cooperation and Exchange (CGCE). This body, linked to the Foreign Affairs Ministry, seeks to promote improved interlocution among governmental and private sectors, domestically and internationally, involved in the organization of these mega sports events.

“In general terms, the creation of the CGCE consecrated, in our foreign policy, the understanding of sports as an important diplomatic instrument serving Foreign Policy, showing a positive impression of Brazil”, explains Vera Cíntia Alvarez, ambassador for the CGCE ministry. “As a result, we got the signature of over 50 Agreements for Sports Cooperation from a large number of countries, as: Angola, Benin, Burkina Faso, Guinea-Bissau, Iran, and Mozambique, as well as cooperation agreements on the subject of mega sporting events from such countries as: South Africa, Germany, Australia, Canada, the USA, and the United Kingdom”.

The Olympic and Paralympic Games constitute the main sports event in the world and represent, at the same time, challenges and opportunities for the host country. In the case of the 2016 Rio Games, scheduled for the period from August 5 th to the 21 st , Brazil will receive over 10 thousand athletes, 25 thousand journalists and accredited press professionals, and 7 thousand members from the National Olympic Committees. Besides that, 350 thousand tourists are expected. “In terms of the impression of Brazil to the rest of the world, the potential benefits are unmeasurable, but that also increases the challenge to organize the Games successfully”, stresses Vera Cíntia Alvarez, from CGCE.

For the candidacy of Rio de Janeiro to be successful and to begin the Olympic decision for choosing South America, it was necessary to be selected from among other developed countries that have a long tradition of Olympic games, such as the United States, represented by the city of Chicago — supported by president Barack Obama, Japan that proposed the Games to take place again in Tokyo, and Spain hosted the games successfully in Barcelona in 1992, and was in favor this time to take place in Madrid, including the strong support of the former president of the International Olympic Committee (IOC), Juan Antonio Samaranch. “The victory of the Brazilian candidacy that represented equally, international recognition throughout the course of decades of political and social progress of the Country, such as the consolidation of the democratic regime, growth, and stability of the economy; the process for social inclusion, and the reduction of economic inequalities”, believes Vera Cíntia Alvarez. 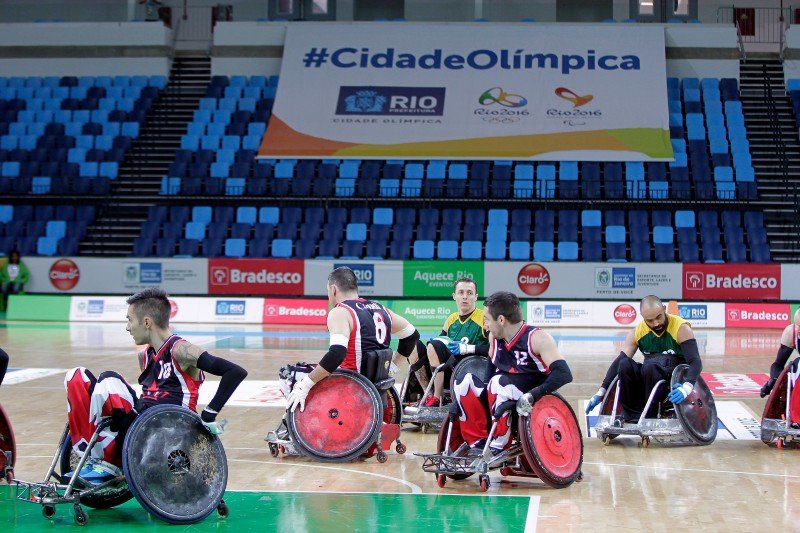 As Africa has not yet experienced the dream of holding the Olympic Games, the experience from Rio de Janeiro shows the world several lessons. “The greatest lesson learned from Rio is to show that cities from less developed countries can display great potential and make it possible to host the Games and to harness that opportunity for transformation the location. Showing, it is possible to be creative and use different partnership models with private incentives for investing in holding an event such as this, without burdening the government treasury more than desirable. Making the construction sites feasible, adhering to planned costs, and complying with expected due dates, and in the planning making it possible to utilize the diverse sports installations after the Games are concluded”, assure Mayor Eduardo Paes. “The holding of Olympic Games in Africa would be a great conquest for the international community and for the African continent”, evaluates Vera Cíntia, the Ambassador of CGCE.

Between the burdens and the opportunity

The simple fact of hosting the Games does not assure automatic progress for the host-country, especially when the event takes place in a developing country, as Brazil is. “Thanks to this necessity for holding the Games, Rio is experiencing a period of profound changes, through the implementation of projects, and in some cases, those projects had been in the works for decades. Two expressive examples are the exclusive bus lanes and the revitalization of the Harbor Region”, confirms Eduardo Paes, mayor of Rio de Janeiro.

The economic and social progress is also linked to investments a Country makes in order to hold an event like this. In the case of Brazil, the Games in Rio have already allocated R$39.07 billion Reais in investments. However, according to authorities, 57% of the resources or in this case R $ 22.2 billion Reais have come from private initiatives. The remainder of the R$ 16.87 billion Reais equivalent to 43% of the budget has come from government funding. &quot;We consider that all the ongoing projects are challenging, because nothing can go wrong. If one of them does not get good results, that can compromise the evaluation of the entire event. For this reason, we all have accepted these commitments with the same sincerity and dedication”, evaluates Joaquim Monteiro de Carvalho, president of the Municipal Olympic Company .

A continent and a dream

All that Olympic motion seems to be very close to the African continent. “We have the support from the International Olympic Committee so that Africa is launching its candidacy for the 2028 Olympics”, reveals Lassana Palenfo, from the Ivory Coast, who is president of the African National Olympic Committee Association (ANOCA). Some countries have taken action in order to strengthen their candidacies in Africa.

South Africa, Morocco, and Kenya (Nairobi) have tried, in a certain way, to run for candidacy for the 2024 Olympic Games, but they have already been eliminated. South Africa, however, has a competitive advantage as they have already acquired expertise by holding two unprecedented events in the continent; one of them was recognized as a success: the FIFA World Soccer Cup, in 2010, and the Commonwealth Games in Durban, that will be held in 2022. “Our idea is to present a joint candidacy for the Games that can be held at the same time in South Africa and another African country, but Africa as a whole giving support to the candidacy”, commented Lassana Palenfo. “Algeria, Tunisia and, Morocco also can combine technical and logistic competency for presenting a request”. 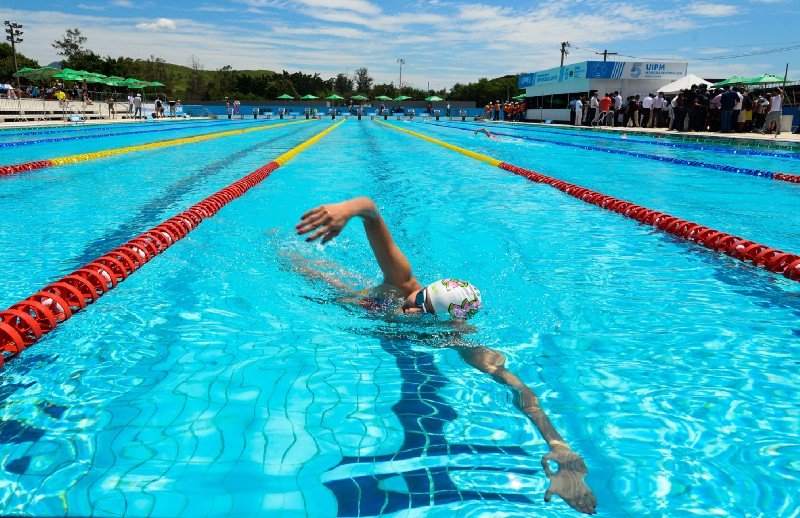 The excellent hospitality of Africans

As part of the strategy for showing the potential from the continent, the African Olympic Committees (ANOCA) created a space inside the Olympic Games called the African House that began in London in 2012 and it will get an even larger version during the Games in Rio de Janeiro. “We wish to promote our continent by showing its different facets”, explains Lassana Palenfo, president of the entity. “This project is a window to the world for promoting commercial opportunities at different levels. Sports are great tools for uniting people and promoting peace all over the world”, he says.

In Rio, the African House will be used as a hub focused on spreading business, tourism, and strategic partnership opportunities. Another strategy is to experience this in Brazil close at hand. “During a work mission we participated in Brasilia at the beginning of February, we had very fruitful discussions with the employees at the Ministry of Sports. We agreed to deepen our cooperation for mutually advantages”, adds Palenfo.

The ambassador of the African House Project in Brazil, João Gilberto Vaz, informs us that the space is being set up from August 1 st to 21 st at Casa Shopping in Barra da Tijuca, and there will be 2,500 square meters, spread out into 20 booths for the Olympic Committees from African countries, and there is space for up to fifteen companies from African, Brazilian, and other countries interested in Africa. There is a VIP area for up to 150 guests, and a presidential lounge for 30 people to greet heads of States. “It will be the largest hospitality center during the entire Olympic Games”, he assures.

On an average, I estimate there will be 1,000 people who go through there every day. “We will display the best from the African continent: culture, cuisine, music, fashion, as well as space for promoting business opportunities”, tells João Gilberto Vaz, the Ambassador and adding that when “entering the House, it will be similar to an airport check-in, in order to provide visitors a simulated experience of what it is like on a real trip to Africa”.

An unprecedented exhibition brings together sculptures, sarcophagi and mummies from Ancient Egypt in Rio de Janeiro

Fernando Mourão: he is more than a Brazilian, he is an Africanist