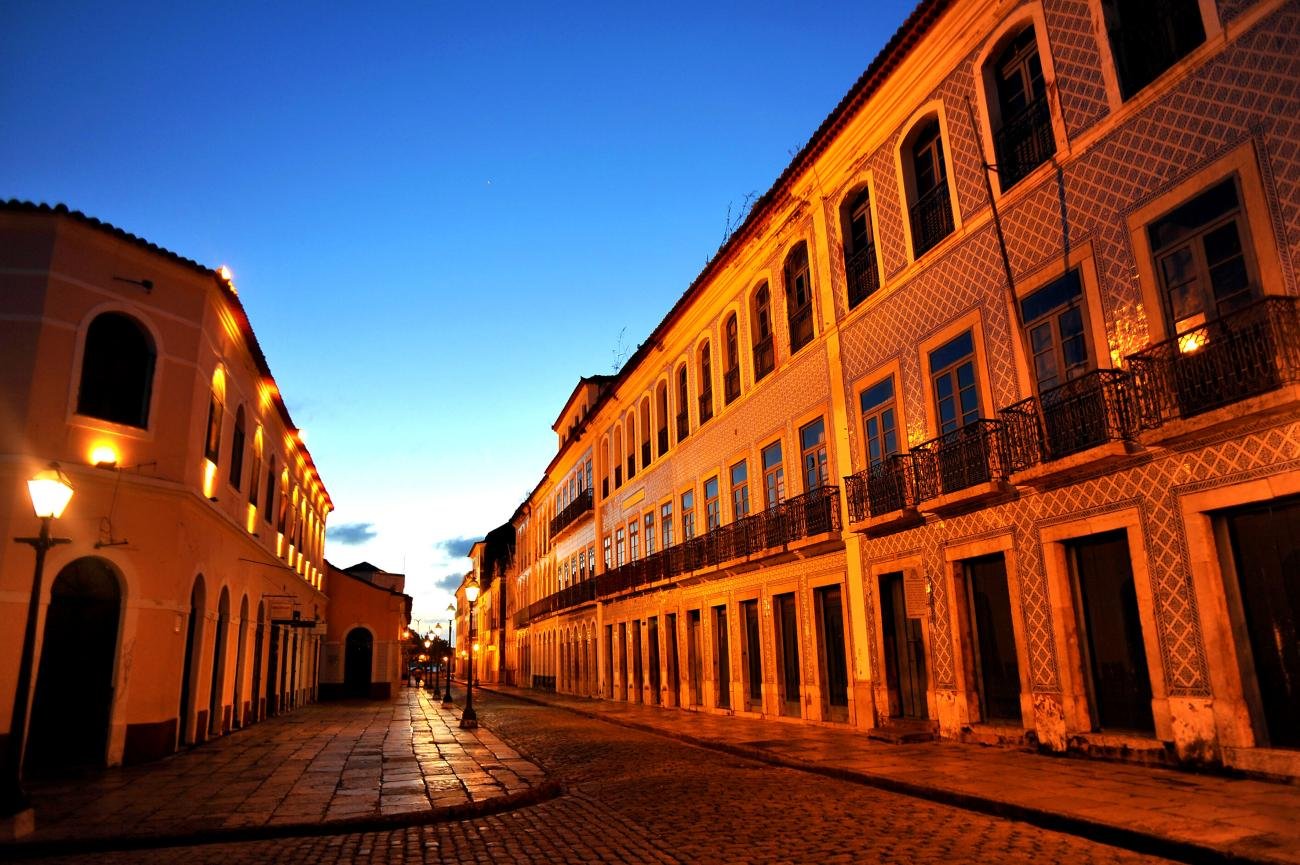 It is located on an island off the coast of Maranhão State. This state connects the northeastern arid lands to the Amazons. There is an ethnic miscegenation in the DNA in the city of São Luiz impacted by French, Dutch, Portuguese, African, and Indigenous roots. That mixture resulted in intense cultural verve. The Historical Center is made up by about 3,500 old buildings and its stone sidewalks and bluish facades, and it was internationally recognized in 1997 when it was awarded the UNESCO title as a World Heritage Centre. The landscape is highlighted by the “Palácio dos Leões” (Lion Palace) and “Palácio La Ravardière” (La Ravardière Palace), both were utilized as government headquarters, as well as the “Igreja da Sé” (Sé Church), the most important religious monument in the city. Its main architectural feature is the predominant gold-plated altar. There are popular festivals on the city’s calendar resplendent of colors and music, such as the “Festa de São João” (Saint John Festival), celebrated during the entire month of June; “Bumba-Meu-Boi” (a Brazilian folk theatrical tradition), considered as one of the most important cultural manifestations in the region, and “Tambor de Crioula” (an Afro-Brazilian dance style), a dance practiced by descendants from African slaves praising “São Benedito” (Saint Benedict), one of the most popular saints among Blacks. The smells, tastes, and colors of the local gastronomy are present in typical dishes as “Arroz de Cuxá” (a dough made from cassava and dried shrimp), shrimp pie, “doce-de-espécie” (a dessert made from coconut), “Guaraná Jesus” (a sweet soft drink), and “Tiquira” (brandy made from cassava). Visitors who visit São Luiz can see even more enchantment, as they can even enjoy boat rides along the rivers in the surrounding areas of the city; there are countless wetlands and sand dunes, as well as deserted beaches. All these things are just a few kilometers from the Historical Center. Then visitors can get some famous handcrafted souvenirs, made from leather and lace, as well as tropical fruits that are even considered exotic for Brazilians.