Study reveals the potential for bioenergy in Africa 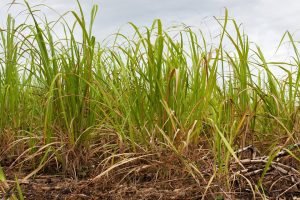 Sugarcane bioenergy can change the social and economic reality of millions of people in poor regions in Africa and Latin America. This is pointed out by a study carried out by researchers from several institutions in Brazil and abroad that lasted five years and evaluated the expansions potential of sugarcane bioenergy production in Latin American and African countries. The data was provided in a 418 page document entitled “Sugarcane bioenergy for sustainable development”, which combines 33 articles by 60 researchers.

Both Latin America and Africa have favourable conditions for production and are strategic regarding the expansion of bioenergy in the world. Data from the Organization for Economic Cooperation and Development (OECD) indicates that there are around 440 million hectares of land available globally to be used for the production of bioenergy by 2050. More than 80% of this land is located in Africa and in South and Central America. Around 50% of these areas are concentrated in seven countries: three African countries (Angola, Democratic Republic of Congo and Sudan); and four Latin American (Argentina, Bolivia, Colombia and Brazil).

Brazil is now a reference in the production of sugarcane bioenergy in the United States. The two countries together account for more than 80%of the current production of liquid biofuels. “Brazil is, by far, the country with the greatest land availability for sugarcane production and furthermore for the production of bioenergy. The country is a rare example, an atypical case, of producing bioenergy from sugarcane with high productivity”, says Luís Augusto Barbosa Cortez, professor at the State University of Campinas (Unicamp) and the coordinator of the project.

Bioenergy could substitute coal, a source of energy used by 59 million people living in Southern African countries – where 90% of the population uses low-quality and unhealthy energy to cook, researchers estimate.

The study points out, for example, that in Mozambique, the cultivation of sugarcane in 600,000 hectares – which corresponds to less than 3% of the available land for sugarcane in the country – could generate 4.1 billion litres of ethanol and 2.7 terawatt-hours (TWh) of electricity per year, supporting 3.3 million jobs and increasing Gross Domestic Product (GDP) by 28%.

“There is adequate and sufficient land available in the country to expand sugarcane production, without prejudice to other uses, such as food production and animal food. The view that the production of bioenergy with compete with food is wrong”, says researcher Luiz Augusto Horta Nogueira, one of the authors of the study.

South Africa is now the largest producer of sugarcane in the African continent followed by Mauritius, Malawi and Mozambique.