The expansion of the Panama Canal and new perspectives The ship named Cosco Shipping Panama is a Chinese container transporter ship that was he first ship to sail through the new lock of the Panama Canal on June 26 th 2016, an important historical date for international maritime trading. This expansion has been the largest engineering worksite in the XXI century up to now. After this enlargement, there is now a third canal with a set of sluices uniting the already two existing ones, thereby allowing for the passage of ships three times larger than previously. Around 5% of all maritime trade sails through Panama. And for that reason, theoretically, transoceanic maritime shipment is intimately linked to economies of scale that would cause almost an immediate impact on this. But, for right now, that is not exactly what is taking place.

This is the first expansion of this waterway since its inauguration in 1914. Before that, the largest ships crossing the canal (named Panamax) were loaded with cargo equivalent to 20 foot 4,400 containers (Twenty foot equivalent units). After that, the number of containers increased to 12,600. The vessels began to operate according to the new capacity of the canal that now is named the New Panamax.

The new situation encouraged some vessel owners. For example, Maersk, a Danish container shipping company and the largest in the world, expects to conclude 2016 with over 400 vessel crossing the Canal. “We were anxious to see our largest vessels sail through the new locks. This is a very positive improvement for our trade, says Søren Toft, chief Operations director of the company. “The expansion provides more options for us, especially from Asia to South America. It is provable that Maersk Line will increase it utilization of the Panama Canal and will make adjustments in one or more shipping lines by using larger scale ships sailing through the new locks”, tells Anders Boenaes, the Maersk Line network boss.

The fact is this expansion will make a noticeable direct impact on trade between Asia and the East Coast of the United States. Currently, 70% of all North American importations coming from Asia arrive at the East Coast ports and continue on by ship or train to their final destination. This voyage takes around 18 days. The voyage is only by water, through the Panama Canal, which takes 22 days. However, it can be from 10% to 25% less expensive, depending on some variables. The savings can be even greater by sailing in new vessels that are capable of transporting even more containers.

These advantages are for the North American market and do not apply to many South American countries. “The price of the fuel used in ships has decreased a great deal all over the world. Thus, this decreased the cost of these voyages”, informs Fernando Serra, one of the authors of the study on “the Panama Canal: Effects from the Expansion of Ports in Brazil”, published in 2013 by Antaq (the National Agency of Waterway Transport). “Besides that, the Panama Canal Authority charges more for the trip than expected, making the appeal of the route less attractive”. 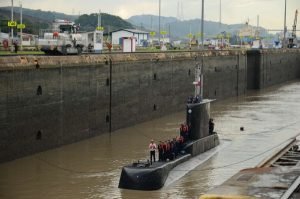 Even so, the canal is attractive to some Brazilian segments, such as Brazilian agricultural products and other perishable goods. “The cost for sailing through the Panama Canal is not cheap, but in any case, it is another option for shipping cargo”, notes Wagner Cardoso, Infrastructure executive manager of the National Industry Confederation (CNI). “As soon as the prices of fuels drop for maritime cargo ship freight, the rates charged by the Panama Canal will become more expensive than sailing another two or three days”, evaluates Leandro Barreto, a specialist in maritime transport and logistics professor at FIA/USP. “We are mining ore in Northern Brazil and a promise of a new canal for distributing the agricultural production, leaving Mato Grosso State and the output is then shipped through Pará State. If this route really consolidates, the North would be an important route for distributing the production from this production source. Thus, the Panama Canal would become more attractive”.

Besides that, in the current economic scenario, there is not enough cargo for justifying this route. And this is because the largest economic sectors in Brazil are concentrated in the Southeast region, where the demand for cargo is around 80%. The largest port in the Country is in Santos and it is located in that region. And then to navigate along the Cape of Good Hope in the extreme southern part of the African continent is still the best option for connecting to Asia. However, the Country needs to improve its port infrastructure in order to improve the distribution and not lose competiveness when the economic scenario improves.

One solution would be to build hub ports in the Northern or Northeastern regions in order to concentrate the vessel routes of those sailing towards Panama. “The goods arrives at these ports and afterwards they are distributed to other parts of Brazil by shipping to other ports within the same country, explains Michel Bittencourt Weber, co-author of the study performed by Antaq. “However, we see it would be necessary to make a series of investments so that long-distance vessels would dock at these ports. It is not only necessary to invest in infrastructure, but also on the handling of these cargos”. If these ports were created, they would be direct competitors to those existing in the Caribbean.

In official discourse, support and the beginning of a new era

“We are going to continue providing support to the Panama Canal Authority and our port operators to provide a world class service and enhance our logistics system, by creating incentives and the necessary conditions to add value to our interoceanic route”, says the president of Panama, Juan Carlos Varela, during the inauguration ceremony for this new canal lock.

“It is an honor announcing that we were able to carry out this project jointly: providing this great connection to the rest of the world. This is the beginning of a new era”, Jorge Quijano who in turn stated, the CEO of ACP. “Over 100 years ago, the Panama Canal connected these two oceans. And today, we are connecting the present to the future”. The construction of this enhancement of the Canal began in 2007 and it is not free from controversies. There was a delay of around 20 months in the delivery of the worksites and the unforeseen extra costs upped the price to 5.25 billion dollars that brought about conflict between the construction group, led by Sacyr from Spain and the canal authorities (ACP). 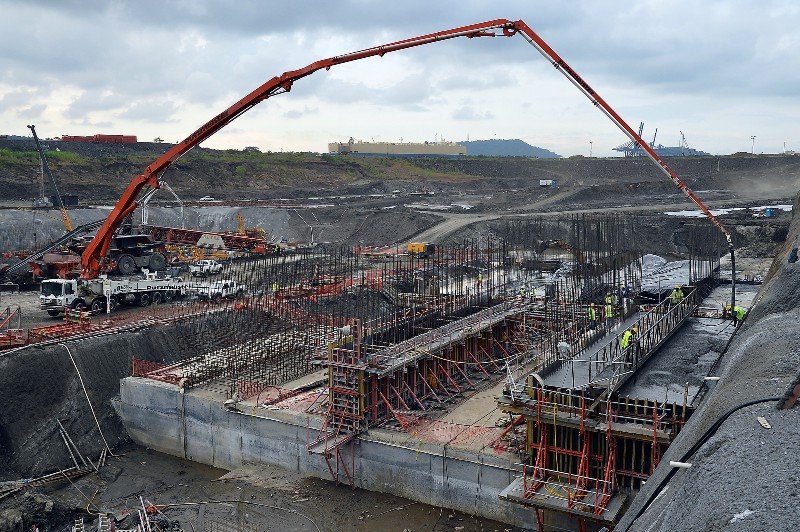 Suape, in Pernambuco is one of the most strategic ports in the Northeastern region in Brazil, as 90% of the GDP in that region is located within an 800 kilometer range from the complex. The port is already equipped with adequately dimensioned and planned waterway infrastructure to serve the fleet of ships from the New Panamax. Currently, an ongoing project by implementing a second container terminal, which will be prepared for handling ships up to 366 meters in length and it will have the capacity for handling up to 1 million TEUs/year. (TEU = Twenty Foot Equivalent Units).

The bidding for implementing this terminal is scheduled for 2017. Currently, Suape is equipped with the installed capacity for handling 700 thousand TEUs/year. The total investments during the past two years added up to R$ 2.2 billion. Just from January to August this year, Suape Port has already handled 15.02 million tons of cargo and is heading towards exceeding its 2015 record that was 19.72 million tons.

A strong competitor is being planned

Russia and China have negotiated with Nicaragua the building of a canal connecting the Atlantic and Pacific oceans. This subject was discussed in a meeting that took place in Moscow on September 9 th and there were representatives from those three countries present. And there is even a study on building a railroad approximately 220 kilometers long connecting the Pacific coast to the Columbian city of Cartagena. Besides that, the big vessel owners have invested in building ships up to 18,000 TEUs that will be delivered in the next few years. These giant ships cannot go through the Panama Canal. But in some ports, such as Los Angeles, they are already equipped for handling them.

A little bit about lots of history

France began to build the canal in 1802, but it had to stop due to engineering problems and the high mortality rate of workers from tropical diseases. The United States took over the project in 1904 and it took them a decade to conclude the worksite, which was officially inaugurated on August 15 th 1914.

The annual traffic increased from about 1,000 vessels when the canal was inaugurated in 1914 to 14,702 ships in 2008, the latest measurement registered a total of 309.6 million tons moved. The new dimensions are able to handle up to 427 meters long, 55 wide, and 18.3 draft; corresponding to the capacity for ships 366 meters long, 49 wide, and 15 draft. Such dimensions are equivalent to a container vessel capable that fits 12,000 TEU (twenty-foot equivalent units — containers 6.1 meters in length).

The canal will also increase tourism

It will be more than just a successful engineering project; the canal is also the main economic driver of Panama, making the Country more visible to the international scenario. Besides that, the canal itself is an important tourist attraction from this region. Over 230 cruise ships will go through it during the high season from October 2016 to April 2017, according to information from the Panama Canal Authority.