The search for new paradigms in agriculture 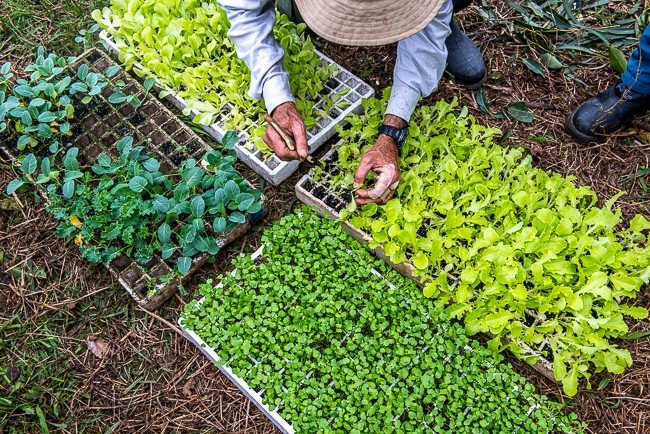 Located in Itirapina, 200 kilometers from Sao Paulo, the Toca farm, a private property of 2.300 acres, utilizes since 2014 an agricultural technique considered revolutionary: syntropic agriculture. At the beginning of 2017, in the midst of excellent financial results, the farm has decided to stop producing juices and sauces for the consumer market. “During the next ten years, we will direct strategic focus and double the investments to amplify agriculture production and research in agro forestry systems on a large scale”, explained, in an issue released to the press, owner and ex pilot of Formula 1, Pedro Paulo Diniz, owner of the farm since 2009. The success of the venture can help put an end to the myth that the agroforestry on a large scale is not feasible, too expensive and that it requires intensive labor in order to attract the private sector. In addition, draws attention to a growing market, which has a strong demand for healthy and organic products.

Syntropic agriculture is a model created by the Swiss farmer and researcher Ernest Götsch, in which the natural laws of life are translated to agricultural practices. “We are part of an intelligent system. The laws of nature are given, it is not for us to create them or modify them. We need to act in a way as to be considered loved ones and welcomed into the system”, advocates Götsch. “My technology is easily adopted by farmers everywhere I go, because it makes agriculture a pleasurable activity, alive, free from pesticides and chemical fertilizers, can be applied in small or large scale.”

In theory, the syntropic agriculture can be performed on any terrain and your plants will have few pests or disease. The balance of nature makes the soil always well nourished and ensures the quality of the final product. In addition, syntropic agriculture maintains the structures of the forest, allowing the relationship between fauna and flora without it being necessary deforestation or expulsion of native species.

The methodology created by Ernst besides producing food and other products for the use in the rural world, as wood, fibers, medicinal plants, edible oils, is also capable of bringing benefits to the environment. “These areas usually present improvements in the quality of the water, including increased output and volume of water in springs and rivers. And a way to occupy the territory in balance with nature and it is capable of producing abundant food that forms the basis for the construction of autonomy for the farmer”, clarifies Clovis de Oliveira, a researcher at the Laboratory of Involvement Agro ecologic Institute of Botanic.

Ernst Gotsch was in Brazil for the first time in 1976. “The repeated process of destruction of forests in places visited got me so depressed and sick to the point of me being brought to the ICU of a hospital”, recalls.” I went back to my home country completely changed, transformed and determined that we must change or we will be forced out of this planet.” The permanent move to Brazil happened in 1979. Since then, there has been an increase of 14 springs in a degraded land in the south of Bahia. He was then invited by renowned institutions worldwide to propose solutions related to agriculture.

A new kind of organic agriculture?

At the time of planting, the main difference is in the planning. “ The organic agriculture plant mainly species for agricultural harvest, eventually practicing green adubation. Systems of agro forests plant species for food production and species for biomass production for the soil cover, all at the same time and in the same place,” says Clovis de Oliveira. For the environment, the advantages are many. This process promotes much gain in soil structure. “The soil better structured supports a more healthy water cycle that is, allows the water to promote the recharge of groundwater, improving the flow of springs and Olhos d’Agua. The large presence of various forms of life in the system, such as grasses, herbs, shrubs, trees and vines promotes an increase in the presence of fauna, from insects to mammals and birds, they, in turn, help the dispersal of seeds and seedlings for other areas.

With so many advantages, would the syntropic agriculture be a trend that has the capacity to dominate over other forms of planting? “I believe that yes, the agro forests came to stay, and together with other forms of agro ecological production, they are able to build resilience in the fields, so important in these times of climate change,” says Clovis de Oliveira. “The greatest innovation of syntropic agriculture is to consider the principles and the logic of nature itself, and apply them in agriculture, creating productive systems that are similar in structure and dynamics of natural ecosystems,” says agronomist Lucas Machado. “I simply guide farmers to use the species from his place along with the economic species which have an interest in cultivating, creating productive designs that mimic the characteristics of the place of origin of the cultivated species,” says Ernst Gotsch. “The farmer feels part of an intelligent system; we again sprout the biophilia that I, the appreciation of life, after all if you have something that this planet does well, is to make life flourish.”

Mutual interaction and the use of space: how does the technique work

The farmer must only study the characteristics of the soil to decide what can grow there. Afterwards, one must choose a wide diversity of seeds and plant them so that, as the plants grow, the ecosystem will offer light, moisture and nutrients according to the needs of the plant beside it. This balance is a smart way to properly use the space and also makes planting an activity more profitable. With time the producer must re put the superficial layer with leaves and twigs, especially pruning, so that this organic material works as matter for the formation of organic fertilizer and humus.

The Origen of the term

Only in the year 2016, the Brazilian organic market increased by 20% compared to the previous year and had revenues estimated at $3 billion. For 2017, the forecast is that the revenue is to grow another 20% compared to the previous year. According to the National Council of Sustainable and Organic production (Organis), these numbers could be better if Brazil had not been going through an economic crisis. In exports the group, composed of 54 companies, closed with $145 million in business. As a consequence of the fluctuation of exchange rates this value was 9.5% lower than in 2015, even having exported 15% more in volume.

It is important to highlight that Brazil has no official statistics of government that indicates the total exports of organics. The Organis has followed up with the organics market since 2014, but there is no official market data. The surveys are conducted in partnership with the Brazilian Association of Supermarkets and with the São Paulo Association of Supermarkets. “Brazil is an important and strategic player on the world market, despite having higher sales in products that are raw materials, such as sugar and cashew. These products come with a low added value, unlike industrialized products,” says Ming Liu, executive director of the Organis.

A survey conducted in April and May of 2017 found that only 15% of Brazilians have already had contact with organic food. For the purpose of comparison, 82% of North American families consumed organic food in the past year. 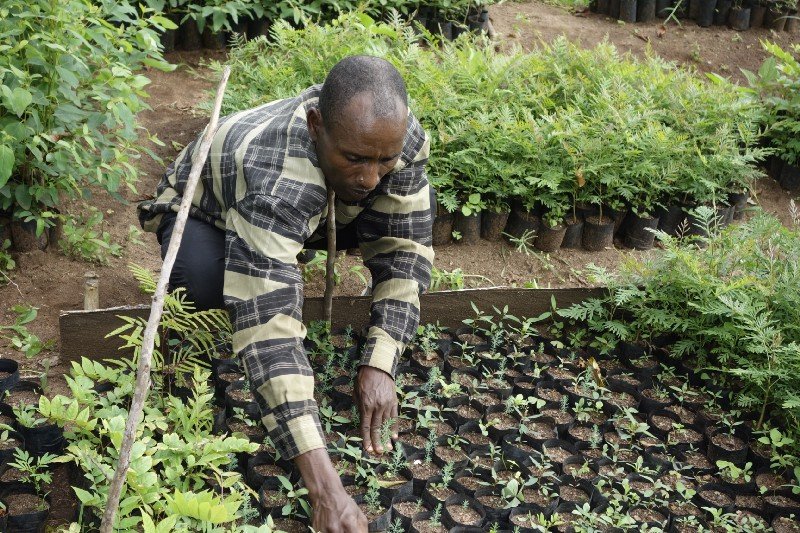 Globally, the organic agriculture handles more than $80 billion according to the data of the International Federation of Organic Agriculture (IFOAM) and the Institute of Research for Organic Agriculture (FiBL) that informs the existence of 2.4 million of organic producers registered and who cultivates a total area of 50.9 million hectares. In 11 countries, more than 10% of agricultural land is organic.

The research firm Organic Monitor estimates that the global market of organic foods has reached 81.6 billion dollars in 2015, the year in which they were recorded 2.4 million of organic producers. India remains the country with the highest number of producers (585,200), followed by Ethiopia (203,602), and Mexico (200,039).

About the African continent as a whole, the FiBL recorded in 2015 a continuous growth of organic area, with emphasis on species of tropical fruits such as avocado and cocoa and focus on exports. But the domestic markets are growing. Only a few countries have legislation on the subject and very few of them have data collection system.

For the United Nations Conference on Trade and Development (UNCTAD), exports of organic coffee and cocoa are the ones who benefit the most on the funding in Africa, but there is a huge potential for exporting organic crops of pineapple, mango, banana and even potatoes. According to the study, the lack of credit and the insufficient capacity of banks, to incorporate the details of organic agriculture in their financing plans are the main obstacles for farmers and exporters in Africa. In the face of the situation, the UN Conference calls for a coordinated effort to improve data collection between domestic and international values of African organic products, so that a better business plan can be created on the continent.

On the other hand, the International Federation of Movements of Organic Agriculture (IFOAM) says the exports of organics has registered significant increases in Burundi, Kenya, Rwanda, Uganda and Tanzania. For the organization, the most critical areas in terms of extreme need of funding are the product certification, the organization of small farmers into groups of production, investment in the market and the purchase of equipment.

Akinwumi Adesina: ‘Agriculture is the most important business in the world’

“Brazil has a lot to learn from Africa,” says Cézar Rizzi of CAMPO