The strength of cooperativism in Brazilian agriculture 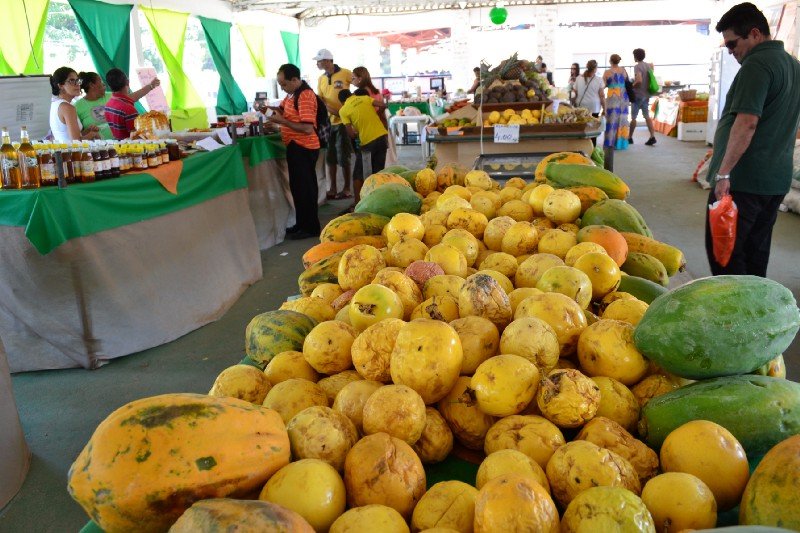 In the middle of May, representatives from the Brazilian Cooperative Organization (OCB) and “Embrapa Hortaliças” (Hortaliças Vegetables) were in Botswana, Africa, where they taught courses on management and planning in cooperatives and, also on post-harvest management in vegetable gardens, based on the cooperative experience in Brazil. The initiative was a success due to a cooperative project between the governments of Brazil and Botswana, entitled “The Strengthening of Cooperativism and Rural Associations in Botswana”, which is funded by the Brazilian Cooperative Agency and executed by OCB. Based on the first experience, the model will be replicated in other regions in Botswana.

There were representatives from several countries — many of them from Africa — who have sought to understand the Brazilian expertise in developing agribusiness cooperatives. “Of course, there is still so much to do when speaking about management, increasing competitiveness, credit, governance, and succession in rural property ownership. Even though these challenges are facing us, we have made great efforts in supplying the country not only grains or meat, but also trust. Without any trust, there is no production in fields. Thus, I believe, we are on the right path”, confirms Tânia Zanella, general manager of the Brazilian Cooperative Organization (OCB).

We have been working jointly with the growers, who count on services provided by cooperatives, ranging from supplying supplies, classification, processing, and storage of agribusiness products, technical support services, and agro-industrialization. Nevertheless, cooperatives, just like all other players in the domestic economic sector, unavoidably, have felt the effects from the political and economic crisis throughout Brazil. In spite of this, due to the distinct nature of commercial companies, they are endowed with a differentiated capacity for mitigating the impacts from this turbulent economic moment. “We are doing our homework”, jokes Tânia. However, as this is a continental size country, agricultural cooperativism is not uniform throughout Brazil.

Notwithstanding, the Brazilian cooperatives display a common characteristic, from the northern part of the country to the south: they are generally made up by small and medium-sized properties. “The only way for a small and medium sized grower to achieve the necessary infrastructure for receiving, storing, industrializing, and selling is by getting organized. He/she will not be capable of accessing the market if not structured for this”, confirms José Roberto Ricken, president of the OCEPAR system (Paraná Cooperative Organization) and the representative for the Southern Brazilian Region on the board of directors of OCB.

Ricken represents a sector hat earned over 60 billion reais in 2015, only in the state of Paraná,

and plans to reach 100 billion Reais invoicing by 2020. However, this sector still faces diverse bottlenecks. Most of them are linked to infrastructure. “Nowadays, the structural costs for agribusiness production and even for industrial production are very high”, he complains. “Another point is the cost for funding, which is the highest in the world. The first factor is the very high tax structure”.

Cooperative are present in over 100 countries, reuniting over 1 billion people and generating over 100 million jobs, they are important methods for economic organization. In Brazil, 6,500 cooperatives reunite about 12.7 million people and they are directly or indirectly responsible for 48% of the entire agribusiness production in the country. These statistics are impressive. Cooperatives hold around a 10% share in the GDP. Agribusiness cooperatives are even responsible for 21% of the static storage capacity of grains in the country, according to the data from IBGE (Brazilian Institute of Geography and Statistics).

The Industrial and Foreign Commerce Development Ministry (MDIC) has pointed out the economic potential of Brazilian cooperativism for the country’s foreign balance of trade. In the section assigned to international trade, the MDIC routinely discloses data considering direct transactions, importations, and exportations from cooperatives.

The compiled exportations and importations in 2015 amounted to 1.3% growth in the total amount of exported goods from cooperatives, reaching an amount of US$ 5.3 billion dollars. Last year 222 cooperative units, 132 headquarters, and 90 branches exported directly. Brazilian cooperativism has reached 148 foreign markets during that period.

In the state of Ceara, Northeastern Brazil, the challenges are other. We are focusing our work on family agricultural growers, seeking to organize them, so that they can get access to governmental programs”, tells João Nicédio Alves Nogueira, president of the OCB in Ceará. The incentive to family agriculture arose after the law on school lunches was approved, whereas at least 30% of the resources for school lunches must come from family agriculture.

This state is currently going through a revitalization of agricultural cooperativism that began less than a decade ago. In order to reduce that dependence, the OCB in Ceará, it has drafted a series of measures to leverage the sector; the majority of them are focused on qualification and professionalization of groups of growers. One of the ideas is to train the growers/producers and transform the cooperative leaders into executives.

The Brazilian Cooperative Organization belongs to the International Cooperative Alliance (ICA), an organization whose headquarters are in Brussels, Belgium. It was founded on August 19th 1895; the ICA survived world wars, economic and economic crises. It is considered as the oldest non-governmental organization in the world, and it was one of the first entities to participate in the UN System.

ICA has organized representative members from 96 countries around the world. Currently, 262 organizations are members in the entity, ranging to all types, sizes, and fields of cooperatives. The Board of Directors of the ICA is made up by 15 elected members from the Assembly. Brazil has been represented on the Board for the past twenty years.

For an organization to become affiliated with the ICA the recommendation must be approved by the Board of Directors and it must collaborate financially with the organization annually. The membership fee paid for each organization is calculated based on the number of members it represents.

“Africa has an enormous agricultural potential. The climate of the central part of the continent is very similar to our Central-Western region. Thus, we can contribute a great deal to them, especially in technology”, claims José Roberto Ricken, from the OCEPAR System. “Considering the immediate concern for Africa, as it also has a large population, one issue that could be interesting is in supplying governmental or market programs”, he says. “Africa, in the future, will be as important as Brazil in agribusiness production”.