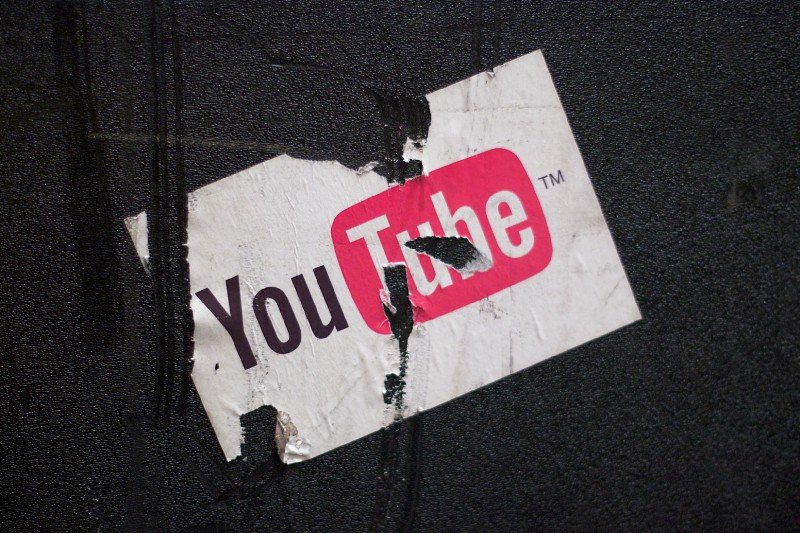 On April 23rd 2005, “Me at the zoo” was the first video uploaded to YouTube; announcing the slogan “Broadcast yourself”. The site sought to share short homemade videos created by its own users. Google bought YouTube in October 2006 for 1.65 billion dollars in shares as it could perceive the potential of this new service for the possibility of expanding the publicity market from these videos. From then on, YouTube became one of the most important video production and distribution platforms in the world.

Through internet, it is possible to access courses, documents, video clips, commercials, and everything possible that can be filmed and broadcast. The YouTubers, as they are named, are the native digital influencers riding on the crest of this wave in this platform. They propel a community that includes fans (some of them have even become celebrities), providing market demands for publicity agencies, and other companies.

The largest one of these is, PewDiePie, the nickname of a Swede, whose name is Felix Kjellberg, who entertains his audience through gameplays, online videogame contests and he publishes reviews and critiques on these games. His videos were the first to exceed the 10 billion view mark in YouTube, outperforming videos by such pop stars as Rihanna, Justin Bieber, and Adele; all of them have their own channels on this platform, where they show rehearsals, video clips, and behind scene shots from shows. The notoriety of the so-called YouTubers has driven lots of money. YouTube operates its own monetization service that shares a small portion of the revenues from advertisements aired before broadcasting each video. Besides that, the big shots make commercials; publish books, and even record movies.

Whindersson Nunes is 20 years old and has become one of the main symbols of this phenomenon in Brazil, this country ranks second place as the largest consumers of YouTube videos in the world. This young superstar has over 12 million subscribers to his YouTube channel, as well as other millions of followers in his other social media networks. There are 4.9 million followers in his Instagram and another 2.18 million in Twitter.

“I had always admired the work of other YouTubers and then one day, I asked myself ‘why don’t I do that? ‘“, I remember that. So, “I decided to record a video and the next day hundreds of viewers had viewed it. That was when I noticed it was so successful”, he states. In his videos, he speaks about comical situations from his daily life experiences. His good nature way of facing life has brought about invitations for TV commercials, comedy show tours in theaters and even a movie. “Daily life fascinates me. For this reason, I always try to speak about things happening to me”, Whindersson’s kidding around has become his profession. “I do not intend to stop. I just love what I do”, he adds.

“Defining success factors can be a little risky, but it is possible for us to define some indicators”, reveals Luciano Montelatto, CEO of the agency Agência Boxx specialized in creating and managing brands, serving diverse multinational companies. “The majority of our clients are children or young people from 7 to 25 years old who have lots of charisma, energy, and their own lingo and nature. They abuse slang in order to expand their connection to their followers, as well as using improvised catch phrases and scripts helping to recall their image”.

Although YouTube still shows a great deal of spontaneous content, the most famous channels of YouTubers have been professionalized and that professionalism has generated some effects, as Maíra Bittencourt points out, who is a journalist and researcher at São Paulo University (USP). “They are molded and produced by large-scale international corporations. Thus, they produce professional contents that look like amateur. And this occurs in Brazil as well as all over the world”, she explains. Maíra is the author of the recent published book “O Príncipe Digital” (The Digital Prince), using theories created by Machiavelli to discuss issues, such as the role of YouTubers and other digital influencers selected by their audiences.

The researcher points out, although YouTube brought about some positive changes in the advertising industry. “Publicity had to be reinvented, as now the spectator can just skip the advertisement. So, genial ads had to be created”, she points out. Speaking about the advertisement aired during videos, she reminds us that some YouTubers are sponsored by brands, yet they still continue as independent. “The process is very similar to television. The YouTuber is sponsored by a brand and earns a percentage from merchandising”.

Theodora Lee, from Great Britain, is an example. She is 25 years old and lives in Cape Town, South Africa; she has about 250 thousand followers in her YouTube channel, 45 thousand followers in Twitter and 112 thousand in Instagram. These statistics are much lower than Brazilian YouTubers. However, Theo — as she is nicknamed by her fans — has already launched campaigns for the United Nations, Vodafone, GHD, and Claire’s.

Theodora started working in YouTube in 2012, making weekly videos. “I began making funny skits. And now I share advice with teens and young adults. I speak about anything, ranging from depression to sex and moral harassment”, she tells. “Now I began a new series named Theo Tries, where I try out new and exciting things to take me away from my comfort zone and encourage other people to try new things in their lives”.

Theodora’s audience is 85% female, ranging from the age of 16 to 25. This information is supplied just by YouTube itself that employs an incentive policy for content creators. One of these initiatives is named YouTube Spaces, which is a space for creation workshops and also studios for filming equipped with professional equipment. Los Angeles, New York, London, Tokyo, São Paulo, and Berlin already have spaces like this. Since March 2015, the creators of the content filmed in the YouTube Spaces have produced over 10,000 videos, generating 1 billion views and over 70 million hours of viewing.

YouTube is also equipped with an excellent database helping producers and advertisers define strategies. It is accessible in any part of the world; the site has local versions in 88 countries and it is available in 76 different languages, providing coverage for 95% of Internet users. The site invests in new resources in order to cope with regional disparities around the world and some of them are specific for specific realities. One of them is the offline YouTube version.

This functionality was launched around two years ago and it arrived in Nigeria, Kenya, Ghana, and South Africa in November 2015. The service enables video downloads (except for music) to the user’s device, where it is available for 48 hours. “Off-line reproduction is only a beginning. We are working to provide more ways to make the video contents even less expensive and accessible to our growing base of mobile users in the African region”, guarantees Matthew Darby, the Google product manager. It is worthwhile to remember that the majority of the countries in Sub-Saharan Africa have less than 10% Internet penetration, according to a study performed by the UN Internet Society on the expansion of Internet in the world.

More than half YouTube viewing is on mobile devices, in sessions on an average of around 40 minutes. For this reason, the majority of the YouTube investments are for new functionalities focused on strengthening smart phone access. Currently, YouTube reaches more adults from 18 to 34 years old than any cable TV network in the United States. Although, the audience should diversify even more from now on.

“The next generation of YouTubers will be even greater than the current generation. This is due to the migration of TV children’s programming to the web”, wagers Luciana Corrêa, researcher from ESPM Media Lab, who was the author of a study that mapped the growth of video consumption of children from 0 to 12 years old in YouTube Brasil in October from 2005 to 2015. “Among the 100 most viewed channels in YouTube Brasil in October 2015, 36 of them displayed contents focused or consumed by children from 0 to 12 years old. Those have added up to a total of over 17 billion views”. The ‘Bel para Meninas’ (Bel for Girls) channel, uploaded by Bel Cerer, who is only 9 years old, already has 2.5 million subscriptions. And ‘Isaac do Vine’ already features Isaac, who is 7 years old and has 2.7 million subscribers.

“It is necessary to be authentic and be willing to work hard, but not to take it too seriously. This work must be done passionately and not just for the money from becoming famous”, advises Theodora Lee. However, competition among YouTubers will increase even more. In a reply to ATLANTICO Magazine on challenges to opening a channel, Whindersson Nunes answered: “Being very sincere, there wasn’t any challenge”, he jokes. “Anybody can create a channel”.

In Brazil and Africa, taboo on money

“I do not feel comfortable speaking about this”, answered Theodora Lee to ATLANTICO when questioned about his average monthly income. After the team insisted, the YouTuber gave a hint. “It varies from one month to the next because it depends on which brand I get support from”, she explains. “I have already earned 87 dollars in one month. But in others, the amount can exceed thousands”. Whindersson Nunes, Brazilian, did not accept speaking about this subject with the ATLANTICO team.

A new strategy for brands

There are various ways a company or agency can monetize a YouTuber, ranging from annual contracts to payment for each mention. “A sponsorship is only valid and a benefit for both parties when the brand has real connections to the essence and attributes of the influencer. Brands that do not match with the universe of the channel can lose more than it can earn”, warns Luciano Montelatto, from the BOXX agency.

Based on his professional advice, great care must be taken to align to the narration and scripts, as these other issues are very important for evaluating this process. “If the choice is not strategic, the effects can be disastrous”, he stresses.

Another advantage is the price. “YouTubers are much less expensive than a famous television performer”, reminds Luciano. However, it is also necessary to avoid confusing the contents of the channel with publicity. “The ideal is for the brand to disclose that as a partnership, so that credibility risks do not occur”, says the researcher Luciana Corrêa, researcher from ESPM Media Lab.