Trash, from recycling to business in Brazil 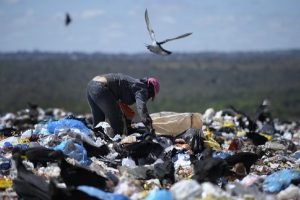 The National Policy for Solid Wastes was approved in December 2010 that defined how Brazil would treat important subjects related to the destination and treatment of trash. The legislation was created after decades of discussion among government administrators, scholars, and environmentalists who were seeking incentives for recycling and sustainability; making the Country adhere to international standards. One of the provisions introduced by the new Law has been the adoption of sanitary landfills as units for the final destination of waste products. In 2008, adequate disposal was a reality in only 1092 of 5,565 municipalities up to that time.

The data comes from National Research on Basic Sanitation, prepared by the Brazilian Institute of Geography and Statistics (IBGE). In 2014, the number increased to 2,215, according to a survey consolidated by the Environmental Control Ministry. So, that means, the number more than doubled in only seven year. In spite of the presentation of good results, the challenge is still very great in Brazil, as there is an estimated 3.3 thousand municipalities disposing of their wastes and waste products in what is called “lixões” (garbage dumps).

“This policy is innovative, introducing the concept of shared responsibility, because the responsibility for the waste products is not only assigned to those who produce or who consumes, but both parties are responsible. Also working on the organization of waste chains and introducing the concept of reverse logistics, that is the process for taking the waste products back to their original destination”, Ricardo Lopes Garcia a specialist supports this concept, from the environmental control department at the São Paulo State Industrial Federation (FIESP), who participated in the development of the National Policy on Solid Wastes since 2000, moreover, the discussions involve subjects related to industrial waste products. According to the specialist, the industrial sector, before the Law was enforced, had already placed the waste products after being consuming as trash. 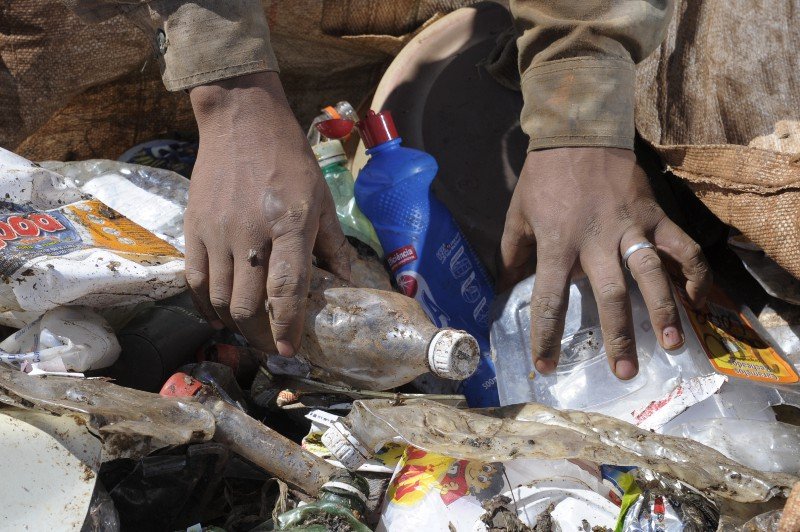 Garcia believes there are a series of structural bottlenecks that need to be overcome, which can be summarized as two big challenges. The first one is a change in the positioning and waste product treatment, viewing it as an economic asset and not just as trash. “We do not treat trash as trash, but as a byproduct that must be minimized when generated and, when that is not possible, try to recycle it” he says. The other is to really treat the waste products and not just remove them from where they were generated and throw them away without any treatment. “That valorization goes through differentiated fiscal and tax measures, funding for enterprising investments, and the purchasing of equipment, research and development support for domestic or nationalized technologies and a change in positioning of control bodies”, he states.

Although, it is considered a great step forward by collecting anything valuable before the waste product is sent to any sanitary landfill, the National Policy of Solid Wastes still has a long ways to go. “There are government policies, but they are still few and generally focus on a linear system. Practices and the defining of practical rules are still missing on what to do when wastes are collected”, believes Gabriela Otero, technical coordinator of the Brazilian Association of Public Cleaning and Special Waste Products (Abrelpe), this entity serves 45 companies providing public cleaning services. According to her, assigning new meaning to trash contributes to a series of activities generating employment and income for millions of people, and especially this decreases the demand for sanitary landfills, since some of this equipment last for a useful lifetime of 20 years, on an average.

Since 2003, Abrelpe published a document named The Panorama of Solid Waste Products in Brazil. The text shows the development of this theme in the Country. The entity also developed a proposal for the universalization of waste management, a study on the potential for generating electric power from sanitary landfills and including a training manual for public administrators to prepare integrated plans. “There are groups of very small towns and they can unite and prepare their own regional public policies”, describes Gabriela Otero. “This is something that is still coming, there are policies, but they are not enough to control the whole sector”.

Besides that, through ISWA (The International Solid Waste Association), Abrelpe has been setting up dialog with other South American countries, such as Argentina, Chile, Columbia, and Bolivia. “Brazil is so large that we are not able to extrapolate to other countries here, due to being so complex. But certainly, this provides inspirations”, she stresses. Besides that, there is a partnership with North American bodies on these of harnessing biogas and with England on the subject of harnessing power from waste products, and with Italy, on the treatment of organic wastes and in Portugal, on communication tools for managing waste products. “Asia is extremely interested in approaching us, especially regarding commercial terms for the transfer of technology, but that is not definite yet”, she reveals. “We also have relations with Denmark, related to public service planning”.

FIESP has also sought to be active regarding this. “We have diverse projects, such as the waste product exchange, a type of classification of waste products for member and non-members”, tells Ricardo Lopes Garcia. “We are also looking for making international agreements and sharing ideas with diverse sectors regarding support, generation, recycling, and waste disposal destinations”. 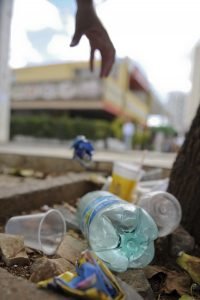 The official stance, between support and limitations

The Environmental Control Ministry revealed to ATLANTICO that they are active in training municipal administrators and technicians in developing solid waste treatment plans and they have supplied technical and financial support to states, public consortiums, and municipalities for preparing their own projects. Diverse municipalities are sharing their technical difficulties for preparing adequate engineering projects sufficiently detailed to get approval by funding entities that are motivating this work on training, according to the official entity.

“This policy introduced this view based on a circular system. It is necessary to consider returning the waste product back to the beginning of the industrial cycle, as well as not placing the responsibilities on municipalities and companies, but also back to the citizen him/herself. Then the citizen also plays a fundamental role for decreasing his/her own consumption, that is being responsible for knowing how to dispose of waste and each type of waste must be placed in the right place and also demanding the authorities that something must be done about this”, says Gabriela Otero, da Abrelpe. “Each entity in society must play a clear role and this is a differential that is even praised outside of the country, regarding our shared responsibility”.

• Closing garbage dumps: by 2021 there must be no more exposed garbage dumps in Brazil. Instead, controlled or sanitary landfills must be created. Landfills have to prepare the soil in order to avoid contamination of the water table, capture slurry resulting from the discomposure of trash and capture methane for generating power;

• Only rejects can be sent to sanitary landfills: The rejects are the part of trash that cannot be recycled. Only 10% of solid wastes are rejects. Most is organic, and in composts it can be reused and transformed into fertilizer, it is recyclable and it must be properly sorted for selective collection;

• Preparation of solid waste plans for municipalities: municipal plans will be prepared for helping mayors and citizens dispose of trash correctly.

The National Policy for Solid Wastes initially forecast the closure of all garbage dumps in the Country by August 2014. However, the Senate approved new deadlines for the end of these spaces, “based on the reality of municipalities”, the following is the approved text for the law passed by the congressmen.

The amendment also foresees that the Union will edit complementary standards on access to federal resources related to this theme. “The greatest challenge is to transform these garbage dumps into retreatment and recycling locations of these materials, using for example, for the production of electric power from processing these materials, however there are economic or technical reasons when it not feasible to return them to the production chain”, explains Ricado Lopes Garcia, from FIESP.