Scientists from several countries have been examining evidence on the possible forces that caused South America to separate from Africa for decades. However, recent technological advances have enabled Brazil and Africa to become interconnected again. This connection has been possible through the implementation of SACS (South Atlantic Cable System), an undersea cable connecting Fortaleza, from the northeastern part of Brazil to Sangano, in Luanda, the capital of Angola. This first transatlantic cable in the southern hemisphere will not only interconnect the two continents but it will also provide the means for placing Angola in the panorama of international telecommunications.

This project is a daring initiative by the Angolan company Angola Cables, a joint venture created in 2009 to commercialize international audio and data circuits through undersea fiber optic cables, at a cost of US$ 300 million dollars and it is going to integrate Monet, another cable connecting Santos to Fortaleza, in Brazil, and Fortaleza to Miami, in the United States. The company is the only investor in SACS and the data center that will be built in Fortaleza and this is responsible for even 33% of the investment in the Monet project, jointly with other market players in the field of telecommunications. 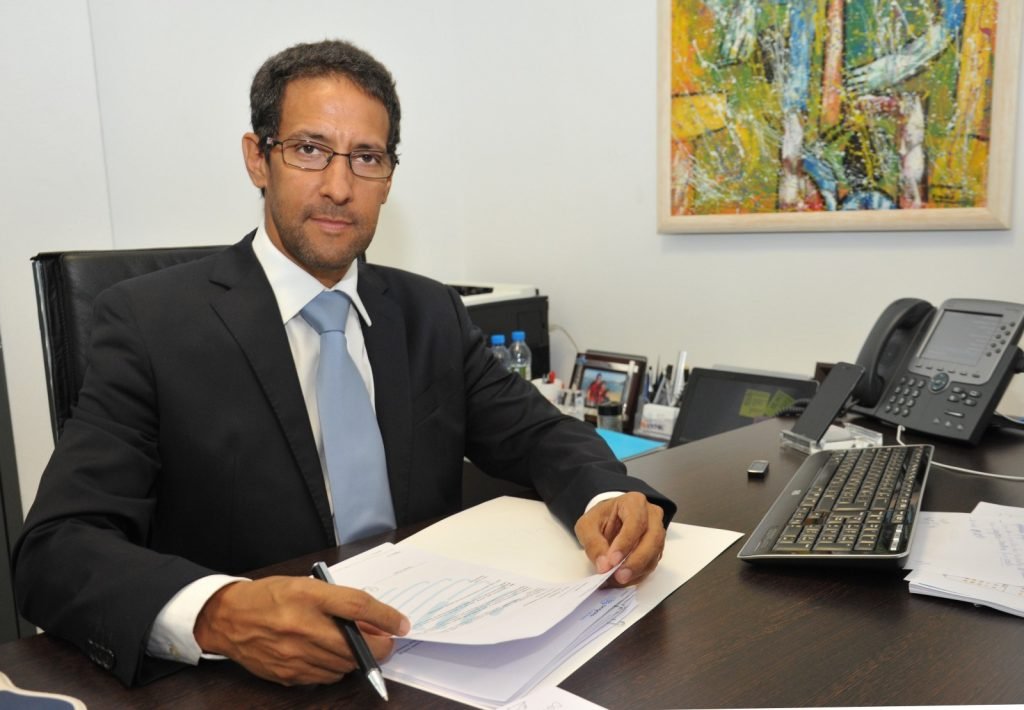 “We are convinced that this strategic partnership between Angola and Brazil — the commercial, cultural, and political relations — are very strong, since the creation of Angola as an independent country. The construction of a bridge, even for transporting digital contents between our countries will be a great advantage for both “, Antônio Nunes, the engineer and CEO of Angola Cables. “The commercialization of this endeavor with very potential developing markets will doubtlessly be important as economic leverages for Brazil “. In this conversation with ATLANTICO, the executive emphasized that the African market has one of the highest growth rates regarding the utilization of the Internet. Nunes predicts the increased consumption of broadband is a reality, making this market grow. He also believes there is a great demand in the Brazilian market for telecommunications, as it has been growing dizzily nowadays, the northern hemisphere regions are suppliers of digital contents for this demand as there are no cables towards the east. “The market has been constrained due to the existing high cost of international phone calls”, he states. There is even the great need for land cable infrastructures between northeastern and southern Brazil. “This cable will supply the necessary infrastructure for the northeastern part of Brazil so that this region can benefit from telecommunications and information systems efficiently and economically advantageous to connect large data centers in the country with enhanced capacity and efficiency”, he said.

“BRAZIL IS A STRATEGIC MARKET FOR ANGOLA, SO THE SUCCESSES OF THESE PROJECTS CAN OPEN DOORS TO NEW BUSINESS OPPORTUNITIES PROFITABLE TO BOTH NATIONS”

Another positive aspect of SACS is the fact that Africa will be directly connected to the United States. Thus, through the systems of Angola Cables, the African market agents will have direct connections to the United States and Latin American countries quickly and efficiently.

The city of Fortaleza, according to Angola Cables, was chosen as it is the shortest route between Angola and Brazil — about a distance of 6,000 km — and also as Fortaleza is already a hub for undersea cables. However, the city does not benefit from this efficiently The creation of a commercial data center focused on this market will provide business opportunities which are inexistent until now, according to the proposal of the SACS project

“The cable hookup to Angola will not make a direct connection to other African countries and consequently to Asia, as currently, it is necessary to route the connection to Spain, in order to connect to those continents”, Roberto Cláudio Bezerra, the mayor of Fortaleza celebrates this opportunity. “Besides that, there will be a new international link arriving in Fortaleza that will directly foment a great deal of competition to force the price of connectivity to decrease. The providers will have to offer better prices and they can transfer these savings to consumers. Meanwhile, I believe we can identify the opportunity to generate employment by hiring local manpower to assemble the distribution hub and thereby, companies such as Google and Microsoft can be interested in setting up cloud centers in Fortaleza”. Another possible socioeconomic impact for the region is the retention of specialized staffs, a measure that can bring real indirect benefits, which is extremely profitable to diverse economic sectors.

Engineer Antônio Nunes commands Angola Cables, as he established the company for the purpose of transforming Angola into the telecommunications hub in Africa. “We believe that the improvement in the telecommunications sector will consequently bring about benefits to other economic sectors”, he tells. Now regarding Brazil, the company executive says that this place is full of opportunities. “Brazil is a strategic market for Angola, so the successes of these projects can open doors to new business opportunities profitable to both nations”. Which means: we cannot divide the same continent anymore, as it took place millions of years ago. But surely, we will be increasingly more connected.

Besides the undersea cables and the Fortaleza datacenter, the Angola Cables Company develops Angonix (a national IXP system) and it is also preparing to connect the west coast and the east coast of Africa by land.