Brazil faces the challenge to be hospitable 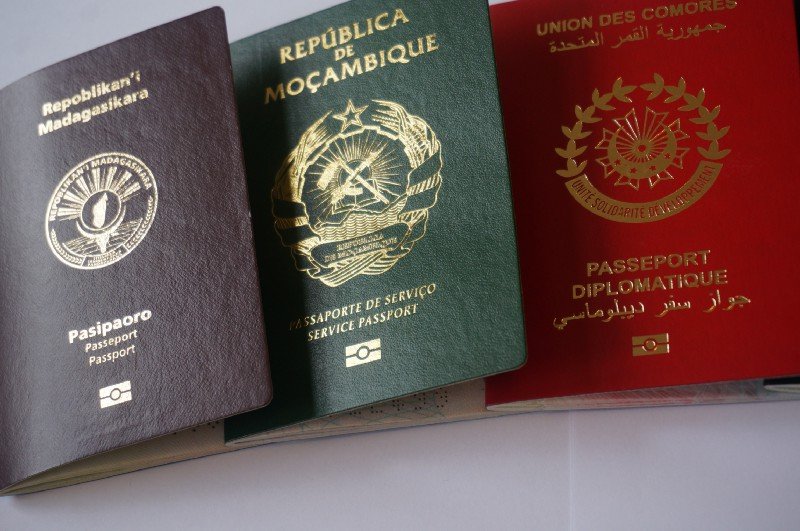 In a historical perspective, the presence of foreigners was extremely important for building the Brazilian society, since the colonial period. Millions of Africans were brought to Brazil during the course of centuries. Portuguese, Spanish, Germans, Italians, Polish, Japanese, and Chinese, among others, who have also immigrated, added to the indigenous people who already lived in the Country. Currently, Brazil is also going through a migratory cycle. In the past few years, people originating from Haiti and African countries as Senegal, Cape Verde, Ghana, and Guinea-Bissau have opted to study and work here in the Country.

“If during the course of centuries, Africans arrived in Brazil being forced and involuntarily, nowadays, the destination for migration is part one’s own choice”, emphasizes Silvio Marcus de Souza Correa, historian, professor, and researcher at the Federal University of Rio Grande do Sul (UFRGS). “We have to distinguish the reasons or motivations of those who come to study in Brazilian university and those who seek a professional alternative or simply, a safer place or more promising place to live”. For the researcher, these migratory flows can be favorable to society and the economy of Brazil.

According to the last demographic census, performed by IBGE in 2010, there are 0.3% foreigners in Brazil coming to a total of 600,000 inhabitants. That number is considerably low, compared to almost 14% foreign population in the United States, or more than 20% in Canada, and approximately 28% in Australia. Even in the Latin American context, Brazil shows a low percentage of foreigners, compared to Argentina, with about 4%, Chile (1.5%), also Mexico (0.9%).

However, there are factors proving that the migrant population is increasing since calculating the census in 2010, moreover due to the increase of Haitians, African national, and Chinese, which as occurred in greater number in the past few years. The administrative records in the foreigner registration system at the Federal Police have shown an increase in the flow of foreigners in the country since 2011.

The study performed by the Observatory of International Migrations, a project financed by MTPS and developed by the University of Brasilia, utilizing the data from the Federal Police (SINCRE) from 2000 to 2014 it confirmed 854,928 valid registrations. Emphasizing this aspect of migratory labor from 2000 to 2014, the entrance of immigrant workers in the formal job market registered an increase of 126%. Nationals from Haiti, followed by Bolivians, Argentineans, and Paraguayan are the people who request the highest number of working papers in the period from 2010 to 2014.

Many people started to observe the country and its progress, some of them perceived its economic growth, others were surprised by the results of the governmental policies on economic incorporation among impoverished contingents, through global events the country put into effect and made it more visible, as well as a series of symbolic factors and social and racial socialization.”, explains the researcher João Carlos Tedesco, author of the Senegal book in the central northern part of Rio Grande do Sul, published in 2015. Tedesco believes that the contingent of potential immigrants will increase even more in the next few years. “Countries with vast territory and big metropolises, such as is the case in Brazil, will be viewed by immigrants and pressured by international humanitarian agencies to intensify their participation”.

“Immigration must be recognized as a factor for the growth and development of the country”, defends Luiz Alberto Matos dos Santos, coordinator of the National Council of Migration (CNig). “But, it is necessary to expand these joint initiatives among involved bodies and this theme in the governmental sphere, as well as making some migratory processes more flexible and simplified bureaucratization”.

A study contracted by the Labor Ministry and Social Security and prepared by the Getúlio Vargas Foundation discriminates a series of recommendations for the drafting of migratory government policies in Brazil, stressing a set of initiatives and programs to attract more qualified labor to the country, by simplifying the processes and creating platforms for organizing data. 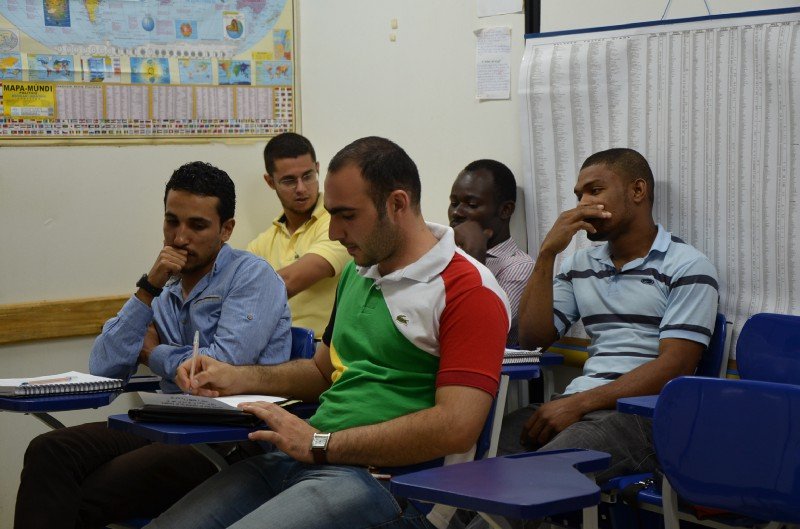 São Paulo, the largest city in Brazil, and there are around 368 thousand immigrants registered by the Federal Police. However, the City Hall estimates the number is greater, at about 600,000. In order to serve this public, three spaces were created for providing legal, social, and physiological service and another service for welcoming migrating people. Besides that, they are offering free Portuguese language courses.

“We have spoken a great deal with the federal government, which has been an extremely important partnership as we need similar policies in other cities of the country as well, Many of them register in other cities and then move here”, says Paulo Illes, policy coordinator for migrants at the São Paulo City Hall Municipal Secretariat for Human Rights. “The immigrant needs services in the city, such as: health, education, cultural insertion, helping them find a job. For this reason, we need to continually be updated on the policies for migratory regulations, more flexibility in processes, and even going beyond subjects involving documentation”.

The government branches also count on important partners for welcoming migrants, such as the Catholic Church, through the Migrant Pastoral mission, seeking to serve the needs of foreigners who arrive in the Country. “We listen to immigrants first to see their reality, and see what they need from us. Those needs range from documentation to finding jobs, healthcare, housing, and education — because many of them wish to continue their studies. The pathways range from legal services to the aspect on the awareness of the civil society, and government branches”, explains welfare assistant Elizete Sant’anna de Oliveira, who is a volunteer for the Migrant Regional Pastoral mission, in Curitiba, one of the cities that receives migrants arriving from Africa.

“The majority of them arrive illegally, but they seek our help, so they can stay in the country legally”, tells. “We have received people from the Democratic Republic of Congo, Guinea-Bissau, and Angola in large numbers. The people who come from the Democratic Republic of Congo, generally are refugees, and adhere to the ACNUR criteria. There are also people from Ghana too. They end up staying more in Rio Grande do Sul, and in Brasília, as they have a specific legalization decree for them”.

Many migrants come in study groups due to agreements between Brazil and the CPLP countries. They get financial aid for living in the Country until the finish their studies. But there is not enough money to support them sufficiently. They, they look for help and to get instructions, seeking medical care, and referrals for jobs, we help them as much as possible”, explains Sister Eléia Scariot, coordinator of the Migrant Pastoral Mission in Fortaleza. “The guidance from the Church is to welcome them. When a person comes from another country, we need to welcome them. They need to feel loved. After, we need to give them an opportunity, guidance, and help”, confirms Dom José Luiz Ferreira Sales, a member of the Migrant Pastoral Mission. “We need to pay attention to people, no matter how they arrived in Brazil”.

Legal aspects of a human drama

The quest for efficient public government policies for the immigrant population has gone through different steps, ranging from an improved mapping of the number of immigrants and refugees who are in the country and the struggle for the approval of the new Migration Law. The new text –in an ongoing process in the National Congress — changes the Brazilian interpretation related the treatment given to people from other countries who live in Brazil, by changing the term from “foreigner”, that was used during the period of the military dictatorship, to “migrant”. Now, in the specific case of refugees, Brazil already legislation considered as quite advanced, according to Luiz Fernando Godinho, spokesman for the High Commission of the United Nations (ACNUR). “The Brazilian law implemented in 1997, is aligned to all international and regional legal instruments. It guarantees a series of services and civil rights to refugee requestors related to their fleeing from their native countries”, he defends. Senegal, Nigeria, Tanzania, Burkina Faso, and Mali are the countries where most citizens flee to Brazil.

Another challenge for managers is to make the population in the Country aware of these subjects. “People still favor those who come from Europe, the USA, but those people who come from Africa or Latin America, get different treatment. It is an educational process or rather a re-educational process so we can see the reality of migration. It is a daily struggle, personal and collective for them to overcome”, tells welfare assistant Elizete Sant’anna de Oliveira. “Some impoverished social contingents in Brazilian society also react to the fact that they are conceding to foreigners and not to them”, João Carlos Tedesco the researcher believes. “That reality is causing a reactivation of xenophobic and racist conceptions, as well as social fear”.

On the other hand, the increase number of migrants in Brazil strengthens the cultural diversity of the Country. “The presence of African foreigners in Brazil can benefit, for example, some unusual knowledge about the recent past, or maybe, post-colonial Africa. The lack of information is so great”, Tedesco confirms. For the researcher, there is just one reason for this human mobility process. “If wealth does not go to impoverished regions, the impoverished will go and find it themselves. Globalization cannot socialize wealth, but it can socialize information, which means, people get to know where there are better opportunities”.

In July, Brazil will host the 7 th Social World Forum of Migrants and this event takes place every two years.

This will be the second time the Country will host this event: www.fsmm2016.org