Casablanca: the economic capital of Morocco

Casablanca portrays the best representation of modernity in Morocco. Prosperity is always present in the hectic daily life of the city of more than 5 million inhabitants and in its constructions that mix French colonial design inthe traditional Moroccan style.

The seacoast features the sumptuous Hassan II mosque receiving 25 thousand faithful followers. It is located on outcroppings rising above the ocean and a 210m minaret, as that location is considered as the main landmark of the city. Tourists can schedule visits to the mosque, led by multi-language tour guides during non-worship prayer times. 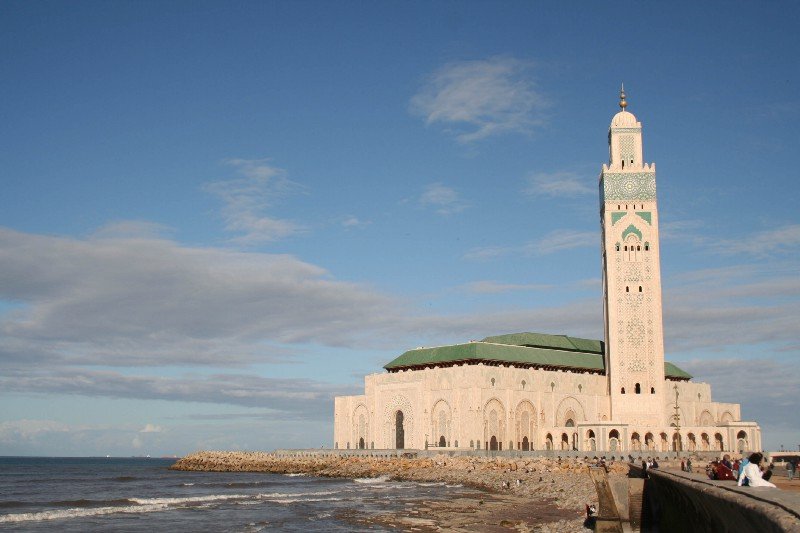 The tortuous streets in the ancient Medina, constructed in the XIX century, connect the Hassan II Mosque to the busy downtown. It is home to some the most renowned architectures, as the Mohammed V Square features a central monumental fountain with dramatic nocturnal illumination. One of the important public buildings surrounding the square is the Casablanca Grand Theater, with its unique architectural aspect.

Although the majority of the population is Muslim, Casablanca provides some surprises to tourists, such as the Moroccan Jewish Museum, the only Jewish museum in the Arab world, the Cathédrale du Sacré Coeur and the St. John the Evangelist Anglican Church, the oldest operating church in the city, built in 1906.

Visitors can also count on Le Corniche, a friendly walking street along the Atlantic Ocean, including its clubs and exclusive bars on the seaside. And such shopping options ranging from jewelry and handcrafted objects sold in Medina to luxury brand names as Dior, Fendi, Gucci, and Cartier.

Egypt keeps its economic goals in spite of COVID-19