Fighting hunger Brazil is right there on the battle front 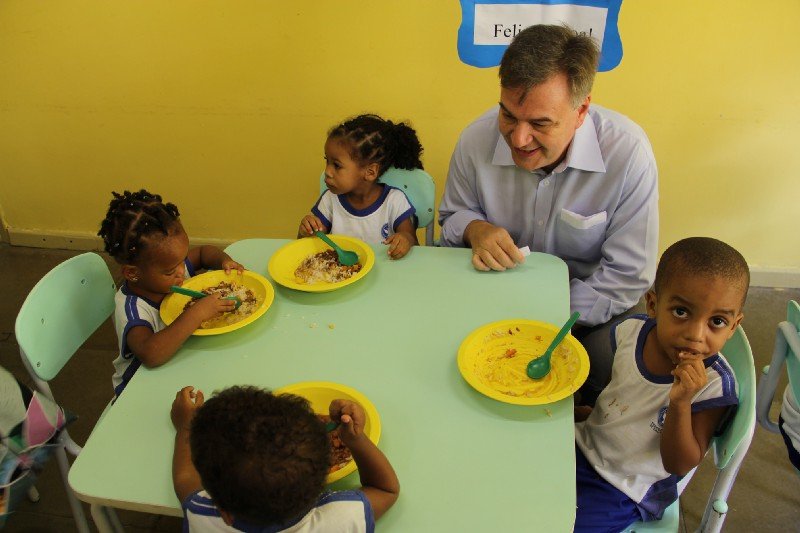 Thomas Malthus, an English economist, in his “Essay on the Principle of Population”, written in 1798, wrote about hunger and agricultural production for the first time. He was a pessimist and inhumane, he defended the following idea, he blamed population growth for social problems and he favored a reduction of birthrates, especially among the poorest, as a solution. However since then, humanity has employed great efforts in the dissemination of ideas, concepts, and good practices for overcoming starvation.

There is an initiative of the Brazilian government in cooperation with the World Food Program, The Centre of Excellence against Hunger employing successful experiences of Brazil on a global scale, supplying aid to governments in Africa, Asia, and Latin America to develop sustainable school nutrition programs and sponsoring other existing foodstuff and nutrition and nutritional safety networks around the world.

“Hunger is not a geographical, economic, and climatic problem. It is a political problem. There has to be willingness to resolve the problem. Brazil only solved the problem of hunger when it inserted this challenge in the country’s political agenda. After ten years, Brazil managed to get off the map of countries facing hunger. Willingness makes everything possible “, states Daniel Balaban, head director of the Centre of Excellence against Hunger.

Since the creation of the Centre, in November 2011, 70 countries have already become involved and 34 of them participate on visits and participating in study visits in Brazil. When sending high-level delegations to Brazil, the governments from those countries become familiar with successful local experiences, such as the National Program for School Nutrition, and harness what they learn as inspiration for seeking solutions for their challenges in the field of food and nutrition safety. “But we also go to countries. Contract specialists, consultants for putting into practice these policies. Organize joint events and national seminars in those countries and provide all the technical support”, Balaban states. Although the Center promotes good practices, it does not seek to offer ready-made solutions. “The only alternative is to let them create their own solutions. Each country operates on its own time scheme, its own speed for implementing policies and we have to respect that. Each place employs a different process for decision-making “.

Twenty-two of a total of thirty-five countries are currently supported by the Center on the African continent. The technical support from the Centre of Excellence against Hunger has resulted from diverse governmental initiatives. Senegal, for example is debating the inclusion of the human right to food adapted to its Constitution, while Malawi is preparing a legal project for a new policy on school nutrition. Gambia, in turn, held two national seminars, one on social protection, partnering with DFID, and the other on school nutrition, partnering with Brazil. Mozambique approved its first school nutrition program on a national scale. Ruanda adopted a guideline document on school nutrition and launched a pilot-project based on locally purchasing food.

For the Centre of Excellence against Hunger, 2014 was the year of the greatest joint ventures between Brazil and African countries. Besides that, there were visits of the joint committees, such as Tunisia who sent nine representatives to visit food warehouses, communitarian restaurants, schools, and agricultural properties, the Centre launched a new methodology for expanding its scope in impacted countries.

Delegations from Benin, Burundi, and Togo were in Brazil for ten days on study visits. These three participating countries are currently in different stages of drafting and implementing the school nutrition program harnessing locally produced foodstuffs. The Burundi delegation was led by Rose Gahiru, the Education Ministry, who defends a policy of shared experiences with other African countries. “We could not imagine there were so many countries that had implemented initiatives on school nutrition. After learning about different methods for organizing activities, we could see what works and what best adapts to the needs in Burundi”. The National Program of Nutrition in Burundi was launched in October 2014, in three provinces. In the case of Benin and Togo, they requested support from the Centre and the sending of a consultant to organize national consultations on school nutrition. “We have seen here, it is possible to link school nutrition to family-based farms. In Laos, we even had to strengthen the capacity of communities, supply quality seeds, and technical support to families”, tells Sisomboun Ounavong, Education superintendent of the Province of Oudoumxay, who participated in another joint committee with study visits, at the end of 2014, together with the representatives from Cameroun, Laos, and Zimbabwe.

Although, the countries provided fast replies to the challenges made by the Centre of Excellence against Hunger, the effective results will exert impacts just on a medium scope of time, according to Daniel Balaban, the director. “It is not something one can achieve results from in one or two years. It takes at least five years for this to occur. The only condition we request is political commitment. Willingness to create solutions”, he said.

The Centre of Excellence against Hunger and the African-Brazilian Institute — responsible for the publication of ATLANTICO magazine — formalized a partnership through the signing of an agreement between the two entities. Daniel Balaban, the director, celebrated the covenant. “We know the Institute and the great work being done by João Bosco Monte, its president. We have approached in providing support for the African countries, which nowadays are needy for national policies”. Balaban reminds us that Brazil has already faced similar problems just like African countries. “When Africans speak with business leaders, farmers, and the Brazilian government, they speak the same language. However, the Brazilian experiences have become extremely important”, he evaluates. According to the president of the African-Brazilian Institute, Professor João Bosco Monte, the partnership is converted into a great opportunity for strengthening the work performed by the Centre.

SPACE FOR EXCHANGING IDEAS AMONG THE COUNTRIES

Cape Verde is going to host the next Global Nutrition Forum. Held every year in a partnership agreement between the Centre of Excellence against Hunger and the Global Child Nutrition Foundation” (GCNF), the forum reunites ministers, key personnel from governments, and the Secretaries of State from over 40 countries, in surroundings providing examples and attempts for finding solutions. This year’s edition — the seventeenth — will be held on the Island of Sal from September 28th to October 2nd. The host country was able to create a universal program for school nutrition that is considered as a success case. The Cape Verdean School Social Action Foundation (FICASE) is responsible on the local level for the organization of the event. 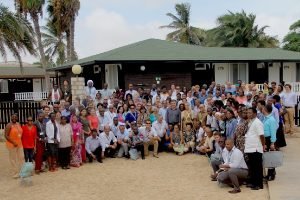 Brazil is removed from the Hunger Map

In September 2014, the UN agencies, responsible for monitoring hunger in the world — FAO, IFAD, and WFP — announced that Brazil was finally removed from the Hunger Map. For the first time since monitoring had begun, Brazil was no longer classified as one of the countries afflicted by the lack of universal access to quality foodstuffs.

22 of the 35 countries currently supported by the Centre are on the African continent.

The Centre of Excellence against Hunger operates on a relatively small scale structure. The office, in Brasilia, is staffed by 20 people. But on the other hand, the World Food Program operates offices in over 70 countries, and it is at the disposal of the Centre, which is run based on demands, as it contracts specialists to be held responsible for projects.

One of the main differences of the Centre for Excellence against Hunger is its alignment to its commitment to the World Food Program, in the expansion of purchases of foodstuffs from family-based farms. Thus, these countries are encouraged to develop their school nutrition programs in such a way as to include the participation of these farmers. 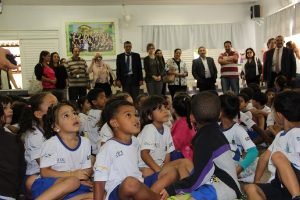 After its study visit in Brazil, the country implemented the universal school nutrition program.

Representatives from diverse sectors and ministries and the main players in school nutrition were participating in a workshop to hone their strategies for school nutrition programs in their country.

Right after its study visit in Brazil, the government drafted and validated the National Action Plan for the School Nutrition Program.

The government is committed the transition of a school nutrition program adhering to the template of local purchases of foodstuffs and requested technical support from the Centre for implementing this program.

Director-General of the FAO, José Graziano da Silva, is confirmed as a speaker of BAF 2019