Lamb, by the film director Yared Zeleke, 38, exceeded the expectations in 2015. It was the first Ethiopian film to go to the Cannes Film Festival. This feature length film tells the story of the boy Ephraim and his lamb, Chuni. It tells about how much Yared loves this birthplace: Ethiopia. He was born in Adis Abeba, the film director was raised by his grandmother, a famous storyteller. “I grew up listening to her stories”, he remembers.

The brutality of the communist regime in Mengistu did not affect his growth as a happy child. “My childhood was extremely colorful. However, I did not grow up as privileged”, he tells. “At that time I was already familiar with movies. Basically, I watched what came from Eastern Germany, Russia, and India (Bollywood)”. When I was 10 years old, I moved to the United States to live with my father. That was probably the most painful moment in my life.

Yared studied his master’s degree in Agro-economics, in Norway and when he decided to return to New York and study cinema arts. “I wanted to work with agriculture in Ethiopia, but that was not what I wanted to do. Deep down, I had always wanted to be a storyteller”, he tells. He believes that he bears the same gift as his grandmother, inside of himself. He was the first Ethiopian to enter New York University by a scholarship. There he learned everything about cinema arts: the script, directing, editing, and photography. He was specializing in direction and scripts.

Spike Lee and Todd Solondz both played important roles in the preparation of Yared and provided support for his project. “Todd and Lee were big fans of my script even before transforming it into the Lamb. They really encouraged me to transforming it into a film. I was not just one of their students”, he tells.

Yared stayed in Ethiopia for three years while producing the film. He could reconnect to his homeland, his people. He remembers having left his home when he was very young and that changed the way he related to other people. “I forgot my language because my parents did not speak it to me. But I also forgot the culture because it was very painful. I left something I loved behind”, he laments.

Besides producing films, Yared wishes to portray the African continent to the world. “I want to do more work in Africa, because it is the most incomprehensible continent in the world. I only wanted to show how beautiful, radiant, brilliant, and complex that place is”, he reveals. He remembers that in diverse countries, he has seen people saying that Lamb reminded them of their childhood and, after all, it was not just a film about Ethiopia. The cinema, for the director can really change and connect human beings. They reach people more deeply and emotionally. “That is one of the reasons why it is so powerful and can change the world”, completely. 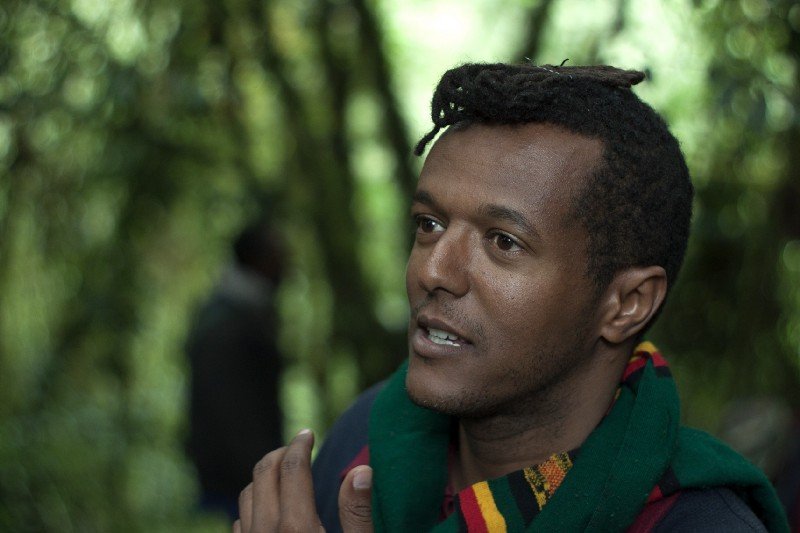 Currently, Yared is working on two new projects, different from his first film. It will be about the electric young people in Ethiopia. “It will be quicker and fast moving and loony and it will express that frenetic energy of young people and all of their beauty, he expresses enthusiastically. The other project is a comedy.

Yared became familiar with the work of Glauber Rocha while producing Lamb, who is a neorealist Brazilian filmmaker, who became known during the 1960s. Although his film does not follow the same direction, the Ethiopian revealed that the influence of Glauber Rocha was important for the preparation of his own filmmaking work. “He was, in a certain way, a study for me. I can identify with that kind of films”, he confirms.

Lamb was shown for the first time at the “Un Certain Regard” exhibit, at the Cannes Film Festival in 2015. This is one of the main award events for the “seventh art”, its first edition was in 1946, in the city of Cannes, in France. According to the regulations of the event, its purpose is to encourage the development of all forms of cinematographic art, as well as create and maintain a spirit of collaboration among all film producing countries.