Air Peace, Nigeria’s largest airline company, has ordered the purchase of 10 Embraer E195-E2 jets. The announcement was made during Embraer’s Airline Business Seminar in Africa, which took place in Mauritius. With the acquisitions, valued at approximately US $ 700 million, the Nigerian company becomes the first in the continent to operate this model.

“Embraer’s new E195-E2 delivers outstanding operating performance. It’s also amazing to become the first company to operate E2 on the African continent. We already have the ERJ145 jets in our fleet and we know the high standard of Embraer products,” said Allen Onyema, President and CEO of Air Peace.

In the contract, the Nigerian company still has the right to purchase 20 more jets of the same models, which, if exercised, will finalize the transaction with a total cost of more than US $ 2 billion. 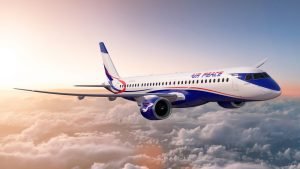 The announcement of the purchase came just days after Embraer delivered the first of two E175 jets requested by Mauritania Airlines. Both the E175 and the E195-E2 are aircraft with less than 150 seats, a segment in which Embraer is the leader.

“The African market presents significant opportunities for airline companies to provide the connectivity the continent needs. Aircraft, however, must be dimensioned correctly to develop these routes profitably: over 90% of intra-African flights depart with less than 150 passengers on board. And over 70% of markets are served on less than one flight per day,” explained Arjan Meijer, Chief Commercial Officer of Embraer Commercial Aviation.

Although there is still no scheduled delivery date for the aircraft, Embraer will include the request in the backlog of the second quarter of 2019.