Jair Bolsonaro, the President of Brazil and Cyril Ramaphosa, the South African President, during a meeting at the World Economic Forum this Thursday, January 24th, reaffirmed their intention to increase commercial partnerships between both countries aligned to the BRICS scope. 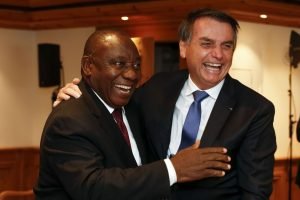 Jair Bolsonaro emphasized economic measures to be taken by the Brazilian government to provide more openness and competitiveness to the country. The leaders also promised cooperation in facing challenges jointly faced by South Africa and Brazil, such as unemployment and social inequality.

Cyril Ramaphosa, announced declarations at the end of the meeting and confirmed the meeting had generated a great deal of “enthusiasm”. “We have made an extremely great change”, declared the South African President.

Ramaphosa had already previously questioned a possible Brazilian withdrawal from the economic bloc, as Russia, India, and China are still members. “If (Bolsonaro) acts against those who defend the countries of BRICS, This will be detrimental to Brazil and Brazilians”, declared the South African President during a meeting with foreign correspondents in Johannesburg last November, who at that occasion he also congratulated Bolsonaro for the victory in the election.

Cyril Ramaphosa, after the Davos meeting, seemed to be optimistic in visiting Brazil for a BRICS summit meeting this year, when the leadership of the economic bloc will be transferred to Jair Bolsonaro.

Cyril Ramaphosa was the only African leader who had an official agenda with the Brazilian President during the World Economic Forum. Jair Bolsonaro has had bilateral meetings with leaders from the Czech Republic, the Netherlands, Japan, Italy, Switzerland, Poland, Ukraine, and Colombia. 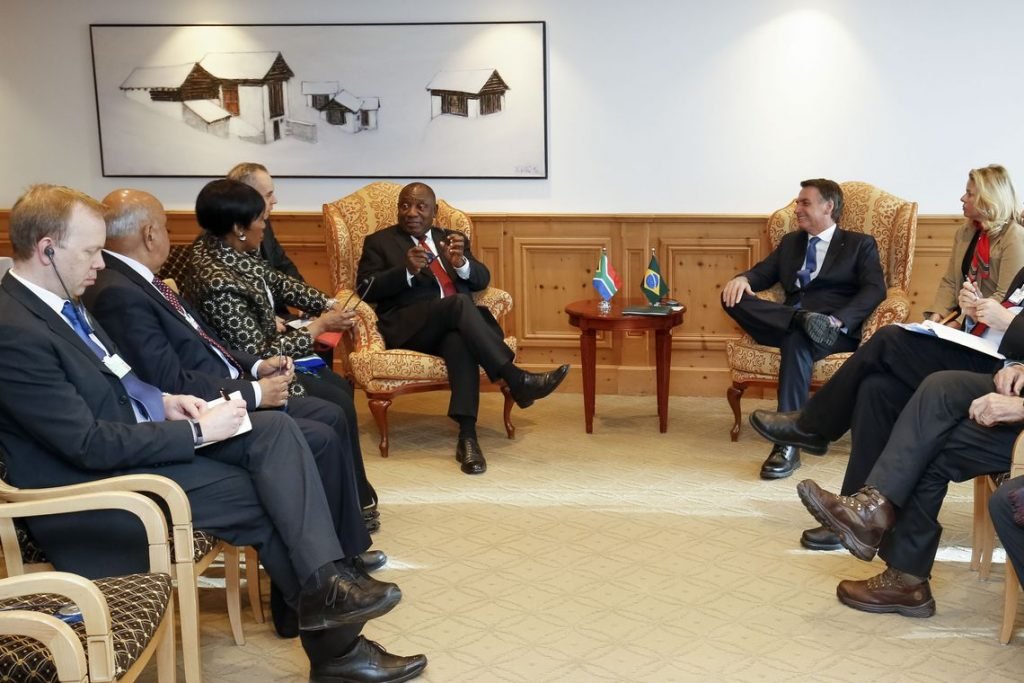