Fanta Konaté: The soundtrack from the performer meeting Brazil

“Love made me come to Brazil “. This is the sentence that defines the transition that occurred in December 2002 to the singer, composer, and dancer Fanta Konaté, who left her country where she was born, the Republic of Guinea, to live in São Paulo. The idea of crossing the ocean arose when she met Luis Kinugawa, a Brazilian music-therapist. She came from a family of performers, Fanta was willing to establish what she calls a “social-cultural bridge” between Brazil and Guinea. “I have traveled through some countries and I really could see that Brazil, where the majority of the people are Negro, know very little about the countries, ethnicities, cultures, and regions of Africa. And thus, Brazil must valorize its African heritage”, she expresses. 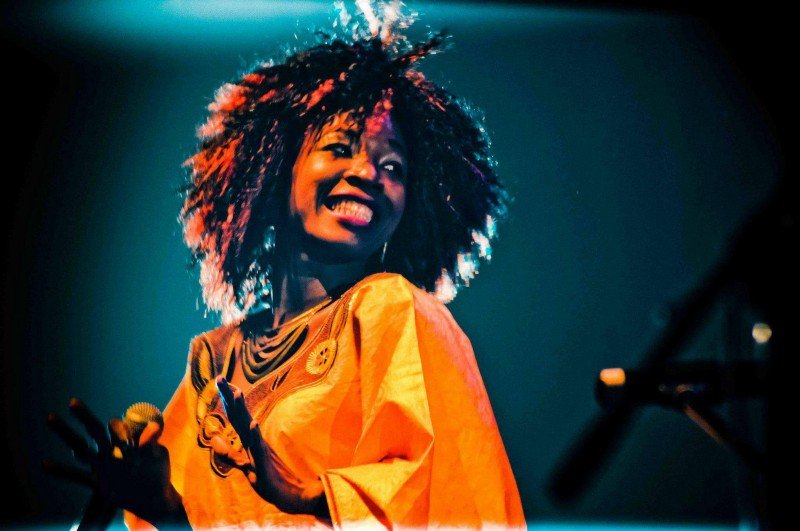 After that, Fanta stood out due to her exceptional voice and her body in such performances as Hamaná Foli and Juramandén blending diverse types of musical instruments and typical dances from Guinea including multimedia video projections and lots of special lighting effects. Her performance has been on tour around Brazil and in other countries as well, it is happy and original. “Our work shares a lot of information about Africa and I have noticed how Brazilians are becoming increasingly interested. Lots of them like the dancing, but there are not as many places for dancing and enjoying oneself like in Africa, where there are many street festivals and everyone participates”, she tells. When we play in theaters people become courageous and start dancing along with us”.

Little by little, Fanta Konaté became aware of the importance of her work. “When I arrived, I did not understand, but not I have begun to fully understand how Brazil needs to know more about the real Africa and its countries, in order to do away with prejudice, put an end to racism and stop dwelling on the past “, she tells. Fanta recognizes how cultural and social initiatives are extremely powerful for this transformation and according to her opinion; the Brazilian government needs to invest even more in cultural policies, in spite of acknowledging its recent efforts. “They are not yet acting and doing their upmost to strengthen the Masters, popular manifestations, and preserve the identity of the people. Traditional culture is not a museum piece, it is always moving, it is live culture, but it suffers from poor distribution of resources”, she criticizes. “I see grandiose events benefitting those who do not need incentives and those who really do need them are most of the times forgotten. Priority must be placed on popular Tradition Masters and not those who perform on the radio and television, as they do not need it and most of the times; as they contribute nothing to the real culture of the country”.

The performer, who knew very little about Brazilian music before arriving in the country, now she has become a deep admirer of local culture, “I like Brazilian traditional music so much, such as Creole drum, “maracatu” (percussion street dance ensembles based on African origins), and samba circles. I also met such great performers as Tião Carvalho, Fabiana Cozza, Simone Sou, Naná Vasconcelos, and many others “. In spite of this close contact with Brazilian performers, Fanta Konaté does not have plans for musical partnerships. At least for now, she has already recorded a CD and now she is planning on recording a second album, with a completely novel com repertoire. She is counting on support from collective funding fan sites. 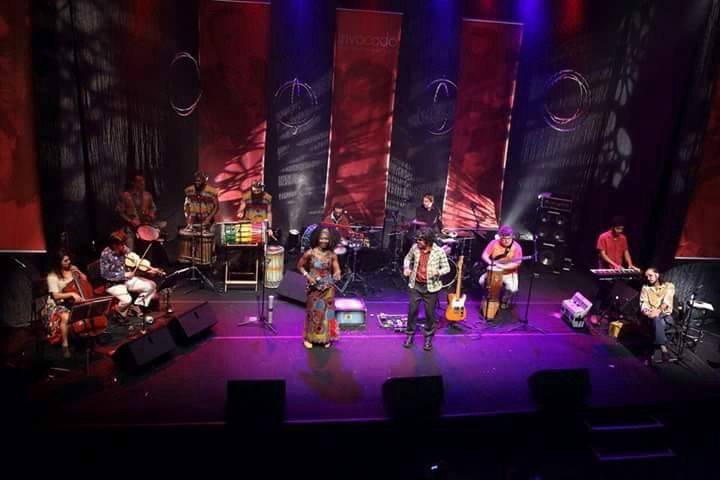 The joint efforts of Fanta Konaté and Luis Kinugawa began while they were still on African soil. “It was an incredible experience, as many people have suffered from the Serra Leone war”, tells Fanta, who has worked with Luis in the refugee camps in the forest regions of Guinea. “I saw how the biomusic that Luís created helped so many people forget their traumas and get the courage to start their lives over again, happier and more confident “. Their love for each other soon was manifested in their son, Rodrigo, and the work they are doing in Brazil. The Fanta Konaté’s family is one of the strongest representatives in Malinke traditional art, in the Region of Hamaná in the Guinea savannas, where the Djembe drum originated and music of the Griots.

Fanta also has experience as a dancer in African “Hamana”, “Fareta”, “Bolonta”, and “Soleil d’Afrique” Ballets” in Guinea. She also has worked as a choreographer and ballerina in the Baratzil Group, she was a Theater professor in the Brincante de Antônio Nóbrega School and art educator for the NGOs: Doctors Without Borders and “Enfants Refugiees du Monde”.