The International Fund for Agricultural Development (FIDA) was created in 1977. It is a United Nations agency focused on reducing poverty in rural areas. FIDA has been in Brazil since 1980 and it has been carrying out projects in the semiarid northeastern region, one of the poorest areas on the country. Now, the organization intends to expand its initiatives beyond the semiarid region, while always disseminating technical knowledge to generate or improve public policies to favor family agriculture and vulnerable groups along the marginal areas of this region. “Brazil is one of the few countries, due to its size and technological development that is capable of having a strong agroindustry sector and a family agricultural sector cohabitating and approaching different markets and necessities”, states Paolo Silveri, manager of the FIDA Programs in Brazil. “Agroindustry has mainly been used, but not exclusively to generate revenues, strong currency, while family agriculture has been increasingly contributing to improving food safety and reducing poverty”, he says.

FIDA funded two Brazilian projects until 2009: one was in territorial development in Bahia, and the other, named Dom Helder Câmara, that jointly with the Federal Government, provides support to the land reform squatters throughout several states in the Northeastern region. Parallel to that, FIDA developed a line of work through transactions named non-lending, which has been getting support donations in Brazil for exchange projects involving experiences, technological transfers, and South-South cooperation. The Fund has begun to design a new strategy for the country since 2015, forecast to be put into practice from 2016 to 2021.

Changing the reality in the countryside

The “Prósemiárido” (Pro-Semiarid) project, fruit of this expansion, intends to by January 2021 provide support to around 70 thousand families, in 460 rural communities, located in 32 municipalities in the state of Bahia rated as low HDI (human development index), in order to increase their productivity and diversification of agricultural products, among them, include typical fruits appropriate to this semiarid region, such as wild passion fruit and umbu. Among the beneficiaries are the family farmers, basically “quilombos” (maroons) rural squatting sites, fishermen, and some indigenous ethnicities. “We seek to identify and provide support to these impoverished farmers”, confirms César Maynart, who is the coordinator of the project. “Our intention is for helping these families, so that they can become strengthened, reach a new level in their growing characteristics, improve their income, and quality of life, and become an active part of this market”.

César Maynart plans to achieve as positive a result as in the previous project, named “Gente de Valor” (Valuable People) and that was concluded in 2013. “We have clearly seen a change in the lives of these people who work in these productive chains to whom we have provided our support, such as the case of licuri palm, cassava, fruit processing, and also handicraft. They have begun to have a better perspective and become inserted in formal institutional markets”, he boasts. 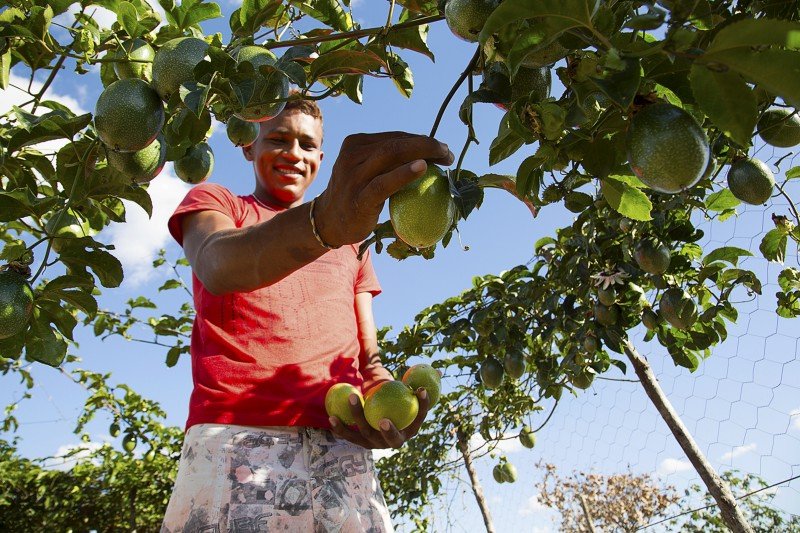 There have been around 9 million people benefitted, by PROCASE, seeking to minimize poverty in five territories named “Cariri Paraibano” in Paraiba State. This is a program prioritizing underprivileged women, blacks, and young people has been in progress since 2012, involving 35 initiatives in the fields of animal breeding, palm growing, forage, and the sales of handicraft products. Currently, the programs serve 7 thousand families; the target of the administrators is to reach 12 to 13 thousand families by 2018, when the project will be concluded. By then, 49 million dollars will be spent, 12 million originating from the Paraiba State government, 25 million from FIDA, and 3 million from the National Program for Strengthening Family Agriculture (PRONAF) and the other 9 million from the beneficiaries themselves.

“We have done performed various actions to introduce the project and it has been accepted very enthusiastically and willingness by the farmers. Following that, we received their requests, so that we could consider what would be the best intervention initiatives for those territories”, explains Hélio Silva Barbosa, coordinator of PROCASE. “We have the participative diagnostics, the communities present their requests and the project technicians go to the locations in order to perform the diagnostics. They analyze the possibilities, observe what has already been produced, and evaluate the climatic issues and following that, elaborating a project”.

“That leadership of the family is essential. We have been the facilitators so that they are capable of overcoming poverty and escape from isolation. We make it possible for public policies to lead the path towards escaping from poverty to citizenship”, confirms Espedito Rufin, who is the director of Dom Heldér Câmara Project. Created in 2001, by the Agrarian Development Ministry, the Dom Helder Camara Project was created from an international loan agreement entered by the Government of Brazil and FIDA, and a donation from the Global Environmental Fund — GEF. Currently, the project is active in 6 Northeastern Brazilian states, involving 8 rural territories and 77 semiarid municipalities, benefiting 15,021 families through their actions.

“Since, this is a new type of farming, new farmers, with new strategies, new types of knowledge, and technologies, which will also dominate their productive chain and value chain. There is such development and such insertion for these people, into the world of citizenship and rights, so that now, the bank goes to the community and not the contrary”, boasts Rufino. “That is collective work, a public initiative of the Government benefiting society, involving over 50 institutions from civil society, social and labor union movements. The results, although I feel very proud of having participated, do not belong to me. They belong to those families, organizations, and the public sector”, he states.

The Brazilian government has made great efforts to reduce poverty and inequality and fill that gap in income and opportunity between the North/Northeastern region of Brazil and the Southern. Such efforts have obtained surprising results: Brazil left the map of undernourishment about two years ago and the Millennial Challenge to reduce poverty to half of its previous index has already been reached and exceeded. Besides that, public policies developed during the past 20 years are now being studied throughout the world and are extremely interesting to developing countries.

“FIDA is proud of having contributed through their investment and efforts in sharing knowledge. However, there are still 18 million people living below the poverty line in Brazil, and there are still many areas and populations that are not capable of connecting to such innovations, policies, and programs”, stresses Paolo Silveri. “Thus, the efforts must continue, although towards continual development, always supporting the policies and programs the national government chooses to promote. And for that reason, FIDA will continue working with Brazil. Previously in the semiarid region; nowadays, throughout the entire Northeastern region and in the future, in as much as the Brazilian government requests our continued support”, he states. 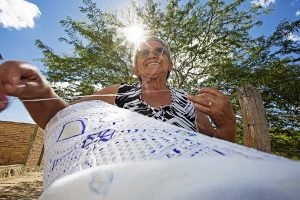 6 — Rural Project for Sustainable Development in the semiarid region of Bahia State.

Akinwumi Adesina: ‘Agriculture is the most important business in the world’

Fadel Ndiame: “Smallholders farmers are the heart of our economy’s progress”