The Search For Alternatives To Imprisonment 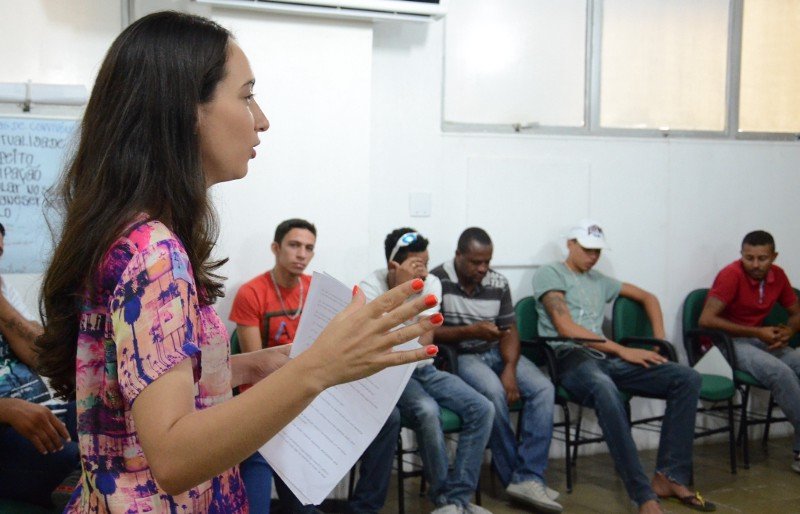 Pastor Nelson Massambani and almost a group of 70 volunteers from the Central Baptist Church have been visiting incarcerated people in prisons in the metropolitan region of Fortaleza for the past seven years. This action is the fruit from a technical cooperative agreement with the local government, guaranteeing prisoners the right to participate in a reflection group for sharing experiences, getting encouragement, and mutual support. “I have already been in prison and I know what it is like to be on the other side of the prison bars, reveals Nelson. “When we began, we knew that we needed to do something different than other churches had already done’, he said.

That ministry is part of a Biblical program named “Celebrando Restauração” (Celebrating Restauration). It was created in the United States in 1990, the method merges religiousness and the 12 Steps methodology, known all over the world by mutual support groups who care for victims of alcoholism and other drug addictions. Fortaleza was the first city in Brazil in 2003 to authorize the translation and adapt the original material used in 10,000 churches around the world. “The objective is to help people overcome addictions, emotional traumas, bad habits, and destructive behaviors”, explains Nelson. After that, the volunteers led by Nelson organized support groups and public lectures for promoting a culture of peace. “The purpose of the lectures is to restore the life of any person. We provide a safe environment to help people to walk independently. They are open to the public and take place throughout all periods of the year”, he tells.

Actions, such as the program Celebrating Restauration are considered welcome by the Government, as well as by organizations studying the Brazilian incarceration situation. “Our ministry is not able to handle all dimensions of the human being and the specific knowledge of reflection groups contributing a great deal to the process of resocialization”, recognizes Elton Gurgel, the coordinator of the Center for Correction Measures of the Ceará State Judicial Department, government entity responsible for all Fortaleza prisons.

“We understand the dimension of religiousness and it is obvious that we must be open to multiplicity. And for this reason, we work with other groups, such as the Prison Ministry from the Catholic Church and we also get support from the Messianic Church and the Brahma Kamari Organization”, describes Gurgel. According to him, that psychosocial follow-up can prevent committing new crimes. And for that reason, the Government itself promotes reflection groups, along with a multidisciplinary team including lawyers, psychologists, and welfare agents. These groups serve around 3 thousand people monthly, who comply with precautionary measures or who are monitored by electronic ankle monitors.

There are 25 people in each group, who are divided into each specific category, such as women offenders, drug abuse, or traffic offences. Each person commits to participating in a support group as part of an alternative penalty for at least eight months and attendance is registered through strict biometric control. “In the first attendance, the person participates in an interview with a psychologist and a social worker. After that, immediate steps are taken, such as documentation and medical treatment, including guidance and necessary referrals. Thereafter, they are given guidance on procedural obligations they must abide by”, details Elton Gurgel.

Cláudio Justa, a lawyer, recognizes the importance of the work of resocialization performed by the reflection, religious, or other kinds of groups. Justa is the president of the Ceará Penitentiary Council (Copen), an autonomous body that inspects the penitentiary system and presents solutions for improving it. “Incarceration is deleterious and criminogenic. Instead of being a factor for preventing crime, it makes the person who is leaving even more aggressive. It also decreases the capacity of the Government to create effective gateways for these released people. After all, the penitentiary system does not resocialize”.

In spite of governmental advances, he points out two problems. The first is the incarceration culture. “There is a great deal of resistance from judges to apply alternative measures”, he complains. The second problem is the repressed demand is high. Even though the results are considered as satisfactory — the criminal repetition index is about 15% — those who abide by the alternative measures are fewer than 5% of the total of the attendees.

Brazil is third as the largest incarcerated population in the world, just behind the United States and China. 89% of that contingent is packed into overloaded units and in 78% of the penal establishments more prisoners reside than the acceptable inmate population. According to the National Council of Justice (CNJ), about 40% of the total number of people housed in Brazilian penitentiaries is temporary prisoners, which means, they have not yet been condemned judicially. “Almost all states are working hard at the judicial courts to implement custodian hearings, so that people are not imprisoned as temporary prisoners”, explains Jefferson de Almeida, the general director of the National Penitentiary Department (Depen). According to Almeida, the body is investing in public policies for qualifying the prison gateway, for those who are leaving and entering the inmate prison system, in order to provide a “more humane prison environment”. 55% of the total prisoners in Brazil are between the ages of 18 to 29 years old. “Young people are the majority of the incarcerated”, laments Almeida.

“Social inequalities are unfortunately, one of the primordial vectors for generating urban violence. They cause poor income distribution and immediate anxiety for accomplishing consumption wishes. Due to low social mobility, people are not able to find ethical and legal means for accomplishing their wishes and then drug dealing ends up as the only means for achieving social ascension”, believes Elton Gurgel. “The problem is, we are not able to do away with prisons. And unfortunately, a great number of people do not respond to that type of stimulus provided by alternative sentences. But that type of work performed by the Government or by the Celebrating Restauration program is a path that society must wager on”, Cláudio Justa considers, from Copen. 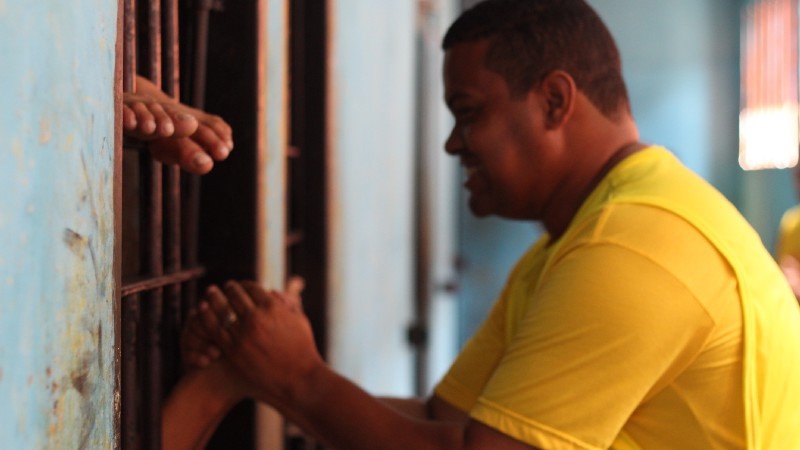 Minimum standards for the treatment of prisoners was adopted in 1957 and revised in 2015 when the General Assembly of the UN named those revisions as “Nelson Mandela Rules” in homage to the former South African President. In the resolution, the State-members also decided to enlarge the scope of the International Nelson Mandela Day, celebrated annually on July 18th, so that conditions for human imprisonment could also be promoted, reminding everyone that prisoners continue being a part of society and valorizing the work of prison employees and social workers.

Several African nations persist in movements for renovating their penal systems by reducing the incarcerated population and promoting prisoners’ rights in “Facing the unbearable challenges, such as scarcity of resources. There is a mentality focused on reformations and rights sweeping through the African prison system, as an effect from this. But, only good intentions are not enough. An immediate concrete change needs to be implemented. The only question that lasts is how to implement that up to now have only been announced”, Jeremy Sarkon, states the South African jurist and researcher, in his book “Prisons in Africa: an evaluation from the perspective of human rights”, published in 2008 and one of most celebrated studies on this subject. And until now, the situation has changed very little, in spite of the efforts from the African Commission on Human and People’s Rights (ACHPR) competent for examining the situation of private people and their freedom in 53 countries that signed and ratified the African Letter on Human and People’s Rights. Since 1997, there have been over 20 missions performed by the Prisons and Conditions of Detention report committee from ACHPR. Some of these countries are Cameroun (2002), Ethiopia (2004), South Africa (2004) and Namibia (2001).

FARA believes in science for development

AIR Center: The international effort to research the Atlantic Ocean