The strategy of Equatorial Guinea building its future 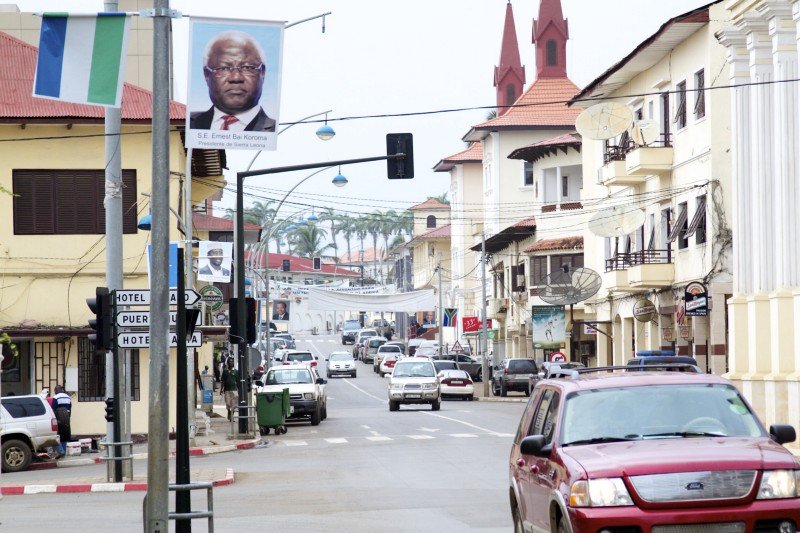 Mahathir bin Mohamad, in the year 1991, who at that time was the prime minister of Malaysia proposed a challenge to the people of his Country: reach a status of a strongly industrialized and self-sufficient nation and seek improvements for everyone in all aspects of life, such as economic prosperity, social well-being, high scholastic level, political stability, and even psychological balance. The plan was named Wawasan 2020 or Vision 2020, referring to the target year for Malaysia to reach all these targets proposed by the government. For various years, this initiative inspired leaders from several places around the world.

One of them was the president of Equatorial Guinea, Teodoro Obiang Nguema Mbasogo. A small country in Central Africa — Equatorial Guinea is a little more than 28 thousand km2 in land area — it displayed an above average growth after discovering petroleum in the 1990s. As a result from that, the country managed to accelerate its development of infrastructures and urban planning. Moreover, there are other important sectors, such as agriculture that is needy of investments. The government knew it was necessary to diversify the economy of the Country. “Petroleum will not last forever”, said the president at that time.

As a result of that wish, in November 2007, the Government of Equatorial Guinea, being led by the Planning Ministry, Economic Development, and Public Investments, launched a target on its agenda for diversifying its sources of growth. This resulted in the approval of the “National Plan for Social and Economic Development”, also named as “Horizonte 2020” (Horizon 2020). This new strategy introduced by the Guinean government divided the economy into four pillars — energy, agriculture, fishing, and services — and proposed the creation of a strong social cohesion based on a shared vision of society and public policy in order to guarantee a better life for the population. The idea is to improve all the social indicators of Equatorial Guinea by the year 2020. For this purpose, the government created ANGE, an agency for developing and monitoring the effective implementation of the plan, adopted by the National Strategy for Reducing Poverty and it is committed to helping the country achieve the Millennium Development Objectives. “The idea is to make this country a Hub for Central Africa. And the government has been successful to the extent as the progress of Equatorial Guinea is also being watched by other African countries.

“Visits by regional representatives have been frequent accompanying the leadership role played by Equatorial Guinea”, explains Evaldo Freire, the Brazilian ambassador in Malabo. “Brazil can certainly benefit from that progress, but not just considering the local demand, but also the logistics being developed in the country, since Equatorial Guinea is becoming a big depot for the region. Our main African commerce partners are: Nigeria, Angola, and South Africa — geographically surrounding Equatorial Guinea”, he points out. 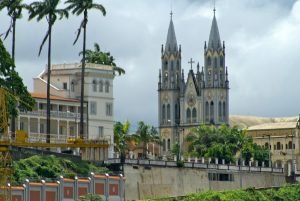 Brazil has been a large scale importer of Petroleum from Equatorial Guinea — about 1 billion dollars in the last two years and it has exported a little over $50 million dollars in goods. In 2014, sold $56,354,000 dollars and purchased $1.1 billion in petroleum. “Equatorial Guinea has excellent quality of petroleum reserves”, states Evaldo Freire, the Brazilian ambassador. According to him, Brazil has tried to accompany business diversity. “Basically, we sell meats and some manufactured goods, such as different types of equipment and cars linked to projects carried out in the country by large Brazilian construction firms. In bilateral exchange, however, it must be emphasized that the Brazilian surplus trade balance regarding ongoing engineering and construction projects has been evaluated at $5 billion dollars”, he tells.

The Equatorial Guinean ambassador in Brazil, Benigno Pedro Matute Tang, informs that about 90% of the building in the new city of Djibloh was built by Brazilian construction firms. Djibloh is a planned city being built to be the new capital of the country. According to the ambassador, Equatorial Guinea has purchased agricultural supplies from Brazil in order to promote the so-called family agribusinesses.

The two countries signed a basic cooperation agreement in 2009. “That was the milestone cooperation agreement, but he also signed other sectorial agreements, as in sports, education, and health”, he says. “The results are very positive. We also signed the agreement for free circulation of people with diplomatic passports for official visits”. Benigno Tang has also participated in a series of articulations to strengthen commerce between the countries even further. “There is a commercial agreement between the Chamber of Commerce in Bioko and the Afro-Brazilian Commerce (Afrochamber). We have also spoken to Embrapa to see how it is possible to share our experience with the agriculture sector. Equatorial Guinea needs agribusiness and Brazil has the potential to be able to supply these demands in our Country”.

The Horizonal 2020 governmental actions were concentrated in two phases: the first one from 2008 to 2012 and the second one from 2013 to 2020. The basis for the program was divided into four axes for transformation: modern infrastructure for improving the productivity and accelerate growth, develop a diversified economy based on the private sector, strengthen human capital intensively, and the quality of life of all citizens, and finally, implement a quality government for serving the public. For the first time, Equatorial Guinea would place such topics as solar energy, ecotourism, and business tourism on its agenda. It is rich in petroleum and gas resources, as the country has an estimated GDP of $15 billion dollars and one of the highest per capita incomes of the African continent; as the GDP per capita income increased considerably in the last few years rising from US$ 7,632 in 2000 to US$20,581.61 in 2015. And the inflation decreased from 5.5% to 3.2% from 2010 to 2014, based on the data from the International Monetary Fund (IMF).

In spite of celebrating the improvements in the economic statistics and the enhancements in social indicators, President Nguema has to face the challenge to improve the image of Equatorial Guinea in the international community. The country has been constantly denounced for violating human rights. By such organizations as EG Justice, Human Right Watch, and “Anistia Internacional”, freedom of expression, association, and assembly have undergone severe restrictions in Equatorial Guinea. According to documents published by these organizations, local authorities frequently promote arbitrary imprisonments, being accused of intimidating and harassing people who belong to or are associated with political opposition.

Besides that, the right of due process of law has been disrespected routinely and prisoners are subjected to serious abuses, including torture. However, the future of the Country is promising. “The local demand includes a great deal of variety of goods and services, due to the high per capita income, which is about $25 thousand dollars and the GDP of the country is the third highest of Sub-Saharan Africa”, Evaldo Freire exclaims. “There is excellent infrastructure, including roadways, electricity, and water. I am quite hopeful regarding the future of the Country in the service and tourism segments. There are excellent hotels, for example. The cooperation from Brazil has certainly contributed to the development of agriculture, which is still needy. The preparation of local human capital has equally benefitted from the Brazilian support”, he summarizes. “Businessmen, students, and researchers from Brazil must come and visit Equatorial Guinea. Try to explore this country and see how much potential there is here. There is nothing like visiting the country to see what is being done”, Benigno Tang, the ambassador invites.

Equatorial Guinea is located in Central Africa. It is a little more than 28 thousand km2 in land area, the country is composed of two regions, one continental and the other is an island. The continent holds the larger urban center, Bata city, and it is demarcated

by Cameroon to the north, the east and south by Gabon and on the west is the Atlantic Ocean. The island region is composed by several islands, including the island of Bioko, where Malabo, the administrative capital city. The territory of Equatorial Guinea is divided into seven provinces, 18 districts, 36 municipalities, and 716 local councils and 344 condominiums. The population of Equatorial Guinea — is about 754 thousand people, based on the 2013 census data — the population is relatively young, as 47.3% is under 15 years old. The majority (61.2%) live in rural areas.