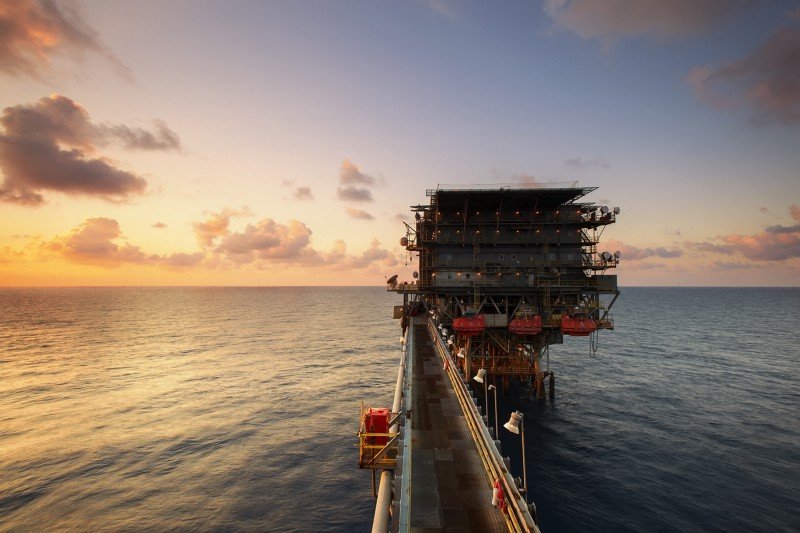 January 1st, 2017 was an important day for oil-producing countries. Starting on that date, a treaty signed by the Organization of Petroleum Exporting Countries (OPEP) and some non-member countries outside of that group, such as Russia that accepted to reduce their oil production to around 1.8 million barrels per day in November 2016. That measure could decrease global supply by 2%. Oil barrels that used to cost around US$ 100 dollars until the end of 2014 dropped to their lowest levels at US$ 30 dollars last year, due to the excess supply. Thus, without enough income from oil revenues, the African oil producers, especially Nigeria, Angola, Equatorial Guinea, Libya, Algeria, and Egypt, face serious social and economic problems. Due to the low price per barrel, the economic growth rate of all petroleum exportation countries in Africa dropped 5.4% on the average in 2014 and by 2.9% in 2016. For Nigeria and Angola, the two major petroleum producers in Africa, the revenues make up 90% of their exportations and over 70% of their domestic budget.

In September 2016, the African Development Bank (AfdB) announced that it intends to inject up to US$ 10 billion dollars in the Nigerian economy through loans forecast for up to 2019. This sum will help to renew its energetic and agricultural sectors and also develop its infrastructure. Nigeria, the largest economy in Africa is dealing with its first recession for over 20 years.

The local currency, the Naira has been devaluated and inflation exceeds 17%. “Nigeria needs to hearten its own path in order to overcome its recession”, says Akinwumi Adesina, who is president of AfDB, during an official visit to the Country. “If the right incentives are employed, the country will overcome the recession and be more balanced structurally”. Petroleum exportations makeup 98% of the exchange revenues for the government but affect only 10% of the GDP in Nigeria. In order to reduce this dependency, the country needs to encourage investments in strategic non-oil sectors, such as agribusiness, impel the private sector, and moreover the small and medium-sized companies, which are the greatest employment generators, and also stimulate industry, to substitute importations for domestic products. “There is no reason for Africa spending US$ 35 billion dollars for importing foods that the continent could produce itself”, said Adesina to the young businessmen when he visited Nigeria.

Angola is another country that has been extremely affected by the decreased oil barrel price. The country has seen the production drop significantly from US$ 60.2 billion dollars in 2014 to US$ 33.4 billion dollars in 2015. The extremely high dependence on oil exploration has made Angola subject to an extremely vulnerable position due to the price drop. “The productive framework in the country were not as affected by the 30-year civil war during that entire period, compared to how it has stopped developing nowadays”, states Cristina Udelsmann Rodrigues, a researcher at Nordic African Institute (NAI). “There are a series of difficulties throughout all sectors, but even more so in the scope of agricultural production as it is so needy for in-depth infrastructural investments and industrial production, which were greatly affected by the war”. According to the researcher, agriculture has been pointed out as the great potential aspect for Angola, but also the energetic production sector and ore mining as providing great potential for development. 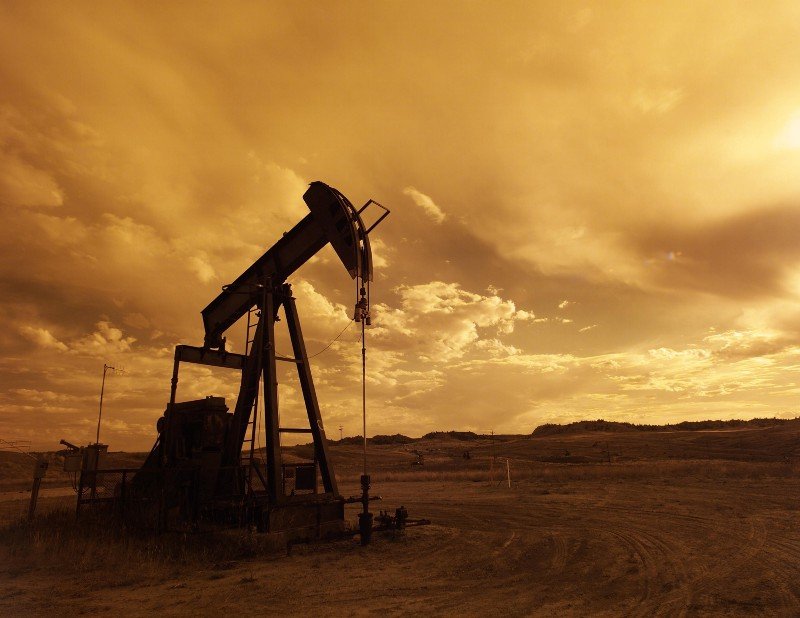 Commodities on the downswing

Until a short time ago, the majority of the fastest growing economies in the world were in Africa, such as Angola, Chad, Ethiopia, Mozambique, Nigeria, Ruanda, and Sierra Leone. The world has seen a new middle class arise, led by young enterprises and accompanied by the 5% average economic growth on the continent. The high prices of commodities and the low exposure to the global financial markets have made the African economy go through the 2009 global financial crisis unscathed. China, India, Brazil, and several European countries have started to observe countless investment opportunities in Africa. However, that optimistic scenario has been affected by the oscillation in the prices of other commodities besides just oil, such as gold, diamonds, bauxite, rutile, lumber, and copper. The reality is not at all favorable for African countries depending on these commodities, such as Liberia, Mozambique, Nigeria, Serra Leona, and Uganda.

Despite the devastating effect caused by the drop in commodity prices, there have been other factors which have also negatively impacted the economies of these countries, such as volatility of the global financial markets, weakened world growth, especially in China, Brazil, and India, an increase in the costs of loans and serious infrastructure restraints, moreover in the supply of electric power.

According to the World Bank, the drop in the prices of commodities represents a significant shock to the Sub-Saharan region in Africa, since fuels, ores, and metal represent 60% of the exportations from that region. In 2011, iron ore was sold for US$ 191 dollars per ton and that dropped to US$ 45 dollars per ton in June 2016.

That price decline affected the macro-financial stability and turned around the positive growth trajectory of such countries as Serra Leona, for example, and affected the trade balance of South Africa that has placed on its rich exportation agenda not only iron ore, but also coal, gold, and other ores. In order to turn this situation around, these countries have sought to create austere measures for improving their economies (see chart)

The solution for ending dependency on petroleum and other commodities according to the Economic Commission for Africa (ECA) is to strengthen industrialization, diversifying raw materials and adding value to commercialized products. The World Bank supports agriculture and urbanization as important sectors for investments. “We have noticed there has been a great effort in the last ten years from several African oil exporting countries in order to diversify their economies”, points out João Duarte Cunha, who is the boss of the energy, environmental, and climatic change department of AfDB. “It is also important to invest in the agricultural sector and produce more. In the energy sector, for example, there is a great interest in investing in renewable energy sources”.

“60% of the water and arable lands are in Africa. We also have clean water and young manpower. Thus, agriculture represents an opportunity for reducing dependency on petroleum and ores”, defends Yemi Akinbamijo, who is the CEO of the Forum for Agricultural Research in Africa (FARA). “We have to be innovators and make agriculture attractive to young people and we have to harness the power of science”. He cites the example of Brazil that has invested in technology to increase production. “And that is what we have to do in Africa”, he assures. “If we had done what Brazil has done in 50 years, we would no longer be looking at petroleum”. 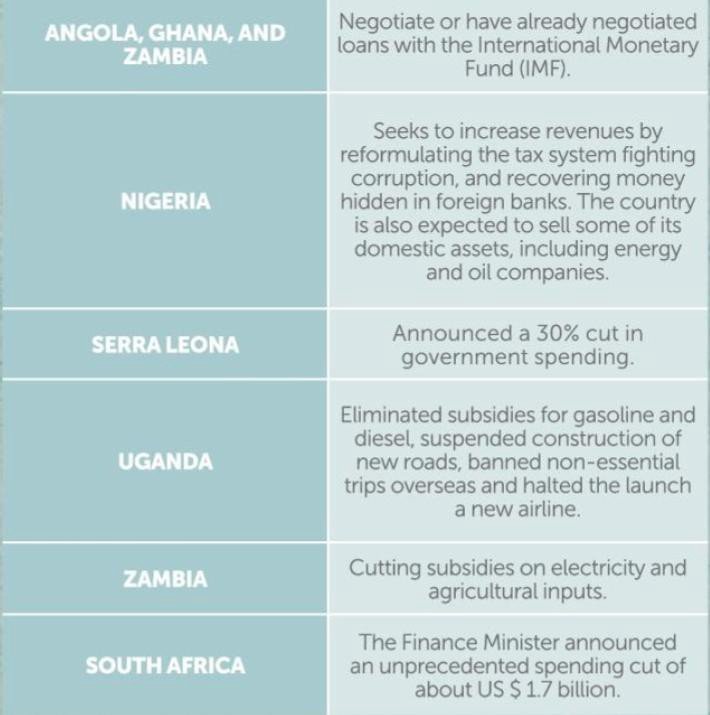 A favorable scenario for those importing

There is a low price scenario for petroleum importing countries, such as Kenya, Ruanda, and Tanzania. The decreased expenses can be redirected to strengthening infrastructure worksites, such as roadways, bridges, and power supply.

The price of petroleum has been oscillating since 2011. In the past few years, a vertiginous drop has been registered and according to specialists, this is not directly related to the 2008 global crisis. The problem is the petroleum supply, which has exceeded the demand. That increase was mainly impelled by the United States that increased its production by 65% from 2011 to 2014 due to the enhancement of fracking. This is a hydraulic fracturing technique making the extraction of petroleum from shale rocks.

A meeting has been scheduled for May 2017 for evaluating the first impacts from the planned cuts by OPEC. Some investors have adopted cautious measures regarding the overall expectation of the market on the efficacy of these measures. One of the reasons is the accelerated production in Libya and Nigeria, countries that have been granted permission for producing more, based on what has been agreed to by OPEC.