The Vice President of Investments and Controllership and Director of Investor Relations of the Brazilian group M. Dias Branco, Geraldo Luciano Mattos Junior, is the new member of the Advisory Board of the Brazil Africa Institute (IBRAF). The executive accepted the invitation made by IBRAF’s President, Prof. João Bosco Monte, during a meeting last Monday (7). 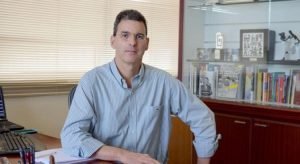 “I received with great satisfaction the invitation that Bosco made me. I think the Institute plays a very important role in bringing the economies of Latin America, especially Brazil, closer to Africa. Most of the world’s development in the future will come from that region. I think it is very important for us to get closer, to get to know the reality, the cultures and economies of the countries in Africa to try to find the possibilities of exchange for Brazilian companies”, says the new IBRAF Advisor.

Leader in the Brazilian pasta and biscuit market, M. Dias Branco group sees a promising path in Africa. “We have started about three years ago to export to African countries. The numbers are still not expressive but we have identified a very great potential for growth. That is why we have tried to be close and we think that with IBRAF it is another way to better identify business opportunities”, says Geraldo Luciano. Currently, in relation to the world market, the company is the sixth largest in pasta and the seventh largest in biscuits.

IBRAF’s President explains that this is the moment when the world’s eyes are focused on Africa. “The agenda of the international private sector is significant within the African continent. Turkey, China, Europe, all of them are investing and Brazil can not be left out. There are 54 countries with investment needs in all areas of infrastructure. Not looking at Africa is going against development”, analyzes Prof. João Bosco Monte.

WHO director-general will attend IBRAF webinar on international cooperation